Advice on NDA with CTO 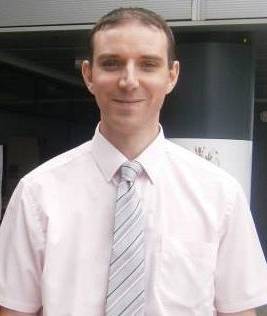 I’m in discussions with a potential CTO co-founder and we negotiating an NDA. He wants to add a clause that does not limit him to developing similar projects to mine and have his ‘hands tied’. The clause only prevents developing identical ideas or unique features to my project.
We both feel ideas are good but it is the execution of these ideas that makes them tangible.
I’d be grateful for any thoughts?

I would have to look at the clause and overall contract. One way around this is to look into a non compete, which will limit him dealing with the people you are associated with as well as anyone he deals with on behalf of your company. Personally I don't sign anything that limits me from working on similar projects. The world is just so connected, and I have found for every "great idea" someone brings me and asks me to help build out in a company, I know of at least three companies working on similar or the exact same concept. You can't expect him to tie his hands to a concept or idea if it is something broad scope.

Way I would handle it. Get your patent. Let him know you have experienced lawyers to back up that patent. Then have him sign a non disclosure to protect him from discussing your elements for 2-3 years after any departure. Then have him sign a non compete limiting him from selling or developing similar projects for any one that you or he deals with in this current venture. If he wont sign the non compete, yeh I would bid him farewell. He has to buy in to an extent and show some loyalty and commitment.

Also, I disagree at least in part with Maxine. Contracts are always about debating and discussing, arguing, and working through semantics. For anyone who has extensive contract experience, "semantics" are EXTREMELY important. So Im not following the logic to just dismiss a CTO if you have vetted him..simply because he is looking out for his future at this point. That is completely normal. And quite honestly, that is admirable in a candidate. It shows that he values his worth...and that if your idea ends up not working out...he has enough talent to work with another company. But again..non compete should clear up a lot of your concerns and his. 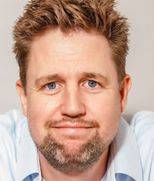 Try the other way around. How would you feel if a potential technical co-founder you met tried to get you to sign a NDA before discussing ways of bringing your project to life, insisting that you could not use any ideas or unique features derived from these talks in this project or any other project you would be working on?

I would never sign an NDA at an early stage. Why? Because your idea almost certainly is not unique - at least not in a technical sense. As technical veterans we get bombarded by idea-people and I have not seen or heard an idea that did not already exist in some form since the early 2000’s. Had I signed all the NDA’s that had been presented to me during the last 20 years, I would not have been able to have a normal industry-related discussion with anyone (including people here) at this point without fear of inadvertently breaking the agreement.

Now, a non-compete is something different and may come into play, if you actually form a company, both work for the company, build a product, take it to market and make a profit. However, if you actually build a mature, successful, profitable company, why would your CTO decide to jump ship and start all over on the same exact idea and same execution?

Until that happens, I would balance the odds of someone stopping whatever they are doing and dedicating the next 10 years of their life to stealing your idea to the odds of your idea getting better by being shared, discussed openly and refined.

Look at it from this perspective. I had 3, more or less same mobile food truck service companies approach me to be their CTO and Product Manager, I can help each one of them because it's not very complicated solution/product and save each of them a lot of money and time in the process, but since I don't control the execution of the sales/biz dev process or make overall decisions for each company it would be inappropriate for me to be locked into one of those companies. In a way, I am just a service provider of technology and product development and because of my experience of almost 3 decades I can produce far more results than less experienced but dedicated CTO. I also know that most startups (~99%) which I don't control will fail (smaller % for the once I do) while at the same time there will be multiple startups who would be attacking the same market who will also fail.

Most inexperienced entrepreneurs think that they have something unique to protect, but they are not. Don't be NDA sheep. Execution beats all. In the past 18 years or so for all the dozens NDAs that I signed not a single person after NDA was signed and we talked, sent me a list of what is protectable and confidential as NDA specified he should do or told me during the discussion what is confidential without me pointing that it is a publicly know thing.

Most non-competes in California and number of other states would be nullified by the court. Patent what you can, but doing a patent is also can make your project fail because it takes $10-20k whihc could be deployed into getting customers instead and weeks or month of your time which you could have been moving your project forward instead, but you didn't. Don't wast your time on NDA nonsense unless you are 100% sure that what you have needs protection. Write explanation of what exactly you want to communicate that is protectable, and if you can't then there is no NDA needed. A lot of contract developers would not even sign NDAs.

Dane, You have no idea, nor do I or anyone else whether the individual is looking to compete. You make this assumption with your advice and it is a risky assumption. The purpose of a non-compete is to protect the founder, in this case, from building a business around his unique idea, building up customers and partners, and then having an employee start a business with a similar or identical service/product and then utilizing the customer/partner base that was built from the original company.

I agree with what you state about founders, and vesting. One of my biggest annoyances is would be "ceo's" of startups who are really not CEO's...and want to bring in people to build their company from scratch but treat them as employee's and not founders. At the same time though, even with that, again you make an assumption that just because the co-founder is vested he wont go off and form a new company based on the current product. Yes, great way to mitigate the risk of that is by vesting. But, opportunities arise all the time that, even with vesting and co-ownership, could encourage the founder to jump ship. Hence the non compete adding protection. Example would be that a partner says "Hey....cofounder...I know you are working for this startup we met through. Look you are smart...Im well funded unlike your startup...I can pay you twice as much if you use your knowledge and skill with me." The NDA will in part prevent discussions with the competition, but if the competition alters or can somehow prove that the partner they stole did not disclose protected information....where does that leave the first start up? Even the non compete wont fully protect but its added protection.

Hi Guys, thanks for the responses. Firstly we are in early discussions and are still writing the clause. Secondly I don’t believe in discounting a Co founder because he wants to negotiate the legalities, to me, this shows experience and due diligence.

However, what I don’t want to do is leave myself open for him to walk away from my project and work on similar projects in the same sector, albeit my IP/ideas are protected.

I think there could be some middle ground. In an ideal world, I would like him to commit fully but I know he is already involved in other (non related) established startups.

I think the first step is to establish trust and see if we feel we could work together before discussing specific project ideas and IP.

You'll need at a minimum non-compete clauses with significant time windows to protect yourself. Anyone coming into a startup immediately demanding carve-outs for his own future work is a huge red flag - the potential for abuse (intentional or otherwise) is unbelievable, and you'd have no legal standing for recovery. My suggestion? Either he FULLY commits to YOUR project or you kick him to the curb. We know this issues extremely well, having issued patents on significant I/P in the cybersecurity space. 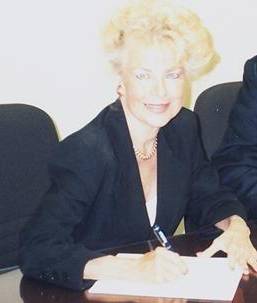 If you are already debating the semantics of " What is/ is is " get a new CTO. The next debate w/ be " what constitutes "of great CTO The world is too full of great CTOS - some w/ a lot of money- At this early stage to belabor angels on the head of a pin is a red flag for me - and just wait for fireworks when there is some REAL money involved--- Best Regards, Maxine Pierson CEO MJ BIOTECH, INC. www.mjbiotech.us maxinep@aol.com

Interesting blog on this subject:

I disagree with several of the answers. The person is not looking to compete; they just do not want to go a direction for some period of time then be unable to pursue or use the knowledge they have developed. A determination of if a person is competing is subjective. You highlight "identical" yet that too evolves. What is identical at inception (when the NDA is signed) will be different next year. This issue is a function of this person not being a "true" CoFounder (a hot button of mine) but rather a window dressing title to make an employee-employer relationship. If you want a true CoFounder, they have to be as vested in the success of the business, emotionally and economically, as you. This is the best form of agreement. One where both have too much to lose to walk away.