Are Full-Stack Developers in the NYC area interested in becoming a Cofounder/CTO for only equity?

For start-up companies, it has become increasingly difficult to acquire high quality programming talent while being cost efficient.
Would a full-stack developer consider receiving a large stake via equity and a cofounder position in the company in exchange for foregoing salary during the early stages of product development?

As a architect level software engineer and entrepreneur, the answer is "potentially" -- but it is rare. First, you should know that talented software developers like myself are CONSTANTLY approached by people who want us to build their product "for free" (in our eyes). Many have families and obligations, and aren't in a financial position to take that kind of a risk. Additionally, you will need to bring something fairly substantial to the table. What are you contributing to building the business and how does the developer know that, should he or she build the product, it's going to be a financial success? Just know that we're constantly approached...

I am confused why someone would say "um...no," or that it is rare. Aren't a lot of businesses built with two (or more) co-founders and one being technical? If the answer is yes, how are these partnerships formed?

The answer is of course, YES!
I can say this from experience. I have had 3 different CTO co-founders in the past for various projects that I used this exact style of agreement for.

Of course there is ALWAYS a way to do anything you want to do. How easy and fast will it be? Probably not that easy, but if you really want it, you will find a way.

Having a good CTO is like trying to go out and find a really great new friend. You can't force it. You just have to put yourself out there, meet a lot of people and eventually it will happen if you want it badly enough. Founder Dating is also a great resource.

It also helps tremendously if you've already done some up front leg work. Examples are:
-Find a seed investor
-Done some smoke tests to good results
-Build some partnerships
-Do some competitive/marketing analysis
-Built a readership list/blog with followers
-Started a community around what you want to build
-Become a good front end designer
-Take UX courses and become a UX expert

There are lots of ways to offer value in a startup besides just the code.
If you want a great CTO, I'd do a bunch of that legwork while you look. Each day you build your business before you have the CTO, you become more appealing.

You are really asking:

Is it possible for me to find someone willing to do "x" in return for "y" and will that produce my desired result.

People are giving you their opinions, based on their experience, but its incredibly difficult to answer because the truth is, it depends on you.

What I'd recommend is checking out a site like mixergy.com and listening to interviews. You will see that startups found their cofounders in a variety of ways. These include:

I think its more about you. What can you MAKE happen? Check out this article:
waitbutwhy.com/2015/11/the-cook-and-the-chef-musks-secret-sauce.html

Depends on who the other co-founders are.  If they aren't technical, what are they doing to show their competence?  (and needing a product to sell otherwise they can't sell anything is not a valid excuse)

If you aren't making money, or have users, you just need an MVP right now.

Is your cofounder looking for a job?
This seems like it's part of a larger conversation that needs to (but often doesn't) happen in entrepreneurial circles:
What, exactly, does it mean to be a cofounder?
I see and appreciate that individuals want the value of their hard work recognized and compensated. BUT being a co/founder generally means taking on risk in exchange for the potential of higher reward.
If one founder is going to compensate a "cofounder" at market rates, regardless of the performance of the resulting product in the marketplace, isn't the cofounder actually  an employee? Would an employee have equity participation at the same level as a "cofounder"?
There's nothing wrong with wanting the (illusion of) safety and security associated with having a job as an employee ... but being a cofounder is very different from being an employee. All of the cofounders need to have crystal clarity on expectations with respect to risks and rewards. 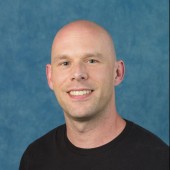 Time for a reality check.
You are asking someone who has at least $150,000 of earning potential to donate an unlimited amount of time and energy for a worthless piece of paper (stock), all pursuing an "idea" that, even under optimal circumstances, will almost certainly fail.
Anyone who agrees to this proposition suffers from impaired judgement or a complete lack of more attractive choices, neither of which bode well for your already-doomed startup.
All sustainable relationships have to be reciprocal. In your proposed scenario, the full-stack engineer of which you speak holds the entire balance of power, because they have the ability to create value by translating their knowledge and skills into working product. Unless you bring more to the table than a worthless idea, a worthless piece of paper, and possibly a worthless title, then you will not be able to create let alone sustain such a relationship.
What do I recommend?
First, look to your network. If you don't already have deep relationships with full-stack engineers -- relationships that establish mutual trust and respect -- then you're almost certainly doomed. On the other hand, if you DO know someone who trusts your business acumen, based on your track record (not necessarily in the same area), then there's hope you can form an alliance.
Most likely, based on the question, you don't have any relationships with full-stack engineers who would trust you enough to accept this risk. In that case, you're almost totally screwed.
I say almost, because you have three remaining choices:
I tell you all this not to discourage you, but to present the facts. If you have an idea and are passionate about it, then you can make it happen. But don't expect it will come easy or for free, because it won't.

Have to agree with most of the other posters - It really depends on what the other founders contribute to the business but in most cases its not worth the time of a high level full-stack architect.
If its just the 'idea'/'business knowledge', then most high-level technical founders already have (too many) ideas, so why would they take just a smaller portion of equity and work for free on realizing someone else's idea.
If the other co-founders could contribute financing/investing, huge network etc, then it might be attractive.