Are there any financial banking solutions that do not require a Social Security Number or a Tax-ID? 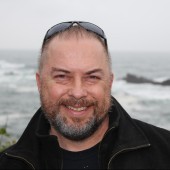 For business people who are distrustful of the current governmental regulations or are foreigners who want to establish themselves in a banking system not tethered to the tax authority.

Bitcoin isn't a banking solution, although it is apparently useful for laundering. Whether you bank in the US, Europe, Asia or the Caribbean you are required to provide evidence of who you are (Know Your Customer or KYC) and submit to anti money laundering checks as a "fit and proper person". US rules are strict but you can overcome them if you bank with certain international banking groups and are either a private client or of similar status. They will often open a US checking account for you personally using that relationship. I know HSBC will do this for instance if you are a Premier account holder in another country that is regarded by the US as friendly.
For a business bank account the situation is different. Generally, as a foreigner you can only be an officer in a C corp or listed company. For those types of entity you need
And that should get you there. 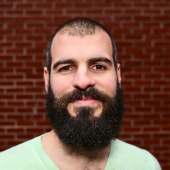 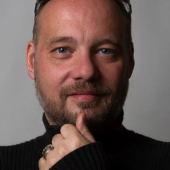 It depends on your country and their requirements, but I have been looking at solutions that include a hybrid of bitcoin and karatbars.

I was told today that karatbars has both a gold storage service, and a Debit Card linked to gold reserves, depending on which countries you are operating in ;-)

@Dixon Jones, I think everyone would agree that investing in Schools, Medicine, Space Programs and Road/Infrastructure would be a tax worth investing in. That would certainly be the correct thing to do.

But being extorted to pay for terrorist activities, wall street bailouts and that circus that is sometimes called the senate is problematic when considering a functional return on any tax-investment.

The question is asked to "avoid" not to "evade" the extortion racket called taxes. The monies taken are pooled and spent on non-viable and extremely wasteful expenses in areas that do not provide good solutions for the country as a whole and that is worrisome.

The distinction between the tax authority and the mob are becoming indistinguishable as of late and seeking methods to channel monies through more appropriate channels without being diverted through wasteful channels is just being economically sound and smart with ones income.

So many state trolls...
I'm currently operating with a wagecan debit cart for provider that won't accept BTC directly, and I pay 1.5% of commission at BTC to dollar conversion, rest of it is pretty much without cost. Also have providers that accept BTC directly, with is getting more popupar for international ops, is a really fast and cheap way to transfer money. So providers payment is fully handled.

Also I head that you can easily open accounts on hong kong, but I don't know if they provide credit card merchant accounts, what I'm pretty sure is that if they do, It's no available in my local currency, so for the sales income I'm setting up a full legacy system bank account, and merchant account.

About Myself: I was the #1 Mortgage Originator in the US in 2010-11, Co-Founder of Sindeo, and recently started RealKey.
There are options available in the US using I-TIN numbers. You would use utility bills and such to evidence credit history instead. I've done it, and it is still being done.

Can you hide the fact that you are the ultimate beneficiary in a financial transaction from the IRS - Is that your real question? If so the answer is yes, but you will definitely complicate your affairs by establishing a structure across several jurisdictions using corporate trusts and holdings in non- transparent registration countries. This 'layering' is questionable but not illegal. Does it limit who you can transact with? Yes. It is expensive, inconvenient and subject to probes from tax authorities. If you are trading and living in the U.S. Some portion of your activity would have to be visible or you would find life impossible unless you were moving $bn's around. If you simply want to avoid tax then consider forming a church as John Oliver so poignantly exposed recently. Totally legal and completely tax exempt providing you can form and maintain a congregation.

The only ones I know of in the US are pay day lenders and they are very expensive and don't provide a very full list of "banking solutions". Otherwise you might have to deal with the Mob to do this.
Not to get too political here but while govt. regulations can certainly be misused, don't forget they do a lot to hold the banks accountable. Without them I'm not sure I would trust that my money would come back to me once I converted it into bits controlled by the banking system. Hell they don't even sent back paper checks anymore. Remember paper checks? 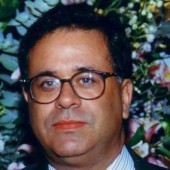 Offshore institutions, those beyond the reach of the IRS.

Or you could just pay your taxes. Really, that's the right thing to do.