As an early stage startup, do you go after a single or multiple target markets?

If you have a startup, which has either done or finishing its MVP, you will need to start addressing your target market(s).
You probably have done your SPA exercise (multiple times, including other people to review it with you) to determine which markets you will address first. If you haven't done so, and you have finished the MVP, you are working on your startup a little bit backwards.
Here is the question. Do you start addressing a single target or multiple at the same time?
Why is this important. If you pick just one, it has to be THE ONE. Meaning - you don't leave any wiggle room for mistakes. You will dedicate all your energy and resources addressing that single market, and if your analysis were false, you just immensely  increased the probability to fail your (otherwise probably a feasible) idea.
On the other hand, addressing multiple target markets allows you to adjust, discover and re-target on the fly. You will not be able to dedicate as much resources to a single target, but your chances to fail are reduced. It is called - diversification :).
So, with a single target (vertical), if you pick the right one your return will be huge (potentially). High risk.
If you go with multiple target markets (verticals), you will have much less return, but low risk.
I am in this kind of situation right now - I need to review my strategy and decide, should I go with the initial 4 groups of customers I have defined using SPA, or take the first one (best SPA score) and to with it. 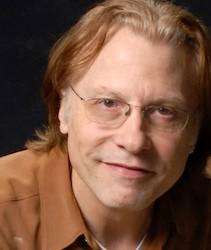 Nickolay, what is the definition of SPA exercise?

The best form of marketing is focused and personal. To get your best customers/pioneers, you need to be personal so if your advertising is full of gimmicks and glow words like New, Free, Save, etc., people will trash it. If it says something to the effect of,
"Hi Henry,
We have a system that (solves this problem) and we are able to accomplish this in an affordable and timely manner. We would like to provide a demonstration for people in the Dallas area and wondered if you would be interested?
All the best,
Bob..."
That kind of message will build relationships. Also, let the pioneers help you by asking them their opinions and direction. If you use it, they will, all the more, want to see you succeed so they will tell their friends and also tell them how they helped you. Word of mouth is much cheaper and more powerful than paying for mass media to send a generic message to all markets and receive little response.
So long as you don't make the typical entrepreneur mistake of thinking you are going to be filthy rich as soon as people hear about this so lets blow all available cash on mass media, and you are willing and able to take the time to build it in a balanced and prolific manner (not too slow so you never make a profit or too fast so your production and quality can't keep up) then you should be fine. I am definitely against multiple markets for startups unless you are starting with $10,000,000 and a startup cost of $50,000.

focus on one and get it right before you broaden your scope.  Are you selling directly to consumers or businesses?  You must have used some criteria to evaluate the problem that you are solving and for whom you are solving it, right?  If you have done any sort of product/market fit analysis and homework then you should be able to apply your evaluation criteria to refine and define your IDEAL prospect.  You want to actually go talk to your prospects face to face (ideally) so get very, very focused.  If you are selling to large businesses you should be able to define your ideal prospect down to a small handful of companies.  Go sell to them and get them referenceable.  leverage them to go get more customers like them.  With each customer you will learn more about their competitors and customers which will help you identify more prospects.  Same goes for SMB too, but usually with a geographic filter applied.  Be careful not to paint yourself into a corner by making your product so customized to your first few customers that you limit your expansion to new markets.

@ Rob, this is easily said, but I am yet to see anyone that has actually done that. I mean - sell a vision w/o crafting a single line of code.
And there is reason why it is NOT possible. We live in times when the idea that an idea can become something big, is really big. And this idea is being pushed through every single channel you can think of - movies, social, tv, books, even companies' stories are built around the idea, that it was 'the founder's big idea' that mattered. Because it is sexy. As a result, we see huge spike in startups.
Now, if you have a huge supply of startups, you will see big competition for resources. Resources include developers, investors, salespeople, and everything else involved in the 'startup economy'.
When you have huge competition like that, whatever you are offering needs to be better than the next guy, or you stand no chance. This is the key. That is why you have to build your product. MVP is the compromise to build something useful to test your hypothesis vs building the real product. The MVP should be good to compete for investors' money and to do that you need traction. To have traction you need sales. No salesperson will go around with bunch of printouts with your vision and actually be able to sell it. People are smarter that that and it has been like that for some time now.
Of course, you may find a genius, amazing sales person who can sell, before you need to build the product. And his story will be propagated all over the Internet, movies, books, everywhere. Some people will believe, but they will forget the facts that this genius was also well connected, had previous companies and probably the economics to spend the time to go around and sell w/o pay for a long time.
Sure, I might be wrong, but this is what most of the entrepreneurs experience (at least the ones I have met). In our current market situation, having a product to sell is the only way I see it for a startup to progress. In my opinion @Ema's view is much closer to the reality.

You want to focus on the one market that will allow you to:

-          Credentialize your product and establish your brand

If more than one market meets these criteria, you will have to prioritize based on other factors (adoption, competition, timing, etc.)

Mistakes/things happen.  You will be judged more on how you respond to them than the fact that you made them.

You need to risk assess the alternative paths. As you say, if you focus on one, and you're wrong, then what? But if you try to focus on two, you may not have the bandwidth to get either one right. (From my point of view, the more the target groups have in common, the easier it is to go for both.)

focus prioritize and give result

It amazes me when the advice is to stick to one market until you get it right before moving on to another. This is true in some cases. However, it does not always apply in today's global market.
What happens when you are too focused in figuring out one market, chances are you are skipping out on the actual ideal market because you thought your first market is your ideal market.

I would put it this way (like we say in finance) "diversify your portfolio". It's true startups are strapped for limited capital. But assuming you have 10k, instead of putting all in one market, I would divide that 10k across multiple markets. Test them all. Moment you figured out which market is responding well, pick out a time period and focus all in that market (for a certain time period). Then go back and resume serving other markets, when you are fully equipped.
Bottom line, go multiple, come back single.

The biggest  scarcity for startups is resource. Limited cash, limited people, limited expertise. When your resources are limited, the absolute worst thing you can do is split them further chasing 4 or 5 different targets, you'll just end up missing them all. You can do some research to understand the resonance of your idea with the target but my guess is that you'll instinctively know. I would test your thinking by asking yourself why your target will love your idea or why they'd reject it. Maybe ask friends or advisors for similar input. Either way, be focused and put your resources against a target you think will work best - I've signed of many plans over my years with Diageo and P&G and I never rejected a plan for being "too focused", I rejected MANY for being unfocused! Best of luck!

@ ema, that is precisely the idea.  The advise is to spend your time upfront to evaluate all potential markets to define your ideal prospect, preferably before you design and certainly before you build your product.  Then focus your efforts on your ideal prospect profile and establish a beachhead in that market before you spread yourself too thin.  The OP stated that they have finished/are finishing their MVP so presumably they have already identified multiple potential markets. Ideally they would have already defined their ideal prospect, met with several of these prospects, designed their MVP to address the needs/pain of these prospects and hopefully signed some contracts and better yet, got some $$ from these prospects and THEN sat down to build their MVP.  keep that $10k in your pocket and get out of the office and go meet with prospects face to face and solve a real problem that they will pay for (i.e. sign a contract or give you $$) then spend that $10k on development.  use a rifle not a shotgun.