Build vs. Buy; How do I prepare for the objection?

I've had a couple of conversations with a potential first client, and am now facing the main decision maker: their Head of Internal Innovation. Having taken a look at his LinkedIn profile, I'm anticipating the objection of "why buy from you, if we can build this ourselves?" How should I prepare for this potential push-back?
Here are a couple of things to keep in mind:
1.  What I've demoed thus far is my MVP; I'm tempted to say that it's a 'simple' yet powerful offering (which he could say as well), but realize that simplicity is objective.
2. It cost me around $1300 to build; he doesn't need to know that, but I realize that he's just as inclined to offshore development as I was
3. I'm considering offering a one-time fee as a first client, with a life time of FREE updates. My thinking is that in doing so, it would be a more attractive offer to buy, vs. facing future costs of maintaining themselves.

1. It's great to be prepared, but 90% of what you think may happen never does.
2. Sell the vision, not your MVP. That is, paint the bigger picture of where you can take them and it'll be clear that it's not something they want or can build themselves. 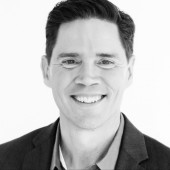 "I'm sure that like many other companies I talk to, you probably don't have a lot of excess development capacity." (start here, because no one in an IT role wants to send the message that they've got idle developers). "By leveraging our platform, you benefit from [value proposition] and allow your team to stay focused on your core competencies. And as we continue to evolve the feature set, you'll benefit from this long term at no additional cost." 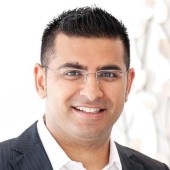 I would suggest you try to argue the case from the other side yourself and you will soon see the pros and cons of each. Then take the cons of buying and see how you can address them. Few points to emphasize would be as follows:
One of the main issues I have had with buying is that there is always something that needs to be custom built so try to anticipate that and see how you would offer to solve that issue.

The clue is in the job title - Head of Internal Innovation.
His job isn't to buy stuff - it is to make stuff happen using his own people.
You have two choices:
1. Walk away - he is playing you to learn how to do this internally.
2. Change this into an "enablement" pitch - helping his people to do this themselves.
There is a further point.
The idea of a "main decision maker" is a twentieth century one, based on sales calls. Sales people didn't want to waste their time on a journey to a client and relied on the single decision maker to spread the word internally. In those days it was easier to communicate within the company than outside - now it is the opposite.
In the modern sales process, if he is really keen on your idea, he will be introducing you to other members of the team online, asking them to examine your proposal from their perspective and contribute to the decision.
If you don't get that openness and wider involvement, it is probable that he is either not confident in you, or taking a flyer on something the company hasn't sanctioned and wants to be certain before putting his neck on the line, asking for funding etc.
The answer - open up the decision team - ask for who would deploy, contribute to the decision etc. And do some background research - find other likely team members online and see their capabilities, what they are working on etc. 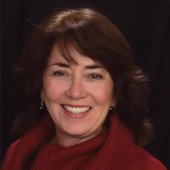 Lots of good advice.  The important thing to remember is you're in the middle of a negotiation and you're already going straight to price in order to win the negotiation.  Your prospect most likely knows you're hungry and is using that to his advantage.   I agree about selling the vision - have a product roadmap handy to show where you envision taking the product.   We've done customer research for a number of clients with enterprise solutions.   The resounding theme from their customers is that they expect to see industry best practices baked into the solution.   If they do a build themselves they will not gain the benefit of how other customers use your product that you will eventually incorporate as you evolve the product.

Friends,
By way of update, I had my meeting today with the Head of Internal Innovation. I remained confident, sold the vision of my product, and gauged his feedback. As it turns out, the organization is NOT looking to build a solution themselves, and are open to piloting various solutions to find the best fit.
As Micheal Brill mentioned in the first few responses, "90% of what I thought would happen, didn't happen." Thank you again to everyone for your advice and support! Will continue to keep you updated. 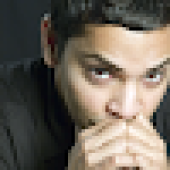 I would say that everytime we try and counter "Buy vs build" with a response that is tainted with self-interest, we lose.
Instead try and be objective about the situation and communicate in that manner. A professional should only "sell" their services to people who need them. An ethical doctor won't treat a patient who doesn't need treatment. In the same vein, we too should only sell to clients who actually need what we have to offer them.

It sounds like you are having a crisis in confidence about your product.  On no account let that show.  Research shows that people buy from people they believe in so avoid giving away too much up front.
you should be able to position yourself as the expert.  This is the one thing that you do and you have spent a long time researching it and know what works.  If your customer wants to go on a journey of discovery for themselves (Head of Innovation may be thinking that) then it is hard to argue, but most customers want results not discovery so you can cut out a lot of dead ends for them.  If they really want the learning from the development then they are the wrong customer for you so learn from it to refine your ideal customer archetype.

How do you make the Head of Innovation look good?  By helping him to get new capability delivered.  You should argue that by partnering for innovation you are both getting a win-win, but that your specialist expertise will help him get there faster.