The conventional wisdom I hear is that the environment for game developers is too crowded, that smaller independents need not apply.  Does everyone agree with this?

It's tough. The mobile games market is heavily saturated with cheap $0.99 games and many freemium titles. Despite the name, freemium games make the most revenue-- Supercell, the makers of Clash of Clans is valued at roughly $5.5 billion. Freemium games make their money through viral feedback loops that reward players for in-game purchases. Heavily integrating item purchases and rewards into a game changes its design, and usually results in a game with less depth but more appeal to a wider, more casual audience. As a result, mobile games have earned a bad rap from many "serious" gamers. It's not unusual for a PC game on Steam to get bad reviews because it's a port of a mobile title.

Instead of making games on mobile, many developers now turn to Steam with the hope of earning higher revenues, which typically means just making enough to survive. Some developers can see a jump from $1k-3k a month on mobile to as much as $50k within their first week on Steam:
gamasutra.com/blogs/DavidGalindo/20140109/208337/How_much_do_indie_PC_devs_make_anyways_Part_V.php

And Steam will have a few breakout indie hits every year that make their developers millions in revenue.

But Steam is changing. Of course word has gotten out that you can make some serious money on Steam, and Unity makes the barrier to entry pretty low. Steam continues to accept more games on their service, and it's already crowded. By getting your game on Steam you are no longer guaranteed success.

By opening their marketplace to more indie titles, Steam has seen a backlash of players complaining about being ripped off by paying for low quality titles. Future sales on the platform could be hurt as a result. To counter this, Steam recently instituted a refunds policy that can be redeemed for any game within 14 days of purchase and 2 hours of play time, no questions asked. As of its release, users can also request refunds for purchases dating back to 6 months. Yes, that means developers will need to refund money that was already paid to them by Steam. Only time will tell how this will affect indie developers in the long-term, but many anticipate it will have dire consequences for their revenues in the short-term.

As I said, the barrier to entry for making games today is fairly low. In the 90s and early 2000s, making a game was a highly technical endeavor, with teams having to write their own game engines or license an expensive one. But Unity and its assets store makes developing high quality games achievable for the smallest of teams. Artwork and design now take precedence over technical ingenuity. Most high quality titles I see have only 2 people full-time-- one artist, one coder-- with music and sound effects contracted out. And I even see amazing work where individuals are responsible for all art, code and music. So the biggest challenge today isn't building a game, but how to get the word out in an overly crowded market.

In the old world, players relied on traditional media outlets to learn about games. Gamers would read magazines like EGM and later websites like IGN. Today, gamers are increasingly ignoring the traditional news outlets and are discovering games by word-of-mouth on social networks and from high profile players on YouTube and Twitch. That's why Amazon paid $970 million in cash to buy Twitch, because it's a huge advertising platform for a > $46 billion industry.

Unfortunately, there are plenty of developers who think making a high quality game is enough to guarantee their success. "Build it and they will come" simply proves to be wrong after a game has launched, and countless good games only fail because of their lack of exposure. Many developers will stick their head in the ground for 1-2 years making a game, only popping up right before launch with a half-baked marketing plan. That means launching a poorly designed website, creating new Twitter and Tumblr accounts, and contacting bloggers and YouTubers last minute about their game. The indie devs who succeed are those who continuously send press material to bloggers and YouTubers, work to acquire followers on Twitter and Tumblr by posting updates, and keep engaged with their fans on Steam all throughout the 1-2 years of development. Marketing an indie game should not be an effort that starts right before launch, but sadly many developers do just that.

In the past, the challenge for game devs used to be the difficulties around developing and distributing games. Today, devs need to figure how to effectively market their games so that they can get enough exposure to succeed. 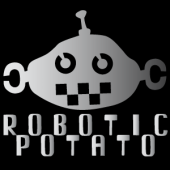 The games market is more crowded than ever now, but honestly, that's not saying much.
Because games don't actually take up space, people just keep buying more and more of them.
The guy who says Pizza is right. People just can't get enough games, and it's more than possible to topple an existing chain or live in the same space.

It is the best time for indie developers right now for the exact same reason that the market is now saturated: the costs of new development and distribution have dropped to near nothing. Open source game engines and development environments are thriving, and even the proprietary tools are using pricing models to charge only after great financial success based on royalties, rather than the old before-use license fee model of Adobe and Autodesk. Game console and platform distributors are clamoring for "most indie" cred by opening up their downloadable content stores. The price of experimentation has dropped so dramatically that big and small developers alike can afford to throw every idea at the proverbial wall of players, to see whatever sticks. The difference is that small startup developers can throw more ideas at the same wall faster, with lower entrenched overhead and technical debt costs.

whenever I think about a market being saturated I think of pizza hut, then little ceasars, then papa johns.  Even more so with video games.  Who knows what will be the next angry birds, but there is always room for a cool, original game.

I believe that that kind of conventional wisdom mostly comes from people who are expecting that the market itself would prioritize the discovery and purchase of their titles - shared by a lot of indies who aren't (or haven't picked up someone) minded towards business.
The new and young studios out there that are truly successful in the market aren't the ones that are leaving (pretty much anything) to chance. It is true that indies have less of a budget for the kind of marketing that would lead to the mass appeal that a large studios titles would have - just being sufficiently dedicated to spreading your (own story), your game work, and anything else that you do could help to generate a lot of interest - the kind that could easily turn into financing your next title or more. There are a ton of communities out there dedicated to indie gaming, and independent game developers.
The other thing would be that more indies need to do more to hedge against potential insolvency. Many are only looking at their "signpost" (so to speak) project. But failure is something that happens to all of us (and the best of us) so whether it's trying to leverage technology that you created, contracting out on middleware, or something else if you are going to run a studio of any size (that hasn't had a few hits, or at least has some money in the bank) you will want something to fill the coffers - the best bit is that this kind of work ultimately helps to increase your studios prestige (many have been started by developers who worked on X or Y) and gets more people looking at your work. 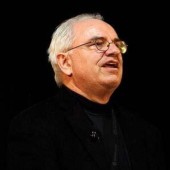 A lot of wisdom has already been posted above: You have to be listening and reacting at the same time that you're envisioning and innovating, a difficult contradiction.  You have to invent a way to get noticed in the crowd instead of just assuming you're attractive and people will throng to your side.
Game development has always been a tough business, but in each era it's tough in a different way. Those who mastered it during the 1990's and early 2000's learned all their skills and tricks in a world where there were 25 major credible independent game studios in the world, we might have 18 months to do a project, people will pay $60 just to start to play, and precision was the most valuable skill.
Today, there are probably 25,000 credible teams, we might have a rough prototype up in 18 days for a game users only pay for in snippets and only if they like it, and we spend much of the development cycle watching users play and then evolving the game from there.  Precision is now the enemy, while speed, adaptability. understanding how to monetize, and the "lead when it's right and take audience direction when it's right" trade-off dance are the key skills.
I talk about these issues in depth on my website, but that's an oversimplified top-line response.  Hope it helps!

I agree with the above, but how cut through the clutter and get noticed? Can you growth hack a game?

I think the key is distribution. The reason most indies fail is for lack of.

Add to that increasing customer acquisition costs and high player churn, and it means that most games have to wade through a LOT of  interested prospects to get to a base that will allow the game to be fully monetized. The fact that 75+% of games today are freemium also complicates the picture, especially if your model is subscription and you have no brand recognition in the market or an existing franchise to leverage.

Last stat I saw was that only 4% of video games ever make a profit. There's a reason..

Being indie developer myself for a 4 years already, I learned a lot about the market. Is it still interesting - more than ever, is it saturated and overwhelmed - of course, but all the time, each year we see couple of indies become a giants with 1 game only. So there's always a chance for indies, but no certain recipe of success. Everyone has own road. You would never know why stupid goat simulator with absurd phisics and gameplay ripped the tops while there are tons of really beautiful and awesome games that failed.
Same about flappy bird and two dots. Now you have equal chances to become a gamedev star with a game about poo that costed you almost nothing and fail with AAA looking game on which you've spent millions of dollars. 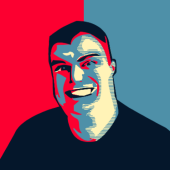 Its not a given, but its possible. It is easier to thrive in other, less hit driven markets.
The real kicker is how badly Apple, Google and Facebook gouge your profits.