CTO walked just as we got our first big break! What to do?

We've got a slightly buggy MVP of a marketplace for manufacturing and engineering.
We just launched a couple of months ago and have almost 100 businesses signed up. Lots of interest.
Last week, our CTO told us that he's tired of the startup life, has a good job offer and can't keep working on the startup.
Just as this happened, someone got in touch with us and said, "this marketplace is exactly what we wanted. Can we pay you some money to re-skin it and deploy it with our name/logo?"
Now we're at a crossroads. We quoted a fairly high price, which they did not say "no" to. This money would fund another six months of debugging, development and growth. But we don't have someone who can do the work. Can anyone recommend a (preferably Israeli) Node.js developer who would be good to work with part-time for six months followed by a CTO offer if all goes well?

One other option to think about: Could your existing CTO contract it, or is he just flat out done? It will take longer if someone new has to ramp up on it.

I'm hesitant to judge the CTO's coding abilities from the information in the parent post. One founder's "slightly buggy" might just be normal stuff you'd expect after a v1 launch, or could reflect the rest of the team pushing back on standard QA processes like automated testing. It is even possible that he did what someone versed in the industry would consider a good job, then walked because the nontechnical people on the team had unrealistic expectations of what was possible / how long things should take / how much rework to expect. There might be another side to this story that we're not seeing.

But whatever the reason, he's gone, so I agree that putting a new team together is the obvious long term step. In the meantime, since there is business, use the resources available to you in order to bridge that gap. That might mean getting the CTO back in on some reduced basis, or hiring a different contractor while you search for talent.

We are VA based firm, specialize in product development. We do node js, java, mobile apps(native as well hybrid). We are AWS consulting partners. Our Dev is in South Asia, but ux, architect is in the usa.
Lot of our work has been fixing and taking over messed up products and we have done it successfully many times, and have great references.
Ping me if interested.

One of the first thing Boris mentioned is a buggy MVP. Not sure how strong the foundation is. Many of the developers are good coders (which doesn't seems to be the case here), but they may not be a good CTO. I guess core developer and CTO should be the different people unless your product is core tech platform.
Going forward, it may be a good thing your CTO quit. Do you want to continue with someone who created a buggy product, and walking out when you landed 100 customers and big contract? No serious startup friendly person will quit at this time, but everyone circumstances are different, so whatever is the case, he is gone.
I suggest you get a good team that focus on building a strong foundation, and build a scalable product.

Sorry to hear about your predicament.

If you don't mind a non-Israeli company as technical partners who can help you, we have the team.

We are technical partners to couple of companies who were start-ups many years back and it has been an ongoing development and maintenance relationship for more than ten years.

We have team members with Node.js skills and if you interested, we can talk.

At the same time, white label product deal may be a good option even if the price is not that high. You can offer a lower upfront for customization, and then support that covers both yours and their development. Make sure you negotiate "powered by" display so you get visibility. You don't want someone making money off of your tool on just some flat price deal. 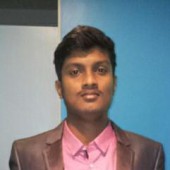 Boris,
I second Michael Barnathan on 2 points and from my past experiences.
1) When you are building an MVP, alpha or beta versions, you will be quite open or realistic about the timelines and it often happens that once you see that there is some traction, the team tries to set unrealistic goals and the job of developer/CTO becomes very tough.
2) I do believe that working out a contract with the CTO is a really good option, because with a new CTO/developer the overhead(3 or 6 months based on the product/service platform) will be quite significant.
3) While you contract the current CTO, you can ask him as a part of contract to train a group of interns/devs about the platform and stack. If contracting is not an option, then definitely hire an experienced lead/Senior dev and put a bunch of interns to work and train under him. I do agree with you on not hiring a CTO directly, there are own set of problems which come along with it.
4) As far as hiring a Node.js developer, be open to a developer who has experience using multiple platforms and in the long run if there needs to be a change in the stack or a need arises to use a different framework, the developer can handle the transition smoothly.

Doing something part time for pay seems fair. It doesn't sound like the dev is going cash free during that period.

in my line of trade ( real estste brokage )- i have to study the psycology of my clients and try to observe their tempraments and general attitudes. That helps me to guide my relationship with them and even project reasonable expectations - on  whether  its a serious client or not.
Once i get that clear- i decide how often i need to press their buttons for a result without causing any embarassment to myself.

Michael,
The former CTO did a great job. The slight bugginess is exactly what I'd expect from an MVP at this point. We did not have any disagreements over QA.
And you are correct-we are not asking the incoming dev to work cash-free. All the money we'd get for the proposed project would go to him (and a small marketing budget.) But at this stage we can't slice out equity for an unknown. Of course, a cliff is standard. But I think a better way to go for all is a part time paid gig of specific scope, followed by a CTO role if all goes well.