What is a typical mobile product designer to engineer ratio? 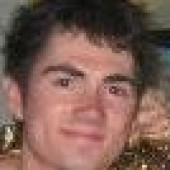 It really depends on how complex the product is from a technical POV, and how good & agile your designer is. Thus, I'm not sure how useful an average would be. That being said, from my past experience with clients I'd say that 1:3 and 1:4 are fairly standard ratios.

I don't think that designer to engineer is really a useful metric.  I think that Jason was on the right track by pulling in the product/project.  If you're running multiple projects, then think of it as how many designers are needed per project, and how many engineers per project.  If you're at a company that only has one product, then think of that as your one project.  I've been on projects where I was the only engineer with multiple designers involved.
Another factor is the complexity of the design that your designer comes up with.  If there are involved features then the engineer involvement will go up, if it's simpler, then the reverse is true.

Thanks John. I appreciate the largely "it depends" based response. That said, I do find it to be useful to hear other people's opinions, even with the caveats.