Do seed stage investors invest in ideas alone or look for more than just an idea?

I have an idea that I am really passionate about.  However, I don't have the money needed to create or market it.  Will early stage investors invest in just an idea or is crowdfunding the best path?

Our experience is that you need to prove your market, your ability to reach it, build the platform and monetize it before anyone will even talk to you.   I have a team that's created over $6 B in shareholder value including several Silicon Valley IPOs, we are looking at a global multibillion dollar market that is totally unserved and I cannot get in the door to discuss anything without a monetized POC for the final leg of this business.  Suggestions welcomed, and William, I'd love to speak with you about your experience!  Congrats!

Matthew,
I like your take on who should pitch.  I've wrestled with this as well.  My COO is a big, friendly strapping fellow. People love him. But I'm the one with the in depth knowledge to pitch this, even if I'm a 5 foot 4 inch person with a softer voice.  Wharton business school not withstanding, apeople gravitate towards a perceived authority figure, and part of that is physical presence. It's interesting to watch; sometimes frustrating; and it's just human nature.  Too bad I'm a bit old to pull off the really short skirt!!! (part /sarc)

@Patricia and William; don't sell yourselves short. investors only investing in 20-somethings isn't much more than a myth.  Today there as many entrepreneurs in the 55-64 YO age bracket - 23.4% and climbing, as there is in the 20-34 YO age bracket - 26.2% and falling.  I think those are 2012 numbers so its likely a dead heat by now.  http://mitsloanexperts.mit.edu/not-all-entrepreneurs-are-young/
a recent WA post article noted that from 1995 (the height of the internet boom) to 2005 there were about 2x as many "successful" entrepreneurs over 50 as there were under 25 with a median age of 39.  That doesn't mean that these entrepreneurs are all getting funding from VCs, but VCs aren't stupid - they want success. Subject matter expertise has a lot to do with it.  Facebook was initially targeted at college students so it makes sense its founder was a college student at the time.  Workday is an ERP application (HR and finance mostly) founded by David Duffield when he was in his mid 60's - makes sense given the target market. Workday has a $13B+ market cap and plenty of happy investors - and David Duffield didn't need the money.

Patricia and others are right: It's a catch-22: most investors won't fund you until you are at a point where you don't need funding.
You need funding the most when you start building your product / prototype, but nowadays, you are pretty much expected to build the prototype yourself, get clients, build a revenue stream etc.
At which point, why on Earth would you want to take other people's money and give up a chunk of your equity, or worse: risk losing control of you blood and sweat-built company entirely (to investors)?
As far as I'm concerned, "I'm monetized" = "I don't need/want funding."
I'd much rather grow my business organically than risk losing control of my company etc.
Think of it this way: what exactly would an investor bring to the table, when you already have a product, clients and revenue?
At that point, "outside money" is nothing, but unnecessary risk/liability. 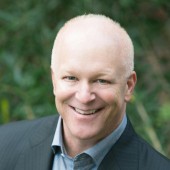 Times have changed. Where "seed" investors used to back great founders with big ideas, my recent experience has been that institutional seed and early stage investors want to see product fit and a solid go-to-market strategy with real validation (doesn't have to be revenue) from that market.  To fund great ideas without a product, I think you have to look to bigger friends and family investment and individual angel investors, who are either open to more risk, or have experience in the field and can self-validate your idea and strategy to some extent. 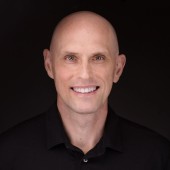 Matthew, I think you may have misinterpreted my response. The question being asked is whether seed stage investors invest at the idea phase or do they need to see more.

I shared a few examples where investors may invest at the idea stage. May being the operative word.

I never suggested that investors should ignore looking at ideas or listening to pitches that are still in the idea phase. Nor did I ever say that I would "refuse to even look at the idea" as you suggested in your response.

What I said was that seed investors aren't likely to invest at the idea phase. Investors are business people too. They only have so much time and a finite amount of capital to invest at any given time.

Your mention of Newton, Tesla, and Salk only support my response. Each of those men put their ideas into action. Anyone could've had the same idea but it was their execution that made all the difference.
Investors get pitched ideas every day. It's very common to be pitched the same idea by several different entrepreneurs. All things being equal, the investor will choose to invest in the business that has begun to execute on the idea and can demonstrate that they have what it takes to succeed.

Also, as experts will tell you, hunting for funding can be a full-time job.
That is time much better spent building your product and finding clients!
And the money (especially VC funds) comes with a lot of strings and even more time investment to manage it.
The law of diminishing returns really kicks in!
If I find an angel investor who is enthusiastic about my products, I'll consider it, but I would not go for VC funding.

An early stage investor won't invest in your idea.

That's more likely if they already know you.  Or if your passion is shared or persuasive.  Or if you have evidence the market will act the way you predict.

The best way to get that evidence is to "pre sell" your product.  This is what people do on Kickstarter.  They put their idea out their and promise to make it if people buy.    If people like your product and place orders, you get money the money you need to make the product.   And you give up no equity to run this experiment.

The number of people who respond, and the amount they pledge are a measure of the evidence  that you have already discovered product/market fit.  When you actually ship the products you promised, you create evidence that you can actually execute on your plan.

With that kind of evidence a lot of risk of failure has been removed.  That will make it easier to attract investors.   As can be seen by the frequent VC offers to companies who have hugely successful Kickstarter campaigns.

If your product is B2B there are similar financing options through markets like KickFurther.   And getting LOIs for future purchases is a common strategy when raising money in any kind of business.

I raised money with just an idea. But you need a very strong idea and evidence you understand the market and have the experience to run it. Feel free to reach out and I'll share my experience. Also crowdfunding is not the perfect path the people want it to be. Sent from my iPhone please excuse any typos William Agush CEO Shuttersong Incorporatedl +1 989-492-0336

Never tell your mother in law how to do motherly things!