Do you think technology can increase civic or political engagement?

I think technology can make it easier for people to do more; not sure if it will get them to actually do more. It's much easier to do research now, get out surveys, etc. Jacob Kojfman 604 318 4539 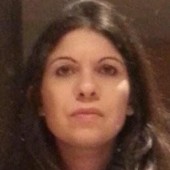 Great thread, really pleased to be discussing this here. I do believe technology can increase civic engagement - the aim of my startup PositionDial.com - is to help people see the different sides of the story on the issues they care about, and hence power informed impact.
I think seeing perspectives from across the spectrum is really important to enable us to understand political issues, develop our own positions and indeed to understand those who differ from us. To pick up on some of the points above, pd operates not on the basis that there is one 'truth' that can be had on an issue but that there is inherent bias in all of our viewpoints, and what we need is to be able to see across them. To understand topics through the different lenses of all those implicated in, or who care, about them.
You will probably have heard of her but one of my favourite thinkers on using social and web tech to garner change is Beth Kanter, highly recommend her blog http://www.bethkanter.org/

Interesting responses.
Jacob - my thinking is along the lines of the challenge of getting individuals to do more.  Yes there are problems with the information, but even if we get citizens perfect information, does that mean they'll do anything with it.  Maybe vote, but there is so much more to participating that voting.
Gary - I took a quick look at Scott Adam's blog.  Not sure I agree with the one I read, but will have to look further.  In many cases, they are not incentivized to please constituents, but can technology change that by creating accountability tools, increasing individual influence vs special interest, etc?
Kym - I've talked to more than a few people about why they do or don't get engaged.  Lack of awareness is definitely an issue.  Most people have know idea how important primaries are in a two party system or how many of the decisions that really impact their lives have nothing to do with Washington D.C. but instead happen in the state capitol.
Graeham - Last I checked Votizen was shut-down.  Not a great signal, but I'd love to network into some of that team to learn what worked and didn't.
Love the discussion.  Let's keep it going.

This has been a great conversation. I certainly agree that there are some opportunities to develop platforms to get new people introduced to/engaged on issues.
I think a potentially bigger business opportunity (and maybe a bigger opportunity to grow the impact of the average person on politics) is developing a platform that helps to ease the creation and delivery of communications that will have a bigger impact on elected officials.
To a large extent, the typical forms of political communication that most people will take the time to do online is sign a petition on Change or Care2. They may also send an email. But, because lots of organizations are good at delivering these, the impact has been drastically minimized for most members of congress. Communicating messages via social media platforms is also problematic given that most offices don't dedicate enough time to managing social platforms and, for the most part, the offices don't know if the people that are communicating w/them via social are actual constituents.
I've been working on developing a way to help individuals and organizations that are already engaged w/political issues deliver more highly personalized stories (that include visual components). Part of the challenge is finding the advocates willing to do a bit more. The other part is developing the platform that makes this storytelling easy and that can attract members and their staff. The advantage, though, is that you need only a small volume of these high impact stories to make a difference in most congressional offices.
Happy to chat in greater detail w/anyone who's interested. Thanks for starting the conversation, Neal. 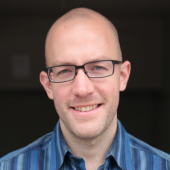 This reminds me of Votizen (http://en.wikipedia.org/wiki/Votizen) from The Lean Startup.  You guys might want to see what they have built as inspiration.
"do you think technology can increase civic or political engagement?" - absolutely.
In the manner that @Kym mentions, I believe that there are barriers of information (many sources, a lot of noise and not enough signal on which to make informed decisions), TRUST, and convenience that hinder political participation.  All of which, with the right people behind it, are perfect for technology to provide a more engaging medium. 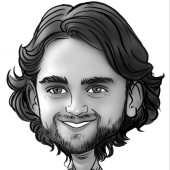 Scott Adams had a few blog posts on this topic. It sounds good in theory; create a platform to suss out the preferences of the electorate and provide a collaborative editing platform to separate facts from speculation and bias. In practice, I think it's tough to separate truth from truthiness. I think a platform could be used to help identify "no brainer" policy moves; something that a solid majority agrees will bring benefits. Even then, it will take a lot of traction and publicity before you can get politicians to be steered by that (they likely already know, they're just not incentivized to please you)

If we can figure out a way to educate people on politics and break things down... it would really help with engagement! Kym

Hi John,
Great points.  I saw Fishkit video a little while back and very much like what you're doing.  Whether deliberate or because journalism has obstacles to providing deeper/more accurate content, the quality of information reaching the public needs improvement.  Good information is fundamental to a strong democracy.
In terms of influencing policy, I wonder if the input on an article could be effectively shared with elected officials and how useful that would be.
Beer sounds good. I'll send you a message separately. 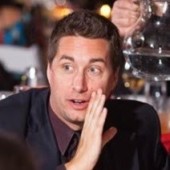 Hey all,
Sorry for getting here late. Hopefully I can re-ignite the thread.
Neal's premise is exactly the purpose of my firm, Fiskkit. Fiskkit is a tool that lets readers critique and tag online news, blogs and other articles-- rating it for "truthiness," logical fallacies and other things like civility. (I gave a visual example in  our IndieGoGo video, on our homepage.)
We have two - I think pretty firm - theses: 1) Online comments are horrible and 2) media in general does not make sure that the information it puts out is true or even logical. The BS production rate is too high to fact-check!
So what we're doing is turning the tables on content creators. Remember how you were nervous in 7th grade when you had to read your English paper to 40 other students, because one of them probably knew the subject better than you and would catch your mistakes? Well, why the hell aren't columnists a MILLION times more nervous, since that's how many people they might reach?
The reason is because media is one-directional. Broadcast. Not two-way. So people can piss on our heads and there's not much we can say about it. What are you going to do, write a letter to the editor?
Here's our solution. We are building a comments platform in which all of those hundreds or thousands of readers can give their detailed feedback and send it off to their friends/social networks, etc. On the backend, we then run a statistical test of significance to see if any sentence in an article received an unusual number of any particular tag. Say, Straw Man Argument, Unsupported or Conspiracy Theory (have you READ the comments sections?!). We then present a publicly reference-able version (or overlay) of the original article that shows people what sentences "popped hot" for which tags.
So people who want to express themselves and trade opinions can do that, knowing that they are essentially voting for what is true/false and valid/invalid. And those who just want to know if anything was fishy with the article they just read, can check it in 6 seconds by pasting in the URL.
Here's the point. People don't participate because they think it doesn't matter. So we make it matter, and we create an incentive for people  not to write obviously incorrect or fallacious stuff because they'll be publicly repudiated and embarrassed. People don't participate because it's unpleasant. That's why we will (with funding) make it so people can tag each other's responses with tags like Profanity and Ad Hominem Attack. Once we have that data, we can let users filter out however much harsh language or trolling they want, and just see posts that talk about the issue and don't get mean and personal.
I spent 2 years of my life if Iraq because the whole country failed to have a rational, fact-based discourse about an issue as monumental as war and peace. And we continue to struggle to engage with each other because you can't have a discussion if both sides can't agree that up is up, green is not blue and the sun sets in the West.
There's a lot more to it, like how we do a lot of this, and how we hope to work with advocacy organizations to have them fact-check (fisk) stories despite their explicit bias. But hopefully that's enough to provoke some thoughts.
I'd love to grab a beer with anybody interested in this space.