Does having a patent & trademark make you more invest-able, versus having an app in the app store and users?

Curtis DeWayne White Im blessed to say I am the Founder of "Postablur."

I am trying to figure out if I have wasted the past year on my business structuring versus app build and promotions. 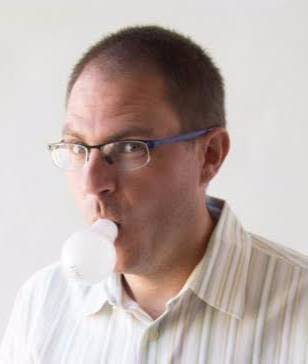 Having been issued 2 patents for my past startup, I would say that having a working product with traction is more important than a patent. For the speed at which companies move, startups really can not afford to place resources into the expensive patent process and wait (it took 5 years from application before the USPTO reviewed my application). Also, if you lack the resources to enforce or defend it, there is little reason to obtain it. Big companies will not take you seriously without serious resources to enforce it.

Actually, a complex question but the "general answer" is market acceptance and revenue...especially if you are on your way toward/past free cash flow...underscore the validity of the business.

Now, I am all for protecting IP but ensuring there is "real" value in the IP via the market is a valued milestone. I am not understating the value of patents, trade secrets, copyrights but there is an old and wise saying "revenue cures all ills."

a blog post by Sam Altman: "When you start a startup, you get pushed off the side of a cliff with a bag of aerospace parts. You hope they are the parts for a spaceship, and they look like they might be, but it’s impossible to tell when they’re all in a bag...."

If your idea is patent-able then patent it. Anyone who tells you investors don't care is not dealing with serious investors. I conduct due diligence for VC firms. They require a patent search in many cases just to be certain that what they are investing in does not infringe on someones idea.

I think that there is actually research on this (from MIT if my memory is still any good) that concludes that companies with patents succeed at a much higher rate than companies without. No one has ever suggested to me that a patent is a waste of time, and a patent search for competing IP never hurt anyone.

'more' investable? a patent and a trademark can't hurt, but for them to make a significant difference, i.e. a bump in valuation, risk reduction, tip the scale from 'no' to 'yes' re investors, etc. then the patents have to be very well written with broad (but not too broad) claims covering a valuable market with some big players AND you still need some proof that the market wants what you have, i.e. some traction. If the market already has big players then they likely have the truly valuable stuff covered. Very few patents are worth the paper they're printed on and much less than what was spent to get to the point of issuance. If you've been working on the patents for just the past year then you don't have a patent yet. perhaps only a provisional. A pending patent allows you to check a box on a DD list, but that's about it - there's a long and expensive road to issuance. Patents are extremely difficult to value and a pending patent or provisional almost impossible. Is it a waste of time and $$? you won't know until you, your competitor or a troll decides to file a law suit or you get lucky. Like insurance, it's great to have when you need it, but if you never need it you wish you had saved the money.

I would clarify Andre's statement below: an issued patent CAN give you a defensible position or an offensive position, but there are no guarantees. You won't know if you can defend your position/market until you attempt to enforce your patents and you will most certainly be challenged (unless your opponent is small) and then it's up to the whims of a judge and a jury. Remember, a patent (issued) is little more than a basis to file a law suit.

I don't say all this to paint a bleak picture. I think entrepreneurs are better off understanding the difference between reality and Shark Tank. in the dot com boom through about 2008 or so, VCs didn't give a damn about patents. Perhaps 1 in 20 would even ask about them. in the last 8 years or so patents seem to be en vogue. investors and startups like to talk about them, but when it comes down to valuing them it's still a craps shoot. So, in summary: they can be valuable if they are well written, actually issued (continuations on issued patents also help), you are early in a valuable and growing market with big or rapidly growing players. If you had $30k and you had to chose between paying patent attorneys or building a sellable application, i'd spend just enough on the patent application and prosecution to keep it alive ($5-6k or less) and the balance on getting the application built and in the hands of users. And that assumes i'm early in a growing market and i think my patents could eventually give me a good defensive/offensive foothold.

What makes you look investable depends on where the risks and uncertainty are in your particular startup. If your Idea or brand is easily replicated, patent and trademark protection could give a potential investor more peace of mind. But if there is still uncertainty about whethLEE any customers will buy then traction is also a must To eradicate that risk. Conversely, if what you sre selling is being replicated right and left by new entrants, traction won't be enough and IP protection may be required to.

They do not hurt, although trademarks have little value unless you are an ongoing concern. Cynically, VCs discount your IP if you have no patent however, if you have a patent, they discount the importance. You need to do what makes sense for your business to protect your idea without regard to the optics of investment. If you have either, you need a strategy to defend them or they can become worthless.

If your only distribution for your app is the app store, you should be aware you have no rights to an ongoing inclusion. Apple has created knock-off app to supplant very popular apps created by small companies.