Does it really matter if your company is NOT incorporated in Delaware or Nevada? 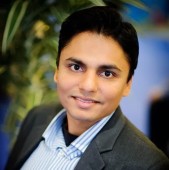 On of my friend is planning to open a company/branch in the US. He would like to open it in the state he lives and not in Delaware or Nevada which is most common states for opening a company.

The company will have 2-3 employees and his concern is the overhead of maintaining a company in different state. Not sure what would be real benefits anyways for a software company

Mitesh - Great question. Here are 4 other discussions based on the same topic that I thought might be helpful:
Delaware agent
LLC vs. S vs. C
State comparison
Other states
If you need more help, make sure to do a search for "incorporation" - it'll provide even more discussions on this topic!

And if you are not, you are better off as an LLC anyway

I completely understand wanting to support the economy & government where you're from. But the state you live in really matters here, as well as the FUTURE needs of the business. Sure, he wants to have 2-3 employees & watch costs now. But will he take in VC in the future? Will he have an office somewhere else in the future? Will he ever need to move himself or HQ because of market demands? My first company was a single-member LLC in Kentucky. I'm a Kentuckian. I was the only owner. But when we grew larger than Kentucky's talent pool would permit, Ky law made it hell to hire people and to relocate headquarters to another state. Ky also has what's called an LLC loophole law to where I paid double taxes on every net revenue dollar. And when we had to move headquarters because of these & other factors, I discovered Kentucky is one of 5 states that won't let you go. I'm still a Kentuckian in my heart, but like hell will my next company be filed there. What are his reasons, other than loyalty?

Thanks Eleanor for the links. State comparison link was very helpful
@Terena, We will stay away from KY. Thanks for the insights
@Linda and Karl
should have phrased my Q properly. We are looking for LLC and we do not seek any serious funding in near future. From what I can tell, we are better of in the state where we do business. We will never move to Delaware even we incorporate there.

It makes sense to incorporate in Delaware if you are looking to recruit angels and or VCs at some point.

An attorney spoke at the recent Phoenix Startup Week here and addressed this a bit. Basically, he said it doesn't matter EXCEPT ... be sure there's nothing in your Corp Articles or LLC papers or anything that would prevent the entity from being converted to a different entity and/or moved to another domicile. He said that for simplicity, you can work as a proprietorship, or even an LLC. But, he warned that if you find any investors, they'll probably want you to change to something else. Sure, lots of folks are incorporated in Nevada or Delaware, but you are going to go to wherever your investors want you to go, unless there's some overriding reason not to. In particular, he said Arizona is a BAD state to be incorporated in if you're going to get investors. Note that he didn't say NOT to incorporate in AZ, only that if you get any investors, expect them to require you to re-incorporate elsewhere.

In other words, don't expect a one-and-done approach, and ensure there's nothing in your paperwork that prevents that.

Beyond that, he recommended talking to a business attorney familiar with the needs of startups, and especially one who deals with investors.

Also, if you ARE planning on getting investors, then he suggested avoiding giving away some percentage ownership in the company, and instead always give away a certain number of shares.

So someone might come along and you decide you'll split the business 50/50, and write up something that says they own 50% of the business. You just screwed yourself, because investors will end up taking their equity out of the OTHER HALF, which is YOUR HALF.

That is, never EVER write up a document saying somebody has xx% of the business. NEVER!

That's because it's subject to dilution with every round of investment capital you take in.

This lawyer told us that scenario tends to be the most gnarly and upsetting to founders when it happens.

He also advised to have a solid Buy/Sell Agreement in place BEFORE you solicit investors. Especially if any of the founders is married and they live in a community property state.

(Imagine splitting a company 50/50 with someone who's married. They get divorced, and now their ex holds 25% of the company. You're about to close a $1M round of investment capital, and the ex is only interested in cashing-out. You won't get a dime from the investors if 25% of it is going to an ex right off the top who'll end up tying the business up in a lawsuit if the deal closes.)

Instead of allocating percentage of stock, come up with some way to allocate equity based on value contributed, such as what's described in the book Slicing Pie. This approach has you divvy up the equity proportional to the value each person has contributed since the last valuation event occurred.