Equity-only employees at a startup?

Just interested in the reaction these offers engender as I'm seeing them more often.

From what I've seen the only folks that can truly afford equity only offers are 1. just out of school / able to live on ramen / bootstrapping types or 2. folks that have had some level of success in the start-up world and don't need a salary to survive.  The first group is great if you have a bootstrapping culture with a team that absolutely believes in the product.  The second group is likely just conserving equity for a large, more favorable raise in the future.  Taking below market salary is a must in my opinion if you are serious about joining a start-up.  Everyone should be contributing and sacrificing to conserve runway in the early stage.  If you expect otherwise, you're prob not start-up material.

I still see some VCs saying "if you are a co-founder your equity is your pay". Don't know how that works if you live in America and want to eat, have shelter, or support a family. Of course, as pointed out in other responses, if you came off a good exit or have other means there is more flexibility. Even so, given the great majority of startups do fail, pure equity, to me, puts all the risk on one side. Don't see that.

In my last startup engagement I joined as a part-time consultant.to keep the costs down and to allow me to work on other projects. When they started to look at staffing, I pushed for them to offset the low wages by offering a better benefits package and, if necessary, for certain functions, the ability to work from home. We did end up getting several candidates whom were absolutely great, actually more than great. So maybe this approach did work...

Given how many excellent developers work for free on open source projects, where they have zero chance at serious future income, I would really think that one could find some talented developers that would, if given a really great visionary presentation, might be willing to throw in as one of the first employees of potentially "next Facebook" type of situation.

In answer to Linda Marshall-Smith, I would say your analogy of the plumber would be more like "thank you for fixing my pipes so excellently!  Now, I can pay you the normal $100 now for your work, or if you are willing to wait a couple months for my home to sell, I'll pay you $10,000 for your work today."  The reason for putting off short-term pleasure for long-term gain, is simply because in the end you have a chance to end up better off.  This always entails more risk, but that is the business world.  People either have an employee mentality, or they have an entrepreneurial mentality, which are two very different ways of seeing the money-making world.  Any developer that would have agreed to sign on with Microsoft in those very early days, would now be a billionaire.

A plumber comes to your house to fix a leaky pipe. He does a great job and the pipe is fixed and working properly. You say thank you, I will pay you when I sell my house.

That's what offering only equity equates to for me.

If someone is equity only, they are pretty much a cofounder (issues of company control not withstanding, which still crop up even between cofounders).  No employee will work for free.
The brings up an bigger issue, which is employee mentality vs cofounder mentality.  Being  new to the field, I read books on the subject, but when it got in to the nitty gritty of doing negotiating with early partners, I realized I could throw all the books out window.
I offered equity and a reduced/partial salary, because it seemed highly unlikely to find someone who could afford to work for free.  However, I assumed because I was paying, than it might change the balance of the roles slightly, making that person I brought on somewhere between a cofounder and an employee.   Except that despite offering a partial salary, many still expected to have co founder status, including nearly full shared control of the company. Because it made them feel included, or in control of their future or whatever reason.  I would point to the co-founders equity calculator, saying once someone is paid, it changes the dynamics some. But when it came real life negotiations, no body cared about what the co founders equity calculator said.  Offering a partial salary almost seemed to backfire, because then there was the expectation of being paid like an employee, but still receiving substantial equity.  Folks began to ask, well "when are YOU going to pay me full time? 3 months after we launch? 6 months?"  This felt like an employee mentality not a co-founder mentality, but even when I pointed out that equity could lead to large payout in the future-- which is why (among other reasons) you work for reduced rate or free at the beginning. No one seemed to be swayed.   And it felt (whether it's true or not) like a lopsided arrangement, where I was not getting compensated for what I was putting in.
I went through the same conversation with several different early potential partners. Finally, I gave up. And decided why not just see if I pay someone outright to do the work I need? Then it will be quite clear what the bounds of the relationship are. It seems to be working better than this hazy land of equity-employee, equity co-founder stuff. My personal experience...

For me, it depends on the project and how far along it is. How much skin in the game the founders have invested, etc. As a visible person in the start up community in the Silicon Beach area, I am hit up quite frequently by start ups who invite me to join on either an equity only, or greatly reduced salary + equity arrangement. But even an offer of 50% ownership in a company, when the founder only had a product idea that was not validated or market tested in any way, is 50% of zero. Bottom line, no one should be expected or asked to work for free. Whatever you decide, make sure you get a founders agreement in writing so that all parties are clear on what's expected and what's to be received from the get go.

I've actually been seeing people wising up more to this recently. The best answer is "if you'll do anything to work there". But economically, compute expected dilution and exit, multiply by probability of success, and amortize over the vesting period. Compare that against the salary you're giving up. 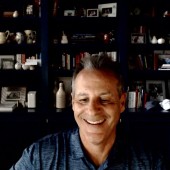 Two points resonate with me... make sure the founders have real skin in the game and make sure there's some traction otherwise it is a non-starter. if the above conditions are met then taking less the market pay in exchange for some upside makes good sense ... happens all the time

Hi Kimberly,
Whenever a startup is asking someone to take a significantly under-market salary they are, in effect, asking a person to put the reminder at risk for the benefit of the shareholders. It's not fair for someone to ask you to take a risk for someone else's benefit. It's never fair, even if the risk-taking person agreed to it. It will eventually lead to resentment and could cause the demise of the company because it creates a culture that allows some people to take advantage of others.
If you are taking a cut in salary, be prepared to be treated like someone who isn't worth as much as others. This is not a good position to be in. Don't take it if you value being respected a valued.
In order for a startup business relationship to work, it needs to be fair.
Use the Slicing Pie model for equity splits to determine what is fair. The Slicing Pie model takes into account all the at-risk contributions including time, money, ideas, relationships, facilities, supplies and anything else. It converts this risk into "slices". A person's share of the equity, therefore, is equal to their slices divided by all the slices. It changes over time to ensure that each person always has what they deserve to have. It's always perfectly fair.
I've written a book about how this works and you may have a copy if you contact me through SlicingPie.com
-Mike

Karen, I think you hit the nail on the head here!  Another case where theory and reality do not agree with each other.  The fact is, if people with employee mentality truly had entrepreneur mentality, they would be starting their own new company...but they aren't.  Sounds like what is truly going on is a person with employee mentality trying to carve out a better deal for themselves.  The fact is, most techie people I know would not like studying things like equity structures, financing plans, long-term business strategies, effective negotiating techniques, company legal structures, or exit strategies for everyone concerned.  Even though I have a long technical background, I love studying these things and more.  To me, business is another system to be understood and mastered, so in that regard, I have an entrepreneur mentality.  I think is something that needs to be clearly ascertained, so see what a person's mentality truly is.  Once again, excellent post!