Hi guys, I've been filtering through these but haven't found any current links to use.  Working on an MVP now.  Found two tech founders and still not sure what how much their role will contribute.  I would love to see a sample of an agreement with founders in the MVP stage,  it is too early to corporate at this point , perhaps a 3 month agreement or something? I want to put on paper we would discuss actual equity % etc after an x amount of time, or MVP is built or perhaps cliff agreement, etc.  Does anyone have any advice or sample template?

I wouldn't have people building something for you with ambiguous ownership of that work.  Incorporating is a must if you are serious about this, and make sure everyone has an agreement so that the company owns the work.  It protects everyone, not just you.  You never know who sticks around and who doesn't.  Having IP issues down the road complicates things (like fund-raising, getting acquired, etc).
As for the other part of your question, I'd figure how much equity now or else it could/will blow up later.  People are more easily replaced before they've built a ton for you, and it's always good to make sure expectations are clear from the start.  Figure out the numbers and then vest based on either milestones or time.

If they're the technical people and the ones building your MVP, then the work they're doing is now; they are building your product and probably your company's only value at this stage. Why would they wait 3 months for an equity agreement on that work?
Savvy entrepreneurs also generally dislike waiting for equity grants because they realize the tax implications of delaying the grant date - if you make an 83(b) election on equity (which you usually should, because the alternative can be far worse), you pay tax on the initial value of the grant. If that's high, you're going to get killed in taxes the year that you join. Ironically, it's their work which is raising the valuation of the company through completion of the MVP, so they're basically creating a tax liability for themselves if they delay the grant.
If you want to compensate them fairly, figure out the equity now and put a 6-month cliff into the agreement. (A more ordinary cliff is one year, but as a techie I wouldn't sign a one year cliff in the building stage myself - too much initial work would fall on me to justify a delayed reward).
You can always put in a provision to review and adjust later, or base the amount granted on milestones rather than time.

And this document from Docracy: http://www.docracy.com/6348/founders-agreement-template

Not sure exactly what you're looking for but this discussion is about a cofounder agreement template http://members.founderdating.com/discuss/136
If you are "not sure what how much their role will contribute" then I would say you should not call them a cofounder yet. Work together for at least a few weeks or do a side project with the understanding that you're working towards potentially being cofounder.

We did a MOU amongst the founders because it's hard to legally promise things in early early stage with so much uncertainty, but you can telegraph intent to avoid misunderstandings later (include aspects around %, vesting and triggers). You'd then finalize as you close your first round.

thanks guys, all helpful.  We are early enough that I literally just formed the team,  when I mean 3 month agreement I mean 3 month cliff.  The first article wasn't helpful as none of those documents worked, that was what I found earlier.  What I am looking for are actual sample agreements, does anyone have any they can forward? 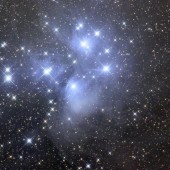 In the States you can create a partnership which at least here in California doesn't cost anything.  The bylaws that formalize the company can be signed by everyone and ratified, but you just keep the contract yourself and register with the state and get an EIN from the IRS.    You can get all this from a $20 NOLO press book.

This document may not fit your circumstances (no pre-made template ever will); so as a disclaimer, with all advices that have legal ramifications you should always consult a lawyer. But digging around, you can look at this template for consideration: http://www.seedcamp.com/main/wp-content/uploads/2012/10/Founders-Collaboration-Agreement-v2.pdf Joseph Hsieh http://twitter.com/webjoe