I'm really looking for some community support on this one.  I've got a Kickstarter that details "Web OS" software.  So far, market response is 30% comparing it to competition like Angular, Ext.js, Chrome OS.  45% is sheer nastiness that tends to outpour from developers since that's my market right now (is it the right market?).  25% is ideation about, "oh that could be a RSS reader on steroids," or "this would work great for web scraping and dashboards".

That said, (and most important for us entrepreneurs), is that the developer market does not seem to be whipping out the credit card to help crowdfund this campaign.  Campaigns I've seen that get buzz from CNN usually get into the $60k+ range of funding and I am at a mere $300.

I've really got to take this campaign to the next steps but I am searching and crowdsoucing (heh) the answer here.

Recipe for getting influencer attention I'd imagine:

The people that have whipped out the credit cards thus far I feel believe something as elaborate as a Web OS could have been built by one person.  Obviously people do not believe a Linus Torvalds story could exist in 2014.  People also do not have a solid use case to answer, "what the hell does a Web OS do?"  Obviously, an OS in general is just a set of tools so the bulk of the work is in perfecting the tools and not the use cases.  How much do I invest in building out a use case vs. improving my tools? 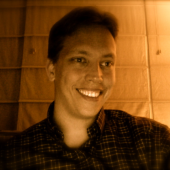 Didn't Google try this with their ChromeBook, which they shut down?  There was no real OS, just a web browser - so you could use all of Google's services (Gmail, search, calendar, plus, etc.).

Vlad!  Developers are fickle and are all over the spectrum.  Just because a person is a developer does not make them an android being.  As a result, sometimes developers will complain my copy is too "marketing intensive" just as much as they have trouble piecing together the analytical message with the vision.  They have said very nasty things from "this sounds like a scam" to remarks that ask, "do you even know how to code?" to assaulting the choice of using PHP even though the OS allows any language or server from Node.js to Ruby to be used.

I can't go into the Kickstarer link because FD discussion forums prohibit it.  I also could explain the competitive differences but it is again out of scope for the intention of this thread.  Please PM me if you want more detail.

Overall, there clearly is a ton of interest in figuring this out just in this thread.  How can I channel it?  A web OS is something everyone should get behind and it is bull**** that a company thinks they could trademark that name (that's like saying Mobile OS is a corporate entity).  I'm just the guy that created the algorithms and toolset, there are a lot of gaps deliberately for people to fill in, I get that it isn't very communist like a lot of the existing internet products so it's gonna take some time for people to thaw enough that they can be free-thinkers again.

I have a whitepaper that outlines the pain-points I feel but I need to finish it to quantify it in dollar values.  I am making 6 figures nowadays simply because companies cannot find the talent to code in these MV* type systems and they are all shifting toward it.  An investor recently asked me for the painpoints too so this is right on point!

Alright!  So it should only be a couple more pages, I've got this very packed 26 page whitepaper so far.  I've messaged this on the FD forums before too (it got wiped).

Thank you Jake, it's a next-step for me to add this answer to the FAQ.  Angular does some weird stuff with string eval's which is way you see parameter ordering so important.  Angular uses this to perform dependency loading.  When you look at that weirdness and the DOM helpers they have (ng-*), Angular is overall a very non-standard library.  My software contains an implementation of ShadowDOM which is really just a documentFragment (do we really need it standardized?) so you get a lot of the same feel from Angular.  Angular has this awesome thing called directives, and my software almost entirely focuses on directives.  I joke and think that I use a "monolithic controller" because I would rather people didn't bother with business logic (who likes business logic anyway)?  As a result, I think you're going to see my software work much better at a horizontal slice of the market similar to where you see WordPress operating.  The other thing you do not see my software doing is the setInterval stuff whether it is for data sync or for updating application files.  It *can* easily do those things, but I would never hinge the software working or not on a behavior like that which can yield slowdowns and bottlenecks if developers don't implement an app right.

Mike I do not think you need a use case per se, but what you do need to do is articulate to your core market (of developers?) the problem that you are trying to solve in a way that they can really identify with. It is worrying that you do not know for certain who your core market is. Have you spent much time actually talking to your potential customers and developing your product around their specific needs? Imagine for a moment that you are sitting at the desk of your ideal customer. What are the key things that they would love to be able to do, but cannot at the moment until your product is released? Then go out and talk to a few and confirm you are on the right lines with your thinking about the opportunity for them. Use the same language that they use with you in describing the benefits of your product. In a way crowd funding is a great proxy for a soft product launch - you need a set of advocates to really get the thing off the ground. If you cannot find the advocates then it is time for a rethink. Two possible scenarios. 1. Either your product concept is wrong - nobody gets why there is a need for what you are doing; or 2. You are not articulating the concept in a context that your audience can relate to. Maybe you are being too general or making too many assumptions about what they already know / or think. You need to be really specific about who your product will help and how it will help them. Of course there may be several sets of "who's" each with a subtly different "how - in which case pick the most promising proposition and major on that. Until you have got your story straight there is no point in approaching influential journalists. If you have a thousand people biting your hand off for your product then that is news, otherwise it is just noise. Happy to spend 30 minutes on Skype / video conf with you if it would help. I spend a lot of time coaching people expressing similar frustrations. Mark Neild mark@coherence-solutions.com +44 1189485996 [cid:86420D7E-DF03-4A2B-A55C-120E531C0A29@otago.ac.nz] www.coherence-solutions.com 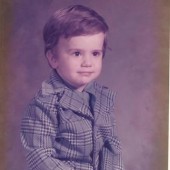 Your first paragraph is very confusing.  "Web OS" is a confusing name.  45% is sheer nastiness?  What does that mean?
Your product name is confusing, it is an existing product anyway and your description is confusing.
I don't even need to look at your Kickstarter to tell you why you thus far only have $300.

I share your distaste for muddying up the markup attributes like AngularJS does. But there are other frameworks that do not do that. And I just think that nobody is going to pay you to develop a framework and trust that it actually will be better than what's out there and there will be documentation and a community around it. Build it out, prove it's better, get people using it. Then monetize by consulting as the inventor of the new awesome framework, or license it out etc.

Aye!  Thank you Dave this is precisely on point!  Technical stuff comes slow and then you go to show it off and it has bugs :)

Such is the life of an engineer.  I've done work for the City of Austin using my product and taught a class with it.  Overall, I agree, I may need to slow-play this and build up a really significant library of "panels" before people care about the software.  It's all good, I think $5k which is my KS goal is really a humble asking price considering the value this sort of product can add.  It has been really awesome to just get out there and converse with people in the process.

Thank you for sharing that wisdom!

Mike, so who, exactly, is your ideal prospect?  Are you targeting individual developers or enterprise dev orgs?  Its clear from this thread that you have an education challenge.
In 1991 i had this idea about how to solve a business problem with a large addressable market - how to make it easy for business people to manage their business relationships and related data.  The problem was the communication mechanism.  then the internet came along.  In 1998 i filed some patents.  In 1999 we pitched investors.  Users (business people) clearly understood the pain. VC clearly understood the pain.  At that time, however, almost every investor's understanding of the internet was in the form (use case) of a website. We were not building a website.  We were building this "service" that used the internet (http) to communicate.  Then we would get lost in the weeds about "so, you are a service company".  Frustrating.  A couple years later someone coined the term "web service".  that cut our education time in half.  A couple years after that someone coined the term "social networking".  voila, magically we could communicate in 4 words what used to take 20-30 minutes - 2 to 3 X  the attention span of a typical venture capitalist.  Today you could convey the concept in just one word: "LinkedIn".  It's possible that you are in a similar position - you could be ahead of the market, which is great, but an educational challenge.   You likely need to target your prospects with a rifle not a shotgun.  Also, tactically you might consider video to help reduce education time.

Mike I just came across this and it seems like maybe there could be useful info for you.
http://onstartups.com/tabid/3339/bid/105493/Expectations-vs-Reality-8-Lessons-From-The-First-Year-As-CEO.aspx
I say this because it also talks about the early phases, when you are trying to get folks to understand your product.