Has anyone used the Creative Commons Public Patent License or alternatives to this? 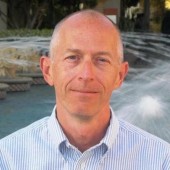 The Creative Commons developed a Public Patent License template around 2010: https://wiki.creativecommons.org/wiki/CC_Public_Patent_License
I run a nonprofit company that works in the biotech area and am interested in patenting our IP and either donating the patents to an organization which would make the license available, free to anyone on a non-exclusive basis or via the CC Public Patent License process.
Has anyone tried to do this before, and which route did you take? Are there suggestions on how to keep data, processes, and IP available to the public without allowing other organizations to use this data or IP to patent the resulting IP and try to limit its dissemination or use for financial gain?
Thanks,

Hi James,
There are couple of ways to do this. The most cost-effective way is to effectuate defensive publication.  This injects the patentable subject matter into the public domain, and converts such matter into prior art that can be used against any downstream patent applications.  Once published, the subject matter imminently becomes prior art.  No further action is needed to prevent other organizations or your competitors from using this data to patent any subject matter similar to the one you have just disclosed to the public.
As an alternative, you can also offer a non-exclusive, royalty-free license to anyone who requests it, with an explicit provision that the licensee agrees not to use the licensor or anyone for patent infringement (as you have suggested). This is not uncommon, as some of the standard-essential organizations already do this to protect their members.  However, this is more time-consuming and expensive than the first approach, because this would require you to (1) prosecute the application until issuance; (2) prepare the upfront license once the patent issued; (3) facilitate licensing discussions with each prospective requestor; and (4) maintain records of all active licenses.  This process can divert and exhaust your business resources quickly, and may have counter effect if not done correctly.
If you have additional questions, feel free to ask away.
Warm regards,
Alex

Public dedication is an option, but it runs counter to your royalty-free or token-royalty license. Once a patent is dedicated to the public, the license is effectively null and void. The U.S. Supreme Court recently affirmed (within the last 3 months) that royalties cannot go beyond the expiration of the patent. If your plan is to license it on a token basis, public dedication will not help you achieve your end goals, as you cannot demand subsequent licensees to pay once you have disclaimed and dedicated the patent to the public. If you generally prefer a more controlled environment where you hold the license and have the ability to negotiate with all subsequent licensees (e.g., in exchange for their licenses of similar inventions), public dedication is a less desired option.

If your ultimate concern is to avoid the risk of getting sued based on the same technology that your company has designed and implemented, any defensive disclosures should amply protect you, whether it is in the form of a publish patent application, a white paper, or even a user guide. Such disclosures, once published, are effective as prior art against all subsequent patent applications claiming the same invention (or obvious variant thereof).

If your company is indeed sued based on the same technology (e.g., by copying exactly the same invention) and you are found liable, such disclosures serve as your defensive tool to invalidate the patent asserted against you. This is because one cannot infringe on an invalid patent. This maxim is strictly adhered by courts, although some justices would say that you can infringe an invalid patent; but there's no legal liability.

You should also consider who the plaintiff will likely be. If the plaintiff is one of your competitors, the better strategy should be to patent first followed by royalty-free license (or license on FRAND terms). If the plaintiff is a patent troll, your license could potentially set the baseline for minimal or no damages because it's royalty free. This will force the troll to drop the suit quickly knowing they likely cannot recover more than what you receive through said license.

I'm not as familiar with Canadian patent law, so I'll defer such issues relating to licensing in Canada to Erin.

Inventors and innovators are using the patent system in many non-traditional ways to protect their freedom-to-operate, attract investment and avoid legal risks. There are certainly many options for protecting your IP and choosing the right strategy really depends on your goals as a company and your technology.

It was a pleasure speaking with you too, James. I'm glad I could be of help. Best of luck with your project!

Thanks for sharing your thoughts, Alex. I think I'd want our non-profit company to pursue filing for provisional and full patents, and then utilize some sort of royalty-free or token-royalty licenses, to encourage usage of the discovery. What do you think of making a Public Dedication of the patent(s) upon approval? Erin (see below) suggested this might diminish the risk of our getting sued, down the road (whether justifiably or as an offensive strategy) by a third party.

Also, thanks to Erin Engelhardt, a Canadian patent agent, who provided me with a lot of additional information via private messaging.