Have you ever failed at building a company before? 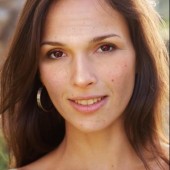 What did you learn from that experience?

Failure is indeed the best teacher.  I documented my learning on a blog entitled Fail Fast.

I've led three global companies, four mid-market turnarounds, and founded nine startups. I will not include the dozens of startups in which I've invested but had only that financial and in some, a board connection.

Out of my personal business creation endeavours, I have had one failure, and that was a startup. It was a little over four years when I had to decide that it was time to exit while we could still pay almost all of our bills. The business was a niche hardware and software product directed at a niche market.

Lessons learned:
1. Know your cofounders well. This was the only situation where I relied heavily on third parties, who I did know well, to bring me together with the other two cofounders. While I was impressed and cast my lot with them, working with them for a short time revealed that they were not really entrepreneurial and not the personality types that could bear the tough times. They also did not have all of the skills professed to have. One started to search for a corporate job only one year in, late at night, even though we had already had some roaring successes. In most of my other startups, I had time to see how the co-founders would perform and get a good feel for their talents, or I had known them for a long time. In this one, I jumped in with them too quickly.

2. Niches are great but test them thoroughly. Going after a niche market has advantages, competitively and in terms of higher prices. In this case there was a flaw which I did not sufficiently test. The market looked desirable because initial surveys and pilots confirmed that there were communities that tied together the geographically dispersed end Customers. There were also specialty retailers and value added resellers that served these Customers. We had much success with the communities, one notably was the Apple user groups. But the communities did not turn out to have as much influence with the end Users as our initial testing had confirmed. Which leads to another lesson which I thought I had learned decades before ...

3. Don't limit beta testing. With a few very encouraging results, we moved very, very quickly into final design and production. In hindsight, more beta testing among more communities may have uncovered the flaw.

4. I had a personal interest in the technology that could have blinded me to the flaws. The lesson here is to make sure you are looking objectively. In this case, to some degree, I just wanted to go back into this space.

5. Regardless of my experience in the industry, I did not account sufficiently for the costs of continuous development of new products and new versions expected by the market.

This venture was not without its star moments regardless. We constantly met our cost reduction targets and drove down breakeven. When above breakeven, the company threw off mounds of free cash flow. Our first version was touted by the New York Times print and online versions as one of the top 10 Christmas gifts for Dad soon after its launch. We drove tremendous press with each new release and with some of our case studies. But our sales were constantly in a sawtooth pattern, following the press events. And though we won over community after community, the channels were not as effective as we had at first thought, or we just didn't learn how to work these channels, it could have been either. At any rate, we weren't developing enough press to keep these niche market results going up and to the right continuously.

In the end, in planning a closure, we moved into the general market with their lower prices to build volume and keep the cash coming in order to try to make good with creditors. We did the best we could to close gracefully.

I can't say I haven't made some of these mistakes before or since, but this was the one where I made them all and the one that had to be closed.

"$7 million seems like a lot, until you realize that you needed $10 million"
That is very much true. $7M may be big for else but may not be for you.

You don't usually get what you want. As long as i know, only way is just keep going on..