Have you used 15Five or other team feedback tools?

We're looking for a way to do helpful but not insanely time wasting feedback. I've heard of 15Five, wondered if others have used it and your thoughts and/or if there are other tools you'd recommend.

We have really liked using 15Five for our organization.  We have about 550 employees.  While most work out of our offices in Florida we have a significant number of work-at-home employees across 18 states.
15Five quickly rolls up employees thoughts and suggestions.  I highly value the insight I get reading these reports each week.
Regarding implementation- 15Five couldn't be easier  to set-up and use.
Hope this helps. 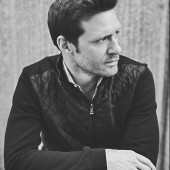 I can weigh in as well.  First off, I agree with Brent that you absolutely want to create a culture of ongoing feedback, but I disagree that normal conversations are the best venue for the highest quality feedback, for three reasons.  First, there's a level of social anxiety people often feel face to face and in group meetings. Often times the biggest resistance they feel has to do with sharing how they feel, which is as important if not more so than what they've accomplished and what they're working on. TINYPulse solves this through anonymity.  15Five solves this by removing the stress of a face-to-face interaction, and giving people time on their own to reflect and provide thoughtful responses to key questions.  Second, getting high quality feedback requires managers to ask high-quality questions consistently. Getting this organizational consistency baked into every manager through culture is extremely difficult in actual practice -- which is why a simple structure/tool often works much better.  You sign up, invite everyone, and it's done and automated.  Third, face time is the highest bandwidth time we have, and should be used for the highest-value and most impactful conversations.  If you use 15min of your 30min 1:1 each week gathering feedback and updates, the opportunity cost is 15min of time you could have been addressing a high-leverage opportunity or digging in on a key issue.
In regards to a recommendation, I'd need more information from the original poster to be able to make a recommendation one way or another.  What kind of feedback are you looking to get, and why?
15Five and TINYPulse are both great tools but serve distinctly different purposes.  In fact, we have a number of clients who use both.  TINYPulse will give you (usually HR or company leadership) anonymous feedback and trends from throughout your organization about how people really feel.  15Five will give every manager in your company weekly insights into what's really going on with each of their people, and you (company leadership) unvarnished visibility into what people are focused on, where they're succeeding, where they're struggling, and key issues and ideas.
TINYPulse focuses strictly on anonymous feedback and has a strong philosophical stance on the importance of anonymity in having people feel safe enough to share what's really going on.  Feedback is typically aggregated and directed to one source, often times HR or the company's CEO/executive team.  Anonymous metrics like employee happiness can be measured and trended over time.  It's a great tool, and we use it internally at 15Five, alongside our own product.
15Five on the other hand creates a weekly check-in between every employee and their immediate manager.  It's designed to make every manager in your company a great manager, by mimicking what the best managers do -- regularly checking in with their team, identifying issues, removing roadblocks and supporting their people in succeeding. VPs to CEOs do the exact same thing that every other manager does, with their own direct reports, but also have the added benefit of getting complete transparency into what's going on throughout the organization by being able to drill down -- as a result, important issues and ideas can be quickly surfaced, put into action, and addressed. Our customers often report that they find they end up being far more proactive since they're able to continuously surface and address issues before they become major fires.  Responses in 15Five are not anonymous, but if sensitive can be flagged as private for only their immediate manager to see.  We believe (and have experienced first-hand with over 1k customers) that while there IS a valid use case for anonymity for certain types of feedback, 80%+ of what people are struggling with or how they're feeling, they'd be willing to share openly especially when the potential anxiety of face-to-face interactions are removed.  The added benefit here is that their immediate manager gets the feedback (rather than it going to HR or company leadership, and not knowing who it's attributed to) so they can immediately step in to assist if there's an issue, loop in others right inside 15Five to collaborate, and even pass up great ideas and key issues to the executive level so that information is flowing seamlessly throughout the organization.
Now, when you and your managers do your 1:1s, since you're already briefed, you can spend the vast majority of that time really digging in on the most important issues -- or even shorten your 1:1s or do them less frequently.
There's definitely a tradeoff between anonymous and non-anonymous, and pros and cons of each approach.  While some people won't share things openly where they wouldn't feel safe (I've had exactly 3 of these types of issues arise in over a year of using TINYPulse, and all were extremely valuable to receive), people don't want to always been anonymous.  For example, one of my employees shared the following with me: "I don’t really share as much on TinyPulse because it is anonymous and I don’t feel that I will have impact. I am more apt to share in 15Five because I feel it can easily move the situation to a solution. I feel honestly more like a metric in TINYPulse than I do an importance.”  That said, I'm sure that if there were something she really felt the need to share, but wasn't comfortable doing so openly, TINYPulse would be the outlet where she would share it.
Ultimately if used effectively, 15Five can help your managers create very high engagement, be more proactive, stem attrition, and create a high degree of operational excellence within your management.

I can strongly recommend 15Five as well. I have several clients who use it religously and they tell me it has increased morale, improved managemer/employee communications and relationships and most importantly make the best use of face2face time.

I know the founder/CEO personally and am happy to connect you directly to him for a more personal relationship. Ping me directly if interested kymbee@gmail.com

I would strongly recommend TINYpulse by TINYhr.  Amazing anonymous survey tool that's tailored to your specific organization and issues.  We use it and it's been a game changer for us.  The company is based on Seattle and growing like a weed!  www.tinyhr.com

i don't know if it's directly relevant to what you are trying to do, but our software at woxxer is like an instant-multi-dimensional feedback tool, might be helpful for use cases where you want in-depth and nuanced feedback right on the spot.  we're happy to beta for companies that will give US feedback! (oh, the irony) see a beta here: http://www.woxxer.com/survey/f2887340-98ee-4244-9d96-e03a81a41e2e/do

Create a culture of rapid ongoing feedback for our clients that becomes second nature and is part of the normal flow of the organization instead of using a tool that requires people to take time out to "do feedback" outside of the natural conversations that drive a high performance team.