Having Trouble Connecting to Journalists 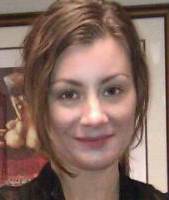 I'm creating a tool with aims to help journalism. Essentially it's a web annotation browser plug-in to facilitate discussion in response to web articles (such as the comments section at the end of news articles), but its focus is on gathering serious, implicit preference-based analytics to make available to journalists.

The idea is to both generate meaningful responses to journalism that should expose low-quality news, and to give journalists analytic reporting that helps them understand what readers want and respond to, rather than analytics of the current era, (which are more suited towards advertising and click-bait brain-candy).

I'm connecting well to people in the business realm, but have tried reaching out to the journalists who have a clear understanding on what's gone wrong in journalism (Tom Rosenstiel, Frederic Filloux, Tim Pool), but I'm coming up dry.

Any thoughts on how I might get in contact with journalists who are concerned or knowledgeable on these topics?

RESPONSE TO REPLIES BELOW:

Thank you so much, everyone for your feedback so far! This site is an amazing community.

To give you an idea of what hasn't worked, I've hunted down email addresses as best as I can and use the subject line such as "Can Open Annotation Connect Journalism to Lost Revenues?" -- hoping to appeal to these journalists who've studied the major loss of advertising monies that has wiped out much of the industry. The body of my email generally outlines how their journalism has specifically informed Kati's business approach. My ask is to have them help me understand what analytics they are interested in. Maybe that's not a good ask?

I will keep trying more people. Unfortunately I can't boast to knowing business people that are well-known.

Yes, Kati is quite different from Trive. :)

@ Vlad K- you write "Amber, this is a classic case of "pushing rope" model, where entrepreneurs invent a problem to solve and then try to convince others they need a solution to problem they didn't know they had." That is not accurate. She is not inventing a problem to solve. This is a problem that already exists and everyone knows it exists. Yes technology is part of her overall business, and yes the audience. But she has obviously discovered a problem, and she believes she has figured out a way to solve the need. Unless you have reviewed her business plan don't start assuming she does not have something that already fixes a problem with a need for a solution. That is one of the pivotal mistakes individuals reviewing other entrepreneurs make...to assume they have not thought something through.

Come on...you are telling her to change things...this and that. Again, unless you have read her business plan, you are just rambling off pointless suggestions. She has told us she wants to contact journalists. She has said she has success with businessmen.

Based on the limited information I have Amber, look to your business plan. What does it tell you. As I have said many times in these forums, if you do not have a business plan, you are traveling without a road map.

BUT, based on your question which was "how do I connect to journalists?" You are in California. Reach out to USC Annenberg. It is my Alma Matta and one of the top institution in the world when it comes to media and the impact of media, in no small part because 90% of the worlds media comes out of the 10 mile square radius with which it is located. If you have the attention of businessmen/women, seek to build them into your business. For example, if you have approached a successful businessman...ask if you can list him on your advisors.

Beyond that, how are you approaching Journalists? Years ago, I was watching NBC nightly news, and George Lewis did a piece. It was so poorly researched. So I sent him an email...stated the facts and a "Hey...you might wanna fire your intern or yourself because your research was amateurish." Then I researched him and saw he had a peabody, Edward R Murrow award and three emmys. Who cares right? We live a world of too many awards, and despite all those awards, his reporting on that segment was terrible. Either way it got his attention and we talked further about it and I shared some research he should have easily come across but did not. To his credit while he was certainly a little taken aback at first, he listened to reason and asked me more about how he should have compiled the report. My point is...in my personal experience, you can connect to anyone if you can find their passion points or their pressure points..

A good start would be Annenberg or other top journalism schools. Beyond that, research journalists that share your interest to solve the problem you are solving. Give them a reason to pay attention to you. Have you emailed them personally? try an attention getter in the subject line that is a passion point. If there is someone at the top you are looking to connect with, connect to a colleague, and then approach them with an email "Per conversation with your colleague so and so." Cross collateral marketing. Sometimes you have to go to other people. Example...I once wanted to approach the governor of a State. I utilized my college alumni status to approach the former business partner of the former president of the United States, whose brother was the governor. Round about way to approach someone but it works. Another time, I wanted to get in touch with the then Director of the Board for Apple. I simple sent him email. Now granted I could mention the names of a few colleagues I knew. But you would be surprised...most people do not have the gumption to just say "I am..I'm here..and Im confident enough to assert I believe you should give me your time."

Beyond all of that, how are you monetizing this venture? Where will the revenues come from? While there are some who will love to be involved based on the integrity or social value, most want to see money. Most in mainstream journalism are so prostituted with huge salaries (hence fueling the bias) that unless you illustrate that ability, many will ignore.

I would argue that even if you are not planning to be for profit, that you need to figure out a way that money can flow into not for profit organizations that will improve journalistic integrity. Which presently, mainstream journalism is as close to dead as it has ever been. What little journalism is living and breathing is so covered up with the pollutants of mainstream "journalists" makes ten, 20M dollars...and most in the organizations left and right, are building careers to that $10M spot. Megyn Kelly is not a journalist. A journalist would not flash her half naked body...to a journalist...the story not self is always the star, and the only start worthy of the worlds attention. Same goes with Rachel Maddow...these are all circus acts spinning webs for huge salaries. How do you make the story and the journalism the star again..not the rhetoric, not the political race, sex, and every other type of bating? If you have a solution, and you hit any true journalist hard with a powerful "this can fix the problem" they will listen. 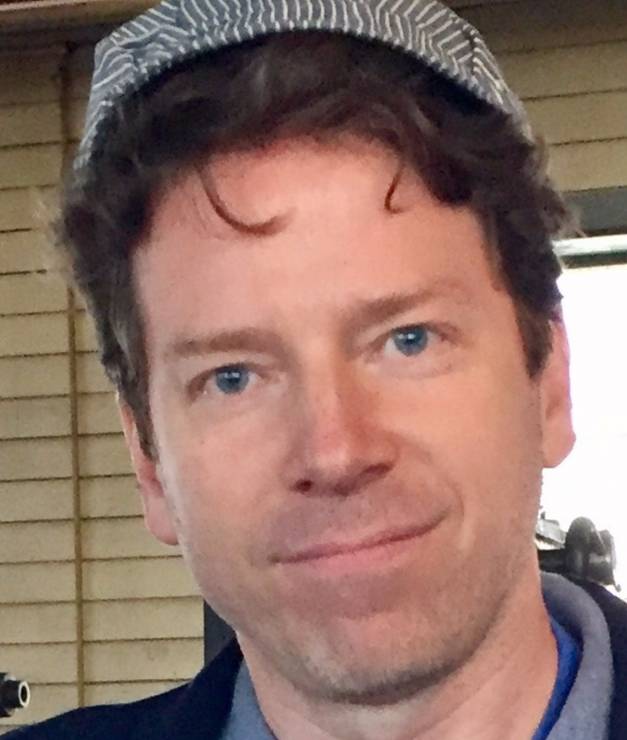 Matt Stone Marketing expert and consultant at many high-growth startups

Have you checked out Muck Rack? https://muckrack.com helps you find and contact more of the right journalists to pitch your story. 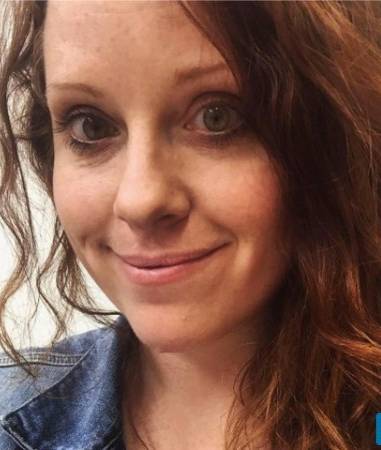 I’m a journalist with a lot of experience in managing analytics for news organizations. I would be happy to talk more. -- Ashley C. Woods Founder & CEO DETOUR ashleycwoods@gmail.com Cell: 248.312.9554 On Twitter: @Ash_Detroit Read about DETOUR here 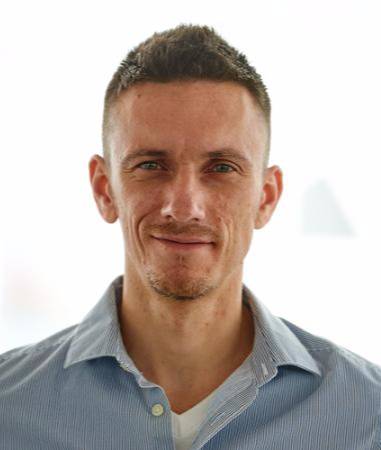 Amber, this is a classic case of "pushing rope" model, where entrepreneurs invent a problem to solve and then try to convince others they need a solution to problem they didn't know they had.

I've done this before too.

There are three components to your business: audience (journalists), technology (a browser plugin for annotations, etc.) and problem/solution (e.g. assumption that people need to gather and analyze data).

In order to have a profitable business, you need to have a perfect fit of all three. In your case, something needs to change.

Not every good idea is a good business idea, so your initial positive feedback is irrelevant.

If journalism is your area, I would flip your approach on its head and ask 10 journalists what their biggest problems are, and what it would be worth to them to make it go away.

Once you zero-in on your value proposition, do a second round of interviews with journalists and ask them if they would be willing to try it.

If more than half say yes, you can move on to your MVP.

Otherwise, go back to a different value proposition.

@Martin-What exactly are you getting "dozens" of pitches a day for...startup ventures? If so, why? You are a journalist. Not following.

Martin Heller Freelance at Self

@David "Review my product?" "Run this story on your site?" "Interview so-and-so?" The usual for a tech journalist.

One other point to make, if this is a for profit venture, your chances will likely improve if you state something like, "I am happy to discuss compensation at the appropriate time." Your passion is often not someone else's passion, and even if it is, one feels appreciated to know that there is a contract for results based compensation on the table.

Martin Heller Freelance at Self

It sounds like you are reinventing Trive. If I'm wrong about that, please explain.

As a journalist I get dozens of pitches a day. Most of them I delete without reply: life is too short, especially when you're writing to deadline. To reach any of us, you need to grab our interest in the heading. 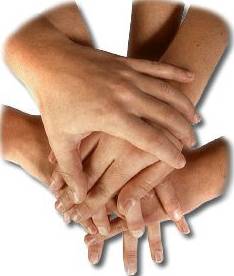