How about a political party just for startups?

I need your help testing a theory. I think startup methods like bootstrapping, customer [constituent] development, and lean scaling would work just as well for a political party as for a new business. I think this party could create Minimum Viable Platforms by conducting customer [constituent] interviews among eligible voters, one voting district at a time. It could scale quickly by targeting electoral market non-consumers (disaffected eligible non-voters) in every district where they actually constitute an electoral majority (this is more districts than you think). This party can avoid "the spoiler effect" in any districts where gerrymandering has created single-party rule -- to disrupt the incumbent party monopoly. The community leadership methods in a political guide like "Swarmwise" seem just as applicable to company culture as they do to political movements.

To thoroughly test this theory, I'm trying to help start a new US political party: Starup Party USA. The only platform of this party during the bootstrapping phase is about changing US election rules, so that they no longer automatically favor entrenched incumbent duopolies. Instead, we should open things up for even more political parties to participate in both state and national elections. That's why I'm calling it the first "3+ political party" -- the first party interested in getting even more parties started.

What do you think? Can you help get this party started?

Wow.  Very interesting post and discussion.  Some well thought out comments which sadly is not the case in many online political discussions.
My two bits for what its worth - (disclosure, I have a startup working on disrupting politics by increasing overall participation)
I'm not crystal clear on the overall goal.  Is it new voting laws, disrupting the two party system, or more broadly getting the disaffected eligible non-voters engaged?  I ask, because the the primary goal obviously effects whether forming a new party is the way to go or if another approach is better.
I'm guessing the primary goal is a government that people feel better represents their views.  If so, I believe the best approach is to increase participation in the political discourse.  Voting should be the start, not the end of participation.
I wonder what everyone thinks about trying to make two changes to our society:
The 130+ million people that voted
1) told their officials how they felt about 1 issue a month and then tracked if their officials actually help make policies related to that issue.
2)Voted in primaries- gerrymandering only works because no one votes in primaries where most districts decide who will hold office.  This would make many more district competitive (maybe not across they entire political perspective but their would be choices) and make every incumbent feel accountable.

Glad you asked. I've been thinking this too. Politics could benefit from some kind of combination of design thinking and lean startup methods. 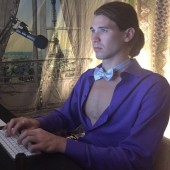 I love the idea of being a party that exists to proliferate even more small, niche political parties. The nation desperately needs radical decentralization of political influence and organization. Sent from my iPhone 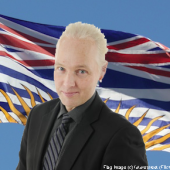 I ran in the last British Columbia provincial election head to head with our Premier in her riding. I've got 100 + page of notes on this.  While not technically difficult, it will be cumbersome to build but well worth it IMO.
Check out Nationbuilder.com
Duane

Sounds like a great idea at a time when the majority of Americans would vote en masse to recall and replace the entire congress.  Although I disagree that we need a "minimum viable platform" because politicians don't (and shouldn't) rigidly adhere to the platforms they run on.  What we really need are "minimum viable leaders."  Most of the solutions needed and desired by 80% of voters are obvious, they just require leaders who aren't solely focused on staying in power and have an ability to compromise on common sense reforms to taxes, entitlements, immigration, etc. etc.  I'd want a party that fields candidates who promise to sequester themselves until they successfully pass common sense reforms and get shit done, and self-impose term limits.
Sign me up if we change the name from Startup Party USA (Miley Cyrus?) to the Get Sh*t Done Party.
P.S. I thought entrepreneurs already had a party?  (Incrementalist libertarian based on my unscientific research.)

Ryan Selkis: I'm all for starting the GTD Party right after the party duopoly system (that keeps good ideas like that out of politics) is abolished. Until then, something like GTD might be seen as a leftist opposite of the "Filibuster Everything" Tea Oligarchs, and thus would ultimately split the Democratic party. Extremist conservatives apparently want to keep GTD out of government.

The only realistic line of third party attack right now is centrist positioning, to take market share from *both parties* at the same time, as appropriate per voting district. Startups are an extremely popular means of social-economic mobility with minimal government intervention, and thus have widespread centrist appeal. Both party duopolist sides have a vocal distaste for unearned incumbent positioning, even if they "inadvertently" reinforce incumbent monopolization through their self-serving policies. The videos linked on StartupParty.US/about explain why this is the case in our current gerrymandered and winner-take-all electoral systems.

I generally agree with the view that we should elect leaders not party representatives, but unfortunately that has historically been shown to be unrealistic, in the same way that having a market of nothing but generics with zero name brands is unrealistic. Party platforms provide a sort of branding that makes it easier for voters to understand and differentiate slate candidates, in the same way that "Tide" and "Clorox" are easier to differentiate in a market full of generic "Color Safe Bleach". In the case of the Startup Party USA, we need self-consistent slates of federal legislature, state legislature, and state executive candidates. Fielding any federal executive (Presidential) candidate wouldn't be cost effective during the bootstrapping phase, but there is still a need for slate platform branding per state election.

Great idea! Will be eager to see your progress but my hands are too full right now to help. 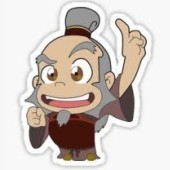 This is an interesting consideration.  Here are my initial thoughts
That being said, I look forward to seeing how this develops.  The great thing about the lean startup approach is that validated learning can identify success in unexpected directions.  Good luck.

Abel Henry: I did think about this project in terms of a position-lobbying and organizing effort at first, but even those types of projects benefit from running and supporting candidates dedicated to their cause specifically. Lawrence Lessig of Rootstrikers.org, for example, has put out a call for candidates that will make campaign finance reform their only campaigning issue, and then promise to hand their seat back to the second-place "trained" politicians as soon as necessary reforms are signed into law. While I respect what Lawrence Lessig is trying to do, and I totally agree with his philosophy of "striking at the root" of all our shared political problems, I think a political party with a centrist platform (that mindfully avoids the pitfalls of US winner-take-all voting systems) is much more likely to succeed than any outsider political group.

Unfortunately, any major changes to voting laws require politicians in both state and federal legislatures to both draft and vote for those changes. No incumbent funded lobbying firm has any interest in disrupting how their captured politicians finance their campaign cycles, or gain near-permanent incumbent positioning. This is the kind of change that needs to happen from the inside out, and both halves of the incumbent party duopoly are at their lowest support rates ever right now. This is the time they are most vulnerable to change imposed by a direct challenger that appeals to both ends of the mythical left-right spectrum.

Current politics in the US are a result of undemocratic voting systems that the "founders" put in place out of fear of the under-educated masses. The electoral college is a system set up specifically to suppress the power of individual votes, never to empower anyone except already-rich male landholders with expensive educations. The legacy of these anti-democratic electoral systems is gerrymandering, partisan voting roster manipulation, and party duopolist rule. There is nothing about this legacy worth preserving. The majority of eligible voters don't vote right now, out of the rational belief that their vote doesn't really matter in our non-representative electoral systems. Only changing the nature of voting itself, towards actual democratic voter representation, can change our politics. Hopefully this one type of change alone will draw the silent eligible-non-voter majority into finally expressing their individual peaceful voting power.

Duane Nickull: would you mind sharing any of those notes? ;)

Neal Bram -- if I have to capture the goals of StartupParty.US in a single phrase, it would be:
"To bring democracy to the USA!"
The videos on the site reveal why our current electoral college, gerrymandered districts, and winner-take-all electoral systems actually make the US party duopoly an inevitable result of minority-voter rule. I could also point to the fact that women and racial minorities only gained an equal right to vote in the US fairly recently. The "founders" intended a republic where only the expensively educated landholder minority were considered voting citizens, with the voters' will filtered through an elitist electoral college system. That's exactly what they achieved until the women's suffrage and civil rights movements, which Americans living today are old enough to have experienced directly. Some would say Jim Crow era minority voter abuses in the deep South never really ended. Egalitarian democracy has neared our grasping distance only very recently.
I'm always tempted to answer a multiple choice questions like Neal's with "all of the above" -- in this case because they all follow from the above goal. I believe the majority of eligible US voters are rationally disengaged from a 2-party system that ignores their real issues. To disrupt the 2-party system and open things toward representative competitions between more diverse parties, which will engage voters with more specific representation options, I believe it will be necessary to change electoral systems to make their results more representative of *majority* voter will. Ranked votes and mixed-member proportional representation are just two simple examples.
Changing all party primaries to ranked constituent votes, both regional and party-wide, would also make primary candidate option filters more accurate to party constituent will. Modern constituent authentication and vote anonymization technologies can enable more frequent and detailed issue voting online, and thus increase new expressions of the voter will, throughout any representative's tenure. None of this can happen until at least one (centrist non-spoiler) party breaks through the current duopoly gates, and creates new democratic voting laws from inside the existing system. This will require active participation by all eligible voters from the entire range of political spectrum.
Tangent alert: in other forums, I have been accused of being against (or insufficiently supportive of) great position-lobbying efforts like Rootstrikers.org, Sunlight Foundation, StopWatching.US, EFF, ACLU, Occupy, etc. I personally support all of these organizations, because they each uphold majority voter will and constitutional protections for minority rights in different ways. I just don't think that lobbying and public protest is ever sufficient alone. Without fundamental changes *from inside the legislature*, with the internal will to create comprehensive voting rules changes, no one's real issues will ever get addressed in full (even campaign finance reform!). The party duopoly incumbents have no interest in giving up any sources of their current power, so it will all have to be taken from them directly. You can't negotiate with monopolists, especially not when you seek to avoid paying their current and future monopoly rents. Rent-seeking and extortion is their entire business model!