How did you know you wanted to be an entrepreneur?

I've always heard that entrepreneurship was a sort of calling. It's a lifestyle that many people know they want to lead before they're even in a position to do so. I consider myself an entrepreneur, but I came to that realization after years of worrying about what I wanted to do with my life. To help others in my position, I'm wondering if anyone has experienced a particular moment or change indicating that they were truly meant for an entrepreneurial lifestyle?

DearSadie, you ask a really excellent question, but I want to suggest that you turnthe question on its head, and rather than ask, "how did you know youwanted to be an entrepreneur" you might want to ask why SO MANY brightyoung people do not in fact become entrepreneurs." I teach BusinessManagement, Entrepreneurship and Leadership at the Art Center (44 years andcounting) and built three businesses along the way, so I am a serialentrepreneur. After graduating from USC with my MBA in 1970 I did 'what wasexpected' of me and went into public accounting, since I have come out of the'corporate farm club' and like many of my follow MBA's did what I thought wasthe 'safe play'. In the 70's the concept of going to work for a company likeIBM had the connotation that this could be a 'lifer' type job, much like thatconcept in Japan where you worked at a company for life.   After 5 or 6 years of working in the corporate world, Ibegan to have a gnawing sensation in the pit of my stomach, that eventuallytranslated into a burning question, "Is this as good as it is going toget?" My father was an entrepreneur (albeit not very successful) but Igrew up working summers in his garment factory and watching him operate. It wasexciting, scary, unnerving and exhilarating all at once. What I learned, eventhough I did not know it at the time, was the concept of 'meritocracy' (that whatyou earn is directly correlated to how much effort you put in). Theetymology of the word is quite interesting. It comes from the Latin 'merit'meaning to "earn" and 'cracy' from the ancient Greek 'kratos' meaning"power". InHigh School I began to sell items to my friends, based on what they seemed towant and need. The harder I worked, the greater the rewards (i.e. money in thiscase) and the more I could live my life by my own rules and not having to askmy parents for spending money.   I believethat this was (and is) a pivotal point in my formative years and the “seeds ofthe Entrepreneurial Spirit” were sown. Those seeds however took many years toproperly germinate before I began my first true entrepreneurial venture. In 44years, I have now taught well over 6,200 students and based on the contact thathave literally every month with hundreds of these people, my anecdotal conclusion(rather than empirical) is that only about 1 in 50 (or roughly 2%) of them endup in some form of entrepreneurial activity. Furthermore of that 2% only a minusculepercentage of them end up with a successful venture. While the definitions ofsuccess abound the literature, my favorite definitions of success come from afew different perspectives. Legendary UCLA Basketball John Wooden says that "Success is peace of mind, which is a direct result ofself-satisfaction in knowing you did your best to become the best you arecapable of becoming”.  Winston Churchillsaid that "Success is going from failure to failure without losingenthusiasm." Lastly, and really one of my favorite definitions of successcomes from Sir Richard Branson who said “The more you're actively andpractically engaged, the more successful you will feel." Clearly is it NOT just about the accumulation of wealth and power.

I think my 'moment' came when I was let go as part of a downsizing of the consulting firm I was working for at that time. It took some time for me to gather up the courage to strike out on my own and it wasn't easy. But I also knew that I couldn't stand corporate org charts and having everything be so regimented and processed. I needed more spontaneity, creativity and to see my ideas live in the real world. 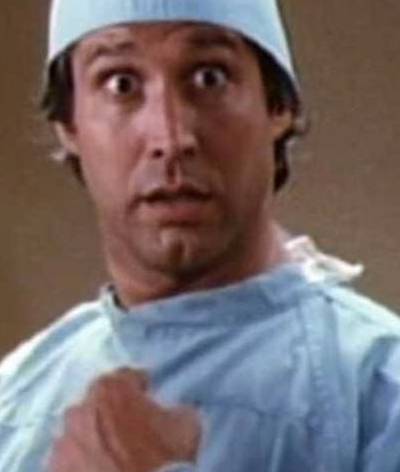 From what I've learned, most stumble into entrepreneurship rather than make a choice.
I believe it's about fulfilling a need and taking advantage of an opportunity rather than a career choice.

Entrepreneurship was forced on me as I quit my ad agency job at 37 and was "too old" to be of interest to prospective employers. When I was in the ad business, people often told me I ought to work for myself - which I (probably rightly) assumed was an insult. Truth is, to a high or low degree, there's an instinct in most people to strike out on their own. But many, many entrepreneurs I've known needed a kick in the butt to get out and do it. In a lot of instances, that meant getting fired or passed over for promotion.

I knew I wanted to be an entrepreneur from the time I was in High School. I originally was going to go into science and received a degree in Physics from college. Back in High School I won several New York City Science Fairs as well as created many different inventions. All of the projects and ideas came from my own studies and interests. I am a voracious reader of science, technology, mathematics, and software books and stay on top of industry trends and cutting edge technologies. I know I have a knack for seeing combinations of technologies to provide never before seen services and capabilities that others do not see. I have prototyped many products and services as much as 15 years before the concepts became mainstream (such as the Internet of Things or work I did in timesharing which became cloud computing).

But, reality set in also along the path to entrepreneurship. Marriage, family, assurance of a steady paycheck, were among the real world issues that had me working for others. But there is always consulting and your own time to put into other projects. I formed a company for part time consulting, inventing products for others to use or sell, and meeting people who wanted to market things I would create on my own time. It allowed me to start accumulating the cash to enable me to take the first full time step to being a full time entrepreneur. I bid on many good size projects for people who I knew or knew of me, looking for one significant enough to warrant going into it full time. As part of that project, I was able to build the core of a product that could do so much more than the project at hand. In other words, I set out a 5 year plan and used the startup project to move me forward along the path.

That company grew to many state-of-the-art products most of which had never been done before. And over many years the company grew to over 400 people with systems all around the world. I eventually sold the company so I could go on to new inventions to work on. I have now started 8 startup companies and have fun every day working on leading edge products.

I started my career at Nokia, when they had about 45,000 employees. Went to a local telecom operator with 10,000 employees. After that 220 and then I was 3rd employee. When the company had grown up to about 30 people, it was time for me to start from scratch. I consider my path a good one. I had the chance to learn processes and make contacts. Learn my skills that I could later utilize as an entrepreneur. The last company I worked for was a good environment to see what it takes to make a company grow from an idea to now an 80-employee company.

Looking back in history, I've never really been the studying kind of a guy. Nor did I enjoy a lot of discipline and authorities when I was younger. Doesn't mean that I ended up in trouble though :) Anyway, my character is such that being free and taking all the responsibility, credit, profit and losses on my own fits me like a glove.

It's a discovery - similar to "do you like sushi?"  You don't know unless you give it a try.  I didn't know I was an entrepreneur until I was 40 - but it certainly explains why I was always in trouble in my "corporate" jobs for trying to do things differently or break the rules.  In any case, before you take the leap make sure you have at least 12 months of salary saved (not even a penny less) so that you can focus on building your business and not beating off the bill collectors.

I think after my first two jobs in early years of high school, I thought to myself "there has to be a better way to this work business". And I think it was at that point I realized, it was a part of me. I thought it was my passion for art and baking I wanted to full fill but even after running a baking company in high school, I wasn't really satisfied.

I have always been really creative, but eventually, the art stopped, but projects and ideas continued. My passion grew, and I wanted to help and change the world, and I knew I would need to be the driver of change. And as I changed jobs, I realized it wasn't a specific industry, it was that idea of taking charge and doing what I could.

I also don't see me being an entrepreneur as a career, it's simply who I am. I find joy in creating something and seeing other enjoy it, and perhaps make it as well.

It started in middle school.  I was trying to gather my peers to start a blog called "angry dwarves".  I had been watching too much Howard Stern (this is what young men did).  I repeated this pattern in college when I attempted to round up a gang to start a computer game.  I'm not sure I'm really an entrepreneur.  I'm more like someone who watched a little too much TV and wanted to form his own "Wu-Tang Clan". 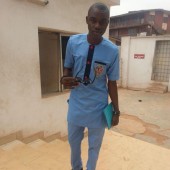 Dear Sadie, you have asked a very interesting question and all the answers so far have been insightful. One other thing I would like to add is that "the jump" to entrepreneurship is mostly as a result of knowing you can do better than is currently available...of knowing you can make a difference with your products and services in the lives of your customers..and with the resultant wealth your services generate..that is what will not just help you ascertain if you should be an entrepreneur, it will also help you become a successful one...best wishes