How do I find a sales/marketing organization that can take an existing SaaS product and run with it?

Greg Duplessie Looking for Sales and Marketing help and advice

Hi. I started a SaaS company a year or two back. My product is called the Live Event Intelligence Platform (LEIP - www.LEIPevents.com). I’ve had some on and off outsourced marketing and sales help over time….but I’ve been the only constant. And I need help.

LEIP has reference-able clients. It has repeat clients. Just not enough of them. It is profitable and high (to very high) margin when sold. It is sold into the live event ( B2B trade shows, conferences, etc.) industry to help organizers and exhibitors greatly increase sponsorship and attendee revenue (and attendance). It’s got a fairly unique value proposition and, quite simply, it works. For any event (presently in the U.S. only, but can be brought to other countries)

For various personal reasons, I cannot lead the charge any longer. So I’m looking for sales and marketing help (a small group? a full-on company?) to take LEIP to market. Obviously some background selling into the event space would be a big plus. But anyone, or any company, that sells to marketing organizations could easily pick this up and start taking a slice of the marketing budget with this product.

I’m willing to give a majority of the profit for a majority of the work (I’ll continue to help, teach, even close, but won’t be the lead). And I’m wiling to offer significant earned equity for sales. LEIP has proven itself to be valuable, but I can’t be a one, two, or three-man show any longer. There is too much opportunity out there.

So if you know of companies with sales and marketing capabilities and that want a solid product that works and can be sold today, then I’m all ears. Let’s have a conversation. Thanks very much for your help and direction.

So I looked deeply at your question and I looked at the responses too. What has been overlooked is between the lines. It reads as, "If I just had more sales I would be more successful." This is a common symptom that isn't a sales problem. This is a product problem. Many, many business owners do not make this connection and continue to bang their head against the imagined wall of "more sales." I run into it often when talking to CEOs who are looking for coaching/consulting services and I ask them what's bothering them about their business.

I'll say it again, sales is most likely not the problem here. It's most likely your product. If you're lucky it's only bad marketing, but most of the time it's product fit in these situations. You're in a competitive space dominated by a few big players who control most of the business. And yes, there are plenty of people who aren't very interested in cracking the $15,000 nut (or bigger) to engage one of the other event intelligence platforms that's going to do the job well. Clearly the business has a high profit margin. BUT, whatever your value proposition is, it hasn't been enough. If it did have a superior fit, you wouldn't be struggling to gain more sales, even with competition. LEIP probably has a mediocre fit, and that's why you're reporting sales are also frustratingly mediocre.

When you hire an outside agency to promote your product, you need an iron clad sales process first. When you don't, you're asking a group of people who don't know your business nearly as well as you do, to do what you couldn't. It's most often less successful than when you were selling yourselves, as the authority to speak about your product is less, and the feedback prospects give is often lost from which improvements are often inspired.

What's going to help your company be more successful is to go back into your strategy and look at what assumptions you've made about your audience. My guess, and from what I know about marketing events, is that you have made some incorrect assumptions and without testing those assumptions, you have made a few key mistakes. Sure your product will work for some people some of the time and for them it is the best solution. Just not for most.

And that's what you likely need to fix in product development, as well as marketing strategy, so you have a much better fit to the intended audience. Remember that testing your marketing strategy (includes assumptions) comes BEFORE finalizing your product.

I'm going to suggest that you take a look at a company like Feathr. They're in your space, and they're doing extremely well. Even though they have their own other issues, sales is not one of those issues. You can see how differently they present themselves than how LEIP does.

I appreciate that you recognize the need to train your salespeople to follow your winning process. I also appreciate that you recognize the amount of risk that you're asking someone else to take as your salesperson will require a higher-than-average commission. Fortunately your profit margin is high. But, the same recommendation I would make if you were a client of mine, your first pass at describing the problem made it clear the issue wasn't really likely to be a sales issue. You're frustrated, which is probably why you don't want to lead sales, and I'm attempting to redirect your frustration at the real culprit.

I have a little bit of marketing criticism too. As someone who shopped extensively for offerings in your space in the recent past, your web site is not making a confidence-inspiring impression. It doesn't appear that the content you are sharing has been tested for its effect on viewers. Even from simple best practices perspective of visuals, the content is presented in a way that pushes me away and prevents me from investigating the product further. This may be another significant factor inhibiting sales, even if your product/market fit is better than I judged.

If you have tested your product/market fit and I have misjudged that situation, then it's definitely your marketing collateral that's a negative influence. It could be both, but I've not tried to become your client, so I can't say what kind of a fit your product actually is. The marketing, in particular the web site, is not helping you close sales.

Good luck. I hope you find the resources you need to shift in a positive direction.

Hi Greg I run read through your comment about your LEIP and I found it interesting. I think I can help you introduce the product in Africa. We should have a discussion. I look forward to hearing from you.

I was recently contacted by a company called Dura Holdings https://www.dura.software/ - I don't know anything more about them but they might be the right people to talk to. 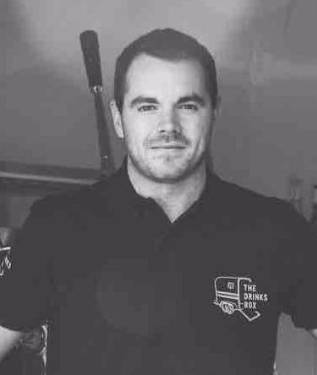 Hey Greg. I run a hybrid consultancy agency focused on revenue growth for B2B SaaS companies. I'd be interest in having a conversation with you. If I can't help you out, I have an extended network that could.

In truth, it is highly likely that nobody will take over and do as well as you have done at achieving your dream. And if you came to me a year ago and applied to present at angel to exit (http://a2e.co/) we might have been able to help you. One of the things we likely would have done would have been to help you identify the need for and help you gain these folks. But once you declare defeat, it will be very hard to move forward.

Having said that, most leaders of most startups hit a similar sort of wall. We find this very often in advisory boards we run. And we help the entrepreneur get past them and continue forward, or find another entrepreneur in a similar space to join with them to make the whole better than the parts.

If you go to our site, review the content (videos and articles), and if you want to discuss this with me, please send me an email and we can see whether it is worth your time and effort (and ours) to engage in helping grow your company.

That's really the best I can do for you.

I find your product interesting and am looking forward to a conversation with you.

It's a great product and we are looking to continue your work.

Hi Greg, Looks like an interesting platform. I have recently been having discussions about how to wring more out of the trade show channel with a current client. Would be interested in having a discussion with you about your proposed partnership/need. 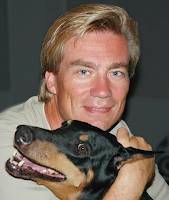 Greg, I have worked with companies ranging from startups to Fortune 500. A typical rule of thumb is to allocate 15% of your annual revenue goal for marketing. I understand that you are currently in revenue. What is the marketing budget you have for your SaaS company?

Greg Duplessie Looking for Sales and Marketing help and advice

Thanks very much for this, Toby. I’ll check them out…..Cheers. 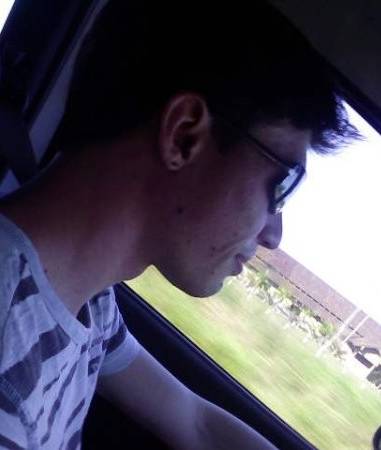 My situation is similar to yours in my company.

Our solution helps trade show organizers plan the layout, manage sales of the spaces, and keep the event site updated with exhibitor information.

Currently we have 23 paying exhibitions in Brazil, whose size ranges from 150 to 500 exhibiting companies.

Just like you, I also have an interest in expanding our operation to other countries and a business partnership would make perfect sense.

If it is in your best interest, we can start a conversation to find out if and how we can add value to our customers together.