How do you deal with a cofounder that leaves the company with a good amount of equity?

So we were working on a project where we were a total of 4 cofounders initially. 1 of the cofounders had to leave 3 months after incorporating due to family issues which made it imposible for him to take on the risk of being the cofounder of a potential hyper growth company. Especially the financial risk and salary cut.

The big mistake that we made was that we did not put a vesting Schedule for the 4 cofounders at the beginning. Now the cofounder that has left owns 25% of the business and is not willing to return any of it as he feels he is entitled to such equity for coming up with the idea.

The issue that we are facing now is seed investors that are telling us that they are not willing to fund a company where there is already 25% of equity out of the door that is useless.

What are our options and what would you recommend doing?

This happened to me in my 3rd company, and it is just horrible when someone you think you trust screws you like that. His name is Kirby and it was 18 years ago (just to show you how I remember the pain).

Here is the best solution: dilute him down by simply creating more shares and issue them to everyone else. So if you had 1M shares, simply issue 10M and he is diluted by 10X. Or 100X. Yeah, may increase your corp. fee if your state charges by the number of shares. But that is usually not a very big deal. You could also issue preferred shares in a way that makes common worthless by putting a liquidation and dividend preference on the series.

Also, be sure you use restricted shares with buyback option so he can almost never sell them.

To be clear -- don't screw anyone that deserves reward, but it can be demotivating for others when someone is rewarded for non-participation. There is not enough information here to make a judgement about "the idea". But it's kind of easy to say "let's make anti-gravity" (the idea), but actually doing it is another matter.

Talk to a very good corporate attorney. I see lots of ways to handle it properly, but the core is to execute company cleanup legally.

kraig Into ICOs, fintech and saas

You, say he's not willing to return any of it. Did you say gice us back our equity now your leaving, or we would like to buy it back? 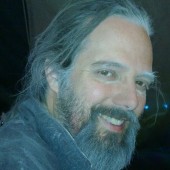 1. The seed investors shouldn't care who owns equity at this point, that's your loss, not theirs. The issue probably isn't the ownership of the equity, but the potential complications of having a stakeholder whose interests aren't aligned with yours, or having them hold the company hostage at some point (such as by refusing to sign off on a critical agreement of some sort). Talk to the investors, see what the real issue is, you may be able to negotiate something that allows him to preserve his equity and alleviate their concerns, such as assigning his voting rights to the remaining co-founders, etc.

2. Realistically, he's in the drivers seat with regards to negotiations. Any action you take to dilute his equity and/or to eliminate it (such as via re-incorporation) has the potential to trigger a lawsuit, and would have to be revealed to investors during due diligence. Now, a contract is worth exactly what you're willing to spend to enforce it, and he's not likely to have a lot of money to spend on lawyers at this point, it sounds like, but then he doesn't really have to... he's essentially got an "option value" play here... if his stake becomes something worth something, he'll have the incentive and the resources to pursue a lawsuit (at which point you would probably be best advised to settle, quickly and quietly). Even if you just keep the team together and pursue something entirely different, there's potential for complications. If you split up, and individually pursue anything similar, there's potential for complications. You're going to need to negotiate something with him almost no matter what you do, to prevent him from retroactively grabbing a piece of your equity somewhere else if you do hit it big (enough to be worth a lawsuit).

My advice? If you really think you have an idea with value, find out exactly what his price is for a buyout or significant reduction in equity or otherwise neutralizing your liabilities going forward is, if he has one. Make sure every step in the process is documented, transparent, signed off on by all parties, and legally vetted. Then, make sure the issue is fixed going forward with all continuing parties. Definitely, talk to a lawyer.

Also, the "Sell The Story" option has merit, but you need to be careful not to create liabilities for yourself in the process, such as for libel or blacklisting. 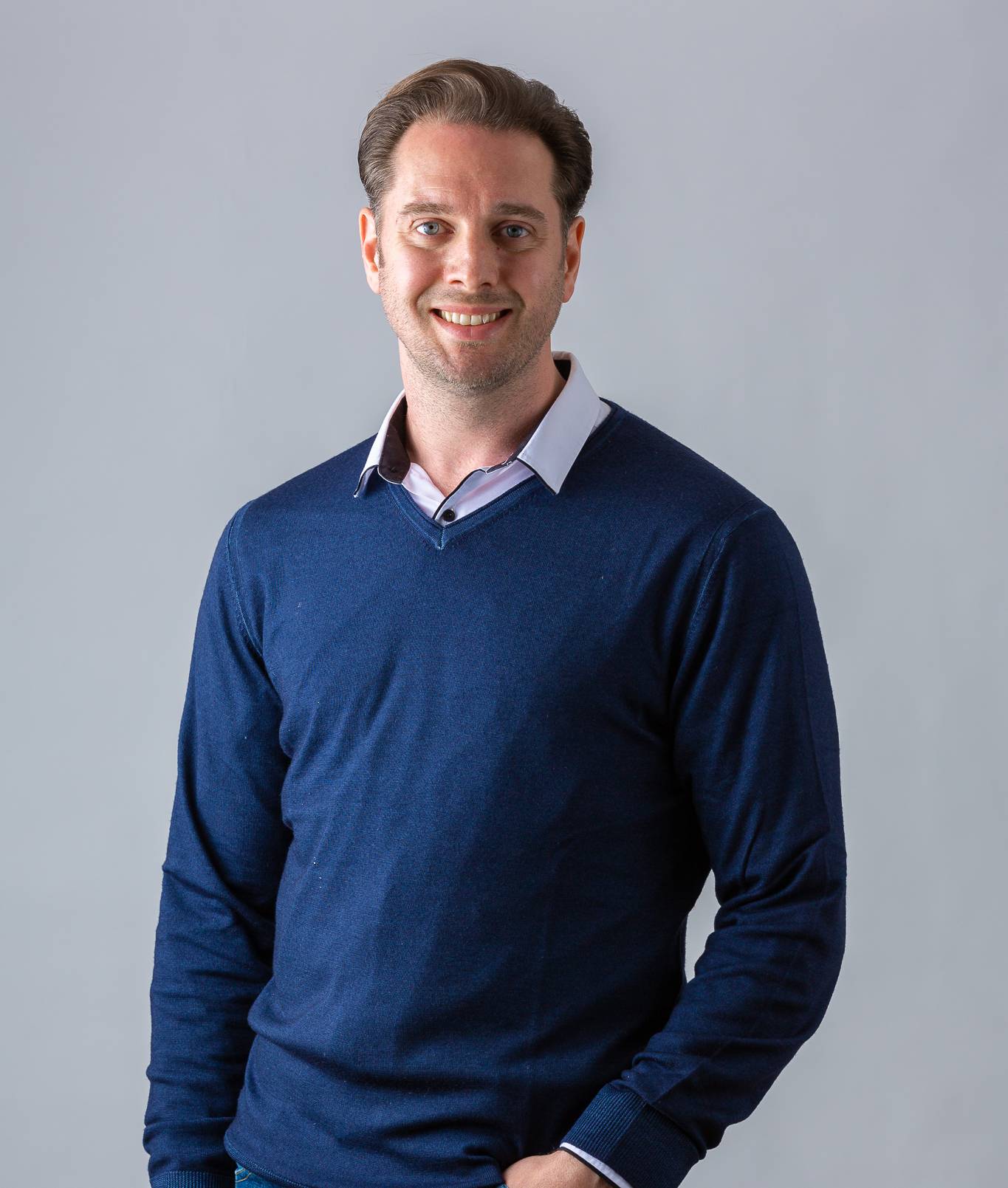 Really, no one has any equity at the beginning, because the following reasons:

2. An idea is just an idea, the equity comes from the input share of the work to build the business, not,,, from the belief that the idea has value.

3. Ownership and shares only mature (come it to any value) after a 2 year of commitment to the business.

If the guy does believe that you three can make a go of it with out him then, you could work out a plan to offer him a share as a consultant, he can work in evenings and weekends.... and yes, he will be killing himself to get it all done.

(I personally hate hate hate people who think that they can start a business and assume to work a 9-5 Monday to Thursday with half day Friday - do that and expect to fail, no... guarantee it.

Totally agree with the investors, if you have to pay someone to replace this co-founder then who's going to pay for them,,, the investor!?

If your friend thinks that family issues makes it 'impossible' and you don't see that the business will return a financial return very quickly then I'm very sorry for him.

I hate people who dont want to put in the risk but wants to collect rewards, doesn't make sense. That's why youre a fucking entrepreneur and not an employe, everything these days are remixes of each other Anyway.

I would straight up disolve the current company and reincorporate without him unless he wants to invest every penny he owns to balance out the risk.

Sit down with that cofounder and point out that if they hold onto that 25% then everyone will have nothing beause it is literally a block on seed investment.

That you could likely offer them a token amount of capital, especially if they were able to be involved at a strategic level in meetings abd board meetings.

For example my previous non-exec got 1% of the business - at the time of the deal that 1% was worth around £20k, which isnt a bad amount of money in exchange for being on call for advice when we needed it, attended our monthly board meeting and making high profile intros into his network.

This was 1% for someone actively involved, massively high profile in the industry.

Explain to them that at the start up level, anyone who holds shares must be adding benefit to the business or it will fail. Make them feel appreciated for their contribution, if not.. at this stage, as underhanded as it may feel you may be able to simply close the business and start a new one with equity split 3 ways. My guess is if you are pre-seed then you dont have much IP like trademarks to move across and they could be cut out that way (consult a friendly lawyer?)

Yes, you made an error by not having your attorney deal with this possibility in your original agreement between shareholders. If the idea was his originally, he may be entitled to his share in any event. Seed investors should not give a damn who holds the equity or what happened to cause this person to leave. It would be the same if 25% of the equity had been sold to another investor and those funds used up. They are buying the existing company and betting on its future.

Regular, small dilution as investors and new workers come on board is probably the safest course if you cannot buy him out.

Each year issue new stock (with a vesting schedule to avoid this issue in the future) but only issue it to those who are actively investing or working at that time.

Don't go all out in the first round and dilute him completely, but make a plan that essentially, over four years, dilutes his shares to, say, under 5%. If you issue regularly, and it's the same dilution every year for non-contributors, he'll have little leverage, legally or otherwise, to suggest that what you're doing is unethical - everyone else is actively contributing.

Further, if the company does succeed his value will still increase over time despite owning successively smaller portions of the company. And if he wants to participate again, he will have to figure out a way to contribute according to your plan.

Your investors will likely accept that plan, and accept that he will always have some portion of ownership - as he should, given that he was an early co-founder.

Kit Webster Been there done that CEO-FO, public and private co

So, for all of you out there forming a new company, create what I call a Prenup, which includes, among other things, assignment of IP, a non-compete as necessary, and a buy-sell agreement wrt stock. The basic buy-sell includes a process for valuing the company at any particular time (eg, death, divorce, leaving the company) and the mechanism for payment - usually a note to help out with cash flow.

Ok, you did not do that.

Contact your lawyer. I am not a lawyer and cannot give legal advice. But, something I would consider would be diluting the errant cofounder's stock through the issuance of additional stock to remaining cofounders and perhaps others. There are variations on this involving mergers and the use of preferred stock, but this is where you need to get into the details with a lawyer. It is reasonable to anticipate that the errant cofounder will fight back.