How do you deal with culture when you need to lay off people?

Culture is one of the most important things to protect when building a startup from the ground up. It can make or break a company and the first employees are the ones that really setup the framework for everyone that joins the company after. However, in the face of adversity when you need to lay people off, how do you really protect the culture and minimize the impact that this can cause in the organization? Appreciate the thoughts.

That's a great question.  I've worked with many companies which, because they did not ask that question, experience a massive nose dive in their culture when they laid off people.
Off the top of my head, some ways to minimize the impact of downsizing on culture, are ....
1.  Make sure the CEO and execs are role modeling to the nth degree the values and behavior norms implementing/communicating the layoff.
For example, if respect is a core value and a behavior norm is acknowledging people for their contributions, then applying that value/norm would first treat laid off people with respect and dignity and acknowledge publicly to whole company their contributions in the company.  I know one CEO that went as far as making sure every downsized employee found a job in another company by making connections/recommendations to those in their network.
2.  Transparency to the nth degree is huge.  Letting the company know well in advance this change is happening, why it is happening, how decisions will be made and steps company will take specifically to move through transition.
To not have extreme transparency breeds mistrust, fear, fragmentation and others leaving as well.
3.  Open honest dialogue where those remaining can voice their feelings and concerns.
Downsizing is a real jolt to an organization and lots of emotions come up as it is a form of loss.  There needs to be time for grieving, voicing any apprehensions and asking questions.
Leaders need to be aware of how employees respond to the change.  Do some adapt to the change quickly?  are there resistors?  how will you deal with resistors?  will fear drive a wedge between teams/functions?
4.  Plan for and communicate other related changes.
Those employees left behind may get transferred to new role.  Or they may take on other's  responsibilities, aside from their own.  Or they may report to a different boss.  Etc.
This need to be well laid out and communicated in advance as to minimize confusion and chaos.
Also have the goals, markets, policies, etc of the company changed?  is that part of the reason for the downsize?  All this needs to be communicated multiple times in multiple ways.
5.  Take a pulse on the organizational climate 1 month, 3 months and 6 months out.
You want to keep your eye on if or to what extent the culture has eroded for things that were not obvious right away.
Once the organization gets through the most difficult part of the transition period, it's time to rebuild trust and re-inspire.  Employees look to leaders during those times for positive inspiration.  They want to be re-energized and believe that leaders have their back.
Those are the first things that come to mind to your question.  Appreciate the discussion.

1. Don't put it off. Especially for early stage, move quickly and decisively.
2. Be honest. Be kind, but do not fudge on the truth, ever.
3. Be legal. Check with a specialist if necessary.
4. Be transparent. Everyone will have questions in their mind. Take the initiative to let them speak their mind and ask. 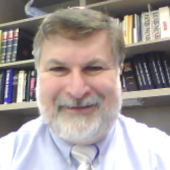 One of our companies hit the wall.  And, we needed to cut 8% of our costs imediately.  The good thing is were a relatively transparent firm.  (We did not share salary data, for example.)   We elected to offer everyone a 10% cut in salary until we turned the corner (including executives, but we had already elected to cut our pay) or remove two folks from our staff immediately.  Knowing that could mean a bigger burden for the remaining staff might have been the issue, but to all but one person, the pay cut was chosen.  We terminated the nay sayer after two weeks (he continually groused),  and every one got a 15% bonus at the end of thevtear, when we had turned the corner.
We got to keep and grow a great group of folks.

Ben Horowitz does a great job of covering this in his book "The Hard Thing About Hard Things." Here is the summary without the superlatives.... be honest, direct and helpful with the people you need to let go. Don't yank their chain with accolades, tell them the facts and help them move on. Keep the people that stayed behind in the loop too. If you are consistent in always caring from day one, moral can survive. If you do this just around layoff, your culture is going to take a hit.

I think if culture is really important, transparency becomes the way to share the details of something like needing to lay off people. You don't want to create a panic - but at the same time, you need people to rally around what needs to happen in order for the company and team to grow. If you are sharing goals, results, and details - when it comes to a layoff it will be because those things haven't been met. If you previously haven't shared those type of details - then there is no time like the present "hey, this is where we are". I also think falling on the sword and talking about what you are personally doing, or mistakes that have been made is important. Let me know if you want to discuss further.

Culture starts and finishes with the owner of the company . The founder . The company should be based on the values of the owner and those who work within the organization adopt those values as their own. Thus new people who join will also be inducted into the culture. Those that don't work within the values of the organisation will not stay long and you would not want them in your organization.

Any organization establishes its primary strategy and purpose, it lays the foundation for other elements such as structure, processes, people etc... Post-downsizing efforts must include a revision of this organization strategy, that will begin to restore order otherwise chaotic situation resulted of the chain effect, answering the numerous questions, managing the survivors before they lost the sense before such situation arises that questions organization.

Companies with great cultures lay people off with no impact to their culture, because a great culture is transparent and involves everyone in solving business-wide issues that could result in those layoffs. It seems like your question might be more directed at "how do we keep momentum when we're having to lay people off". If so, that's a very different question that companies with great or lousy cultures both have to deal with. Is that your question, or do you see that laying people off will somehow affect the core culture of any company? 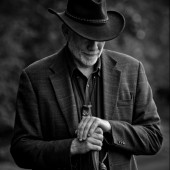 To your question about protecting culture ... you cannot. Because culture is about human interactions and the artefacts that result from the interactions. One of the artefacts is language - that is, the words used to describe/explain/prescribe what's likely re: background conversations ... What are people talking about around the water cooler, in the lunch room, etc.?
Question - are you asking about "climate" = foreground conversations (What happens along the lines and boxes of the org chart)? Now ... something can be done with truth, trust and transparency ... as per the suggestions above - thank you for the insights!