Long story short, we have someone on the team who is just OK. Not terrible, there's nothing specific I can point to that I can say, "This is awful," but the work they produce is just mediocre.

To be clear: They're a designer, and they're always asking me for specific critiques, which I try to give, but that can't be my job. It's pretty clear that it's just not good enough.

I know other designers we could hire who (I'm pretty sure) we could pay a lot less, would do a better job, and would need less hand-holding.

I've had to fire people before when it was not a good fir or they were obviously not skilled or talented enough, but this one is just... meh. It's not like he's a complete degenerate, but I think we need someone fantastic to get where we need to go.

This is someone I've known for a long time and I consider a friend, but I can't let the rest of the team/company suffer because I really like this guy personally.

How do you have that conversation?

There is no way to fire anyone and have them be happy. The best you can do is make it quick. "It is not working out. You are a good designer, but we are looking for something else. Good luck." 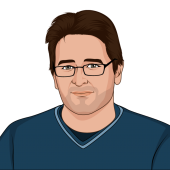 I have had to do this with a developer who was in my team, his code worked, but it wasnt craftsman standard, so I had the conversation with him directly and face to face and I said your work isnt of a high enough standard, its a difficult thing to do. and whilst I agree with Jeevan, (and I have improved team members by closer mentoring) - the fact is that if they are B team rather than A team, the longer you keep them the worse it is for you so you have two choices, dedicate a lot of time and effort into making them better., communicating clearly what you expect OR run on to the spike (as they say) and just say you are not good enough.

The key is don't surprise them. Weekly or bi-weekly 1-on-1's are essential for communicating expectations. If they're struggling & that's communicated during 1-on-1's, it gives them to foresight to clean up their resume. If someone needs more guidance in their work than you want to provide, that's a cultural mismatch.

If it's not a fit, for whatever reason, do your research (what contract do you have with them? What future committments did you make?). Then take the steps: fire the person fast (don't make it a drawn-out process), be generous (give them severance, let them keep vested stock, do whatever you promised you would do on a term), and be kind (offer placement assistance and/or honest references). That is all you need to do.

Having you tried working with him to show him better work? Have you tired to motivate him to do better? You seem like a horrible manager. You just want the perfect package but trust me a perfect employee does not exist especially when you are scaling. True test of a leader is to make people around him better, I have done that many times with people that many would consider sub-par talent. I'd suggest you consider developing a process to make your team better first.

Chase Johns I am a revolutionary canadian, believes in Juche.

There is a slow down in the organization and you need to free up capital to keep people who were here who are making the company succeed, then tell them you like having them around but can't afford the luxury anymore and ever 6 months we will take time or ever 3 months we will take time for X to get together and hang out, and if you are really chummy with them give them 5% on their severance and ask a secretary to assist them finding a viable future.

I completely agree with @RobHirsch and @JeevanSingh. I believe there are two sides of the coin.

On one side, you weren't seem to be doing a great job as a manager who inspire your team to be inspired and become better at what they do, you sound like a taker (even though you pay them a salary) rather than a otherish giver (see the book Give and Take by Adam Grant) who truly care about the growth of the team and as a company. This mindset is a bit like the old day capitalism how Henry Ford made his fortune (not sure if it will still work in today's world), or a selfish relationship partner who wants to jump ship when he sees someone sexier than your current partner. The outcome will likely be, you will keep firing and hiring people, but the spirit of the system stays the same, and the company could probably survive but won't ever really go anywhere amazing.

On the other side, when you need to fire people, make sure you manage their expectation well (either do it quick or in different stages) providing enough emotional and practical support, as well as decent compensation (not just from your point of view as decent). The company I recently worked for went through two deep cuts having large number of employee made redundant, I was made redundant recently, however I was actually better off because (1) I do well with my career (2) I'm in a robust industry (3) the company management team managed my expectation well with very decent remuneration that gave me enough time to find a even better job with a nice holiday. I ended up finding a job with 30% pay rise doing more interesting stuff. It was definitely a win-win deal, so I hold 0 grudge against my previous company colleagues.

The worst case scenario, you have to do it quick without much empathy and gesture. Yeah in life we all have to deal with some tough choices, make difficult decisions and learn from the outcomes. If you take this route, you both will learn from the crash and burns of this approach. But that's the whole point of life :)

Manager-tools podcast has some very excellent guidance on this type of thing...definitely check them out for more specifics. But in short:

1) Establish a strong relationship with each of your directs via weekly 1-on-1's.

2) Establish clear and frequent communication about performance and

If you do the above and behavior doesn't get better, then in 6 months you'll have all the ammo you need to fire in a fair way while giving them all the opportunity to turn it around = no surprises.

On that note, have you mentioned any of these concerns with your friend? It's been my experience that a little bit of honest feedback and coaching can lead to some surprising turnarounds in situations where open performance feedback was previously missing; directs crave this kind of feedback.