How do you collect and prioritize product feedback from early customers? (50-100 users) 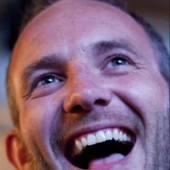 I’m in the early stages of a project and have a few landing pages running to test value props and collect emails of people interested in trying the product. I also have a prototype (alpha) I’m testing with a few early users that I’ve tracked down one by one.

I’m considering how to best work with the next batch of users I'll add to the product from the landing page signups. It doesn’t need to be fully scalable support at this point but I do need to collect product feedback in a structured way so I can prioritize it. I’ll shift the support model again when I get to ~100 users.

- How have you worked efficiently with users in that V1 stage where the product is functional but still being developed? And you have too many users for them to have your cell number.

- Any suggestions on tools to use? Support tools like Zendesk or other types.

- Any sneaky problems I should look out for?

Was also waiting to see what kind of responses were here but I'm doing the exact same thing on my end.  Our solution was surveys.  I know that might seem passe but in reality if you are working with a highly interested segment of users who feel staked in your product they will likely answer some survey questions.  But the survey allows you to control the questions (vs free form text, which will be all over the place) both about the product and next steps.
Well designed surveys, that are shaped along with product development and feature sets, lets you really hone in on the details.  And best of all, you can generate really nice metrics from the controlled feedback.  Challenge your own premises, question your inherent ideas, get validation from users.
Its worked well for us.

I'd say email + inspectlet. Let them express what they think happened to you in free form text. Then look at what they are actually doing. It'll give you a wealth of information to _see_ what they did and associate it with what they _perceived_ . Sometimes we just are too close to our products.
Other than than, I'm with Michael. You'll find that by the time you get to day 3-4 it'll be really manageable. 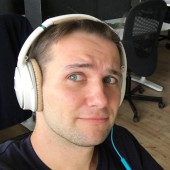 Honestly, don't overthink it.
If you said 500 users, my answer would of course be different, but when you're talking about 50-100, just use a simple speadsheet where you just put in the core issue of each report and organise it by the type of issue it is. - This being said under the assumption that there won't be more than a couple bug reports, if that much even, from most users.
If the users are reporting bugs to you by phone, ween them off of that quickly and move them all to email reporting.  Better yet just have an extra button in your project specifically to report bugs which then simply sends the bug report to your email.
Essentially, at such an early stage don't fall into a paralysis by analysis trap as it slows you down way too much.

Totally agree on not overthinking it. I've mostly used the spreadsheet method in the past, even into the thousands of users with large support teams.
Was interested in whether anyone else had come up with more efficient ways. Inspectlet is interesting, I hadn't seen that particular tool before. Linking it to email to cross-reference their description with their actions is gold. We used to do a lot of manual issue categorization and data merging to get to that kind of information.

Anyone use Bugherd with the alpha users?
I've tried it in theory with my own team and don't see as much usage as I would hope.  But in theory, it'd be really efficient...not sure if anyone else has gotten users into that flow.

A simple data collection interface that the customers can input themselves
+
the ability to standardize the inputs for easy analysis (ie. 1-5 or good, neutral, bad instead of free form narrative)
+
data exportable into excel
=
Google docs survey form.
Simple to setup, administer, share, and export data from.