How do you respond to covertly sexist comments?

As a female entrepreneurs I find that most of the comments made to me or repeated to me that are problems are not the overt, awful comments that most people know are wrong. It's actually the more covert comments, greetings, events we're excluded from (E.g. dinners) that make the impact. It's really death by 1000 paper cuts. The problem I see is that if you say something in the moment or too often, people tell you you're making a big deal of things or just complain a lot. Sue Decker sums it up well here
I'm curious how other female founders tackle this - do you always say something? How do you say something without making everyone feel like a jerk - because they probably aren't one, they just didn't realize. And yet still not always be "that girl" ?
Not trying to incite a riot, just believe this is important and especially on International Women's Day. Constructive responses only please.

Why are you consistently responding to me in a, well, sexist way, when I've been nothing but supportive in the conversation? How exactly do those comments cause anything but more divisiveness?
You're doing the very thing you are criticizing in men.

For context, I want to remind you that the topic here is "covert sexist comments" and not "overt sexual innuendo".
Hence, I pointed out the irony of describing a woman you encounter (hypothetically) in your professional life as a "girl." I respect your disagreeing with that... just understand that some people in the workplace will share my perspective and using "girl" instead of "woman" may affect your professional relationships.
I did not say "girl" is a slur, and nor should it be used as a synonym for "unprofessional"... it means a female who's young. Not one who acts young, but IS young.
I'm not following the point r.e. your wife being a "girl", nor why you'd reference the Book of Sexual Secrets in this thread.
Am agreeing to disagree and done with this topic for the eve. lk 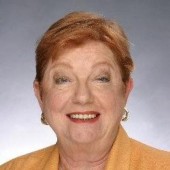 I think the best way to ignore the covert comments is to ignore them and assume you have full rights - speak up as though the comment had not existed. Men seem to have no problem inserting themselves in conversation - and expressing their talents (just a generalization - don't shoot me gentlemen) and so should we.
Don't wait for an invitation - assume you belong.  On the other hand, be fair.  We women frequently create women only events - so the "old boys" should be allowed to do so as well.

LanVy,
My post was an honest inquiry from someone SUPPORTIVE of the topic. Not sure why you want to turn that around on me with a condescending remark.
I ask specifics because that's the best way to give advice for any interpersonal issue. Advice given about generalities is rarely useful. And I think the main question, despite being on the topic of sexism, was focused on how to address COVERT communication, which I'm certainly qualified to comment on.
Andrew... really... you're not contributing constructively to this discussion with comments like that.

Edit: My apologies, I completely missed the part of the original post asking only for input from other female founders.

I agree that speaking up is the most effective approach, but it is also probably wise to be tactful about it. It is quite possible (as Chloe mentioned) that those making subtle comments may not even be aware they are causing offense. So there's a potential, though not a guarantee, to educate and avoid similar issues in the future.

Ultimately I think how effectively you can communicate this stuff to anyone is related to the quality of the relationship you have with them. Speaking for myself - I don't think I do these things but if someone I barely know (man or woman) tells me I'm doing something that doesn't fit what I know of myself, I'll likely not give it much thought (unless their delivery of the news seems well reasoned). If someone I know and respect tells me so I'll consider it deeply.

@Julie - In my experience, both men and women are equally adept (or inept) at making the discussion about themselves. :)

Respectfully, David, I disagree. There is a big difference between hijacking and being interested in helping and contributing to a conversation about what I feel is an important topic.  I mean, the topic was concerning the interaction of women AND men (two parts of the same equation). It doesn't seem far fetched to assume that a supportive voice from the male perspective might be OK to include too.
Regardless, it was not my intention to cause a problem, so I will leave the conversation. Chloe, if you felt my presence in this discussion was disruptive, I apologize.

Mutual courtesy and respect is never sexist. That is, men should hold doors open for other men as often as they do for women. And women should do the same for others when they are able to do so.

@Arlyne  "I think the best way to ignore the covert comments is to ignore them and assume you have full rights"
This is the way I've handled most situations, but context is everything.  You were criticized for the first part of this statement by someone who apparently did not read the second, more important, part.  I spent much of my career being the first woman or only woman in various contexts in my very male-dominated field (geology--not so male-dominated now), and I'm old enough to have predated political correctness by at least a decade.  I learned very early on to distinguish between inadvertent sexism, which is brought about by acculturation, and true sexism, where the person was intentionally excluding or disrespecting me.  The inadvertent sexism I would ignore (except in one instance), and I found it usually went away on its own as the men in question adjusted to the fact that they were in the presence of a powerful woman who considered herself (and was) their equal.  The true sexism I would call out.
"Assume you have full rights" has worked brilliantly for me.

I'd like to apologize to Christopher for my early comment in this thread where I suggested he leave the conversation. While I stand by my position that the question was directed towards women, and this conversation should be among women, I was a bit harsh. I think the idea of Chloe's original question made me cringe when Christopher jumped right in, doing exactly what a lot of us do--fail to listen and begin problem solving or injecting our opinions. Obviously other men decided to speak their minds at length thereafter.

Which brings me to John OHanlon. Really dude? I can't believe I just read that comment, regardless if you were being sarcastic, tongue-in-cheek or not. Is that what you say to the women you work with when you don't like what they have to say? Good grief. Now we have an actual OVERT sexist comment on the thread. Bravo.

Julie, I have to disagree with you that "the specifics are not the issue". Specifics ARE important to any discussion that means to accomplish anything.
The opposite of "specifics" is "generalities".  And generalities are the BASIS for all discrimination.  Prejudice consists of assumptions made about character, behavior or value and applied to an entire group as a generality.
The effort to discuss specifics about anything is an effort to understand the general by inductive reasoning.  Indeed, if it is truly is as you say "a pattern of behavior so ingrained in our society that it's just considered standard behavior" then the only way to BREAK that behavior and make it more VISIBLE is to point out the instances of it and discuss.
If you just don't WANT to detail some specific instances, that's fine.  I certainly can't force anyone to.  But my original point of asking was to increase my own understanding and hopefully contribute more meaningfully to the discussion.