How do you structure an equity agreement between two co-founders?

We are about to launch a mobile app. My co-founder ultimately came up with the idea (although I helped shape it tremendously), but she currently has few skills to contribute to the future of the startup. I am trying to coach her on how to build these skills, but her ability to directly contribute has been questionable thus far. I, on the other hand, have built and launched apps before, have a business background, and have a real hunger for making this thing successful. I already have built the first version of this app. We want to raise funding and hire, so the equity distribution now will set the tone for the future. Any idea on how to structure an equity contract for this situation? How much is an idea worth? How would vesting apply to a situation like this?

In my opinion, you have a much larger problem. You don't value your cofounders continuing contribution. I imagine she probably sees it very differently. I have almost never seen or heard of someone admitting that their contribution is minimal. Every early founder/employee thinks that what they do is crucial and deserves maximum compensation.
I could be wrong, she may be willing minimize her involvement going forth, but be prepare that she won't...

The simple summary is you're responsible for executing her idea; let's keep it that simple for the moment. I start with vesting and given the scenario, for the bulk of the equity she starts of vested and you vest over time and/or when milestones are achieved. She's made her contribution; yours is yet to come.
The equity division depends, on the strength of the idea on the one hand, and your particular ability to execute. If either is a commodity, the value goes down significantly.
As for setting the tone with regard to future financing, ownership and compensation arrangements are often recast when capital is raised. I've not seen a deal die because an investor didn't like the way the equity was previously allocated.

Jack makes a good point. I must admit that crossed my mind too. Get a slicing pie agreement in place if you're early enough and respect the results. If you don't or can't, I'd move to or start another project. Sent from my iPhone

Creighton - the gist of what Jack, Kate, and Karen are saying is that you have a bigger problem than equity structure.    You can come up with any sort of equity structure you feel comfortable with, but what you have in reality is a co-founder that lacks the tools to be a cofounder (the reasons only matter peripherally)

You have a couple of choices:

#1 has the downside that resources are scarce in a startup  and the more you spend on bringing someone up the skills gap, the less you have available to make the company successful.  Yes EVERY startup has a skills gap... but the question is how overcomeable is this one including the issues of willingness, skills, time, and costs

#3 requires that she be upfront about what she can and cannot contribute and in essence you set aside some equity to bring in a 3rd cofounder to fill in the gaps.   This is very hard to do as so many of the "looking for a cofounder" threads attest to

#4 means she essentially sold you her idea for equity.  Probably the best approach but the hardest to get her to go along with

#5 is probably the easiest.  There are lots of ideas.

Use Slicing Pie. Sent from my iPhone 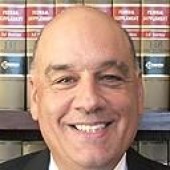 I wonder how she will end up feeling after reading this published account?
I say this because the "chemistry" between co-founders is one of the most
important factors that angels, super-angels, and VCs look for.  Indeed, one
might say that the "magic" of California (as well as Delaware and other state)
law in allowing co-founders to find a domain name, take a business idea, and
pull some open source to create a prototype and then say that the newly incorporated
business (now magically) has a pre-money value of north of $3M (sometimes much more)
is cause there is inherent value -- lots of it -- in building a team that can endure. But, maybe,
she (or he) has read all this, agrees with it, and is not really concerned or maybe the exact
same set of milestone conditions applies with equal force -- to EVERYONE ON THE TEAM --
so effectively you have created a good way to assure performance by EVERYONE and that
will be respected by potential investors.  All said kindly.  Cheers, Jack Russo
p.s. more about my work in this area is at www.zana.io/experts/jack-russo

You are correct on it being a huge problem, although I'm not quite sure what you are implying by stating that it's "larger." However, you should know that I have been encouraging her the whole time. She has self-imposed limitations. She will be the first to admit this...which is likely a large part of the problem. Confidence, scrappiness, and a willingness to just get stuff done is crucial in these early days. I'm happy to give away a ton of equity, if it's fair and it will help the company survive.
l think the solution that we have come up with is to provide her equity as an independent contractor, and then to reevaluate at the end of the summer. Some equity will be immediately provided, and the rest will be vested over four years. In addition, hitting product milestones will provide her the opportunity to gain additional equity.
I want her to stay involved, so I will use this time to help her gain skills that will be helpful for the company future.

Use the Grunt Fund Calculator from Slicingpie.com.   You each get some equity for the idea, but then get more equity based on dollars and hours contributed....and not all hours need be treated equally.  Her hour learning how to do something should not be given the same dollar/investment value as your hours of more experienced and skilled labor.  If she ends up owning 10% for coming up with the idea, and doing nothing more but getting you excited enough to do everything else, that's pretty good for both of you.  Hopefully, as she sees the calculator demonstrating that you are earning a bigger and bigger share, it may inspire her to do more that she is able to do.

I do agree with what's suggested so far. But my take will relate to "My co-founder ultimately came up with the idea (although I helped shape it tremendously)". Yes she may not have the right skills set to enable this project happen, but she came up with the idea and that should be considered in your thoughts about her lack of skills. Personally, I believe we all have to respect the idea originator and rather make room for their fair share of the startup. It is not fair to undermine her relevance and assume your total contribution outweighs her idea. Yes an idea without execution is still a mere idea. However, her relevance cannot be undermined no matter what her current contribution is. There is a need for a sit down discussion and resolution before project moves forward. This is a lesson for all to ensure that an agreement is in place before execution of an idea.