How much equity can I give to a part-time founder? 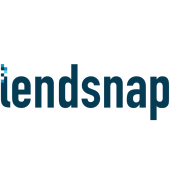 I have read many discussions here and elsewhere on pre-investment founder equity but still want to hear your thoughts about my particular situation.

I am currently a solo-founder building a web fintech product. I have a MSEE but am not a webstack developer so I need a technical parter or founder to join me and be a strong team together. This is my first startup and I have been working full time for a year already. I am negotiating B2B sales contracts right now and think I'm close to having the first pre-sales closed. I am self funded and expect to put in more of my own capital. I have a prototype that contractors developed, which I have been demo'ing to potential customers with good feedback. Delaware C-corp.

I have found a developer (current title: Director of R&D) with 16+ years experience in the relevant industry. And he still programs so he can architect and build the initial product that we want to release in about 4-6 months. I am willing to consider him a founder at this late stage but prefer to avoid titles. I want him to be more than a developer, more like VP or Director of Engineering. He will build the first product, and then build out an engineering team. I can function just fine as a product manager and have been working closely with customers to learn product market fit. I consider him very capable of architecting and building a great product.

But here are the cons: He wants to keep his day job and is confident he can work 40 hours a week for me on the side to build this product. He wants to call that "full time" but I tell him VCs will not see it that way, not the same level of commitment. He wants "to keep his job as long as possible" and join only when I can offer him a full or near-full salary. He has never done a start-up before. Supporting the product after launch will certainly require someone technical to be full time. The salary will be possible only once we get significant funding.

Yes, I need him (or someone like him) to build a product. Alternatively, I have had quotes from contractors for around $100k to do the whole thing for me based on detailed specs, but I want to build internal technical capability.

To get to the point, he wants 35% equity plus the salary starting when we get funding. Common stock isn't good enough for him and he thinks it needs to be preferred. I told him preferred won't happen and it's not how things work. I have already offered him 10%, with 4-year vesting and I have already had advisors tell me "no way" to that level. I feel like "full time" is the lynch pin here. I want to work with him, I believe he can get it done, but it's hard to not think of him at employee level if I need to offer a salary to bring him on FT.

Please let me know your thoughts

Ask him to invest his own money using something like SAFE (refer ycombinator). If he doesn't invest, ask him to become full time for 35% equity with zero salary and standard vesting. If neither works, you are wasting your time.

1) He is not putting skin on the game (money)
2) He is not full time
3) Him wanting preferred stock would worry me, that may tell you he is not long term and is looking for a quick exit.
These are the 3 points I see that I evaluate immediately. I understand he never participated on a startup before, so he wants safety but if I was in you, I would make explicit for him that the rewards of his equity in the company has to be align with the risk from the founders (including him). So the scenario you described I see you taking pretty much all the risk and giving up too much reward (equity).
Some suggestions:
a) start with low equity (max 10%) with standard vesting
b) offer him the possibility to buy shares at a discount or pre-negotiated price in the future so he can increase his equity (you can add some clauses as milestones to make sure he gets the job done)
c) definitely common stock only option
I don't know how good he is, but the fact that he is still working in another company tells that his energy will be split, so this is very important in the early days of any company. We usually work much harder in the first months. So just take that into consideration when evaluating how much equity to give him. If he is not willing to do first, ask later, I say move on.

To your point about titles, if you can envision giving him that large an equity chunk, especially in lieu of salary, I would have no problem calling him a founder. And in your shoes, for the right guy, 35% might be fine for someone to come in full-time. Seems a little high given where you are, but I'm just saying it could be fine.
However, I would consider what he's proposing as part-time, no matter how many hours it is, if he has another job. That's not ideal, but again, for the right guy, maybe it's ok for him to not commit fully to your company. But I would say if he's worth 35% full-time, he would get 17.5% part time. Maybe not exactly half, but hopefully you get my point. You could structure it so that his stake increases some amount when he joins full-time. The longer he waits (and the less risk he takes), the less the increase, in my opinion. And vest everything. For yourself too, for that matter.
I would say to iron out expectations with him. For instance, it sounds like he's expecting a market salary right after funding. I would not expect that, especially if he comes in as a founder. Same sort of thing as wanting to get preferred stock.
He sounds risk-averse, which is fine, and understandable. But if so, you might find the conversation a lot easier once you have actually closed some pre-sales, if that is imminent. Doing that will show him that there's a lot higher chance he'll get something back for his investment. Good luck!

Several things to consider:
(1) The project has a $100,000 price tag. That should help you define the right equity percentage. If your company's worth $1 million, 10% seems fair. If it's worth $400,000, 20% is fair. Etc., but also consider what the company is worth with him vs. without him.
(2) A vesting schedule should consider (a) project milestones, and (b) your expectation that he eventually join the company (and stay). Those two seem more important than the pure passage of time.
(3) That he wants to keep his day job and that he wants preferred stock tell you plenty about his tolerance for risk. 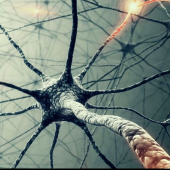 I would say 10% of common stock, and him working fulltime. If he doesn't like it or want it then get someone else.

I echo Ronis' sentiments. 35% equity for someone that isn't full time, has another job, isn't investing any of their own capital and is expecting close to a full salary is insane.
It sounds like he is unwilling to take any risk with the company yet wants all the perks (large equity stake) that come with it. While this is definitely logical from an outsider perspective, consider if that is what you really want in a co-founder / key player in your company - especially one who is responsible for critical internal capabilities. Someone who is that risk-averse either doesn't believe in the potential of the company, doesn't want to (or can't) invest fully into it, or cares more about matching their opportunity costs than growing the business.
All of these can be disastrous if and when things get tough, which is inevitable for any startup. How will he react if you can't get as much funding as you project, as quickly as you want? What happens when there is a cash shortage and he needs to take a pay cut or even halt the salary for a while? If users aren't adopting as fast as you hoped or you need to pivot and lose months of work? When another firm comes along and offers a better salary or more stable career path?
If you don't think he has the conviction, risk tolerance, or ability to stick around to weather out the worst-case scenarios then he is an employee or even a contractor, and deserves to be compensated as such.

I agree with the recent posts.  He is asking to come in essentially equal to you (at half of your equity plus a salary), which seems crazy.  But more important, I don't know that he is a good, long-term 'startup guy.'  With no experience and a complete aversion to risk he is going to crack at some point in the next 5 years (unless you lead a charmed existence).  The personality is going to be a bigger issue than the cap table.

We went down your proposed path at my last company, Orion, with our initial and most of the 2nd version of our platform being built by a guy very similar to what you're describing. I wouldn't call it a disaster, but it got close and I'm not sure we ever totally overcame the technical hole in which it put us. Once we raised money he assumed we'd bring him on at his current salary of 200k. In short, he ended up leaving soon after and we then had him on the cap table, had a CTO hole to explain, and a search for a CTO who would want to come in and continue to work off of someone else's foundation (or rebuild it all). That last one made finding a replacement a huge challenge. The VCs are right to want a full time commitment from anyone they're counting on to make the company successful, and I think you should too. I'm not sure I regret it because our options were limited at the time, but I'd avoid that path at all costs if possible in the future.

I don't care about the number of hours someone works. I only care about results.

Working 8 + hours per day is an outdated paradigm from the manufacturing era.

My cofounder partnership has 3 partners and a 3 way equal ownership split. My marketer works 10 to 20 hours per week on this specific venture. The operations person about the same.

The marketer is getting all the credit card numbers subscribing to our SaaS product that we need. I am more than happy with our revenue growth.

Does my team care that I only put about 10 to 20 hours per week into adding new features, scaling and maintenance?

Not at all. Not only did a bring a solid functional SaaS product to the table for free upfront (sweat ownership) but I iterate on new features in a timely manner. We're adding massive value to our users and constantly adding new features.

It's all about results. Not Part time or Full time.

Both my partners own other businesses. And I am looking for more partnerships as well.

Thanks everyone for your insights! I really appreciate the advice of this community.