How to get the word out about a Kickstarter Project?

I'm in the process of launching a Kickstarter project. After having a couple of them with "less than stellar" results, I'm looking for help.

Does anyone know the best way to get the word out about a Kickstarter project to try to help get backers? The project is going to be a software project involving a Raspberry Pi. I've sent the RBP foundation an email asking if they would publicize it when it launched. Sounds like they'll give it a nod when it comes out if it makes sense to them.

Looking for more ways to publicize it online. I've been looking at other successful Kickstarter projects trying to find some common threads of what publications/blogs, etc. mentioned their projects and will go after those same sources before my project launches.

Wondering if anyone has any other experiences that worked well for them? Would an official press release help? I issued a press release on my last project and it got news links on many news sites, but it didn't seem to help generate the traction that I was looking for.

I'm going to go off a a basic assumption (so let me know if I'm off):  You're trying to launch on Kickstarter because you believe your project could have mass-market appeal.
Even if it is more of a niche you're going after, it's not a demographically based one, so the niche is still pretty broad.
With that assumption, the first thing I would say... forget about Raspberry.
Not the programming element, just forget about talking about it.  Nobody cares.
I'll qualify that - the only people that really care that your project is built using Raspberry are extra techy. That may or may not be your niche, but if it is, consider another one.  From my (albeit limited) understanding, the guys who love/understand the significance of Raspberry will probably just try to take your idea and do it better, or critique everything "could've" done (which is not what you want going on in the comment section.
I haven't read the thread that Jessica mentions above, but definitely go there.
From what I've seen, kickstarter is all about leveraging the net to accelerate and rapidly spread the same simple thing that has sold products and garnered support for ideas for at least the last 50,000 years:  a good story.
Sure, getting press or foundations to drive traffic is important - do it - but the key is to get the 1000 people they drive to share it with their networks.
You don't need cinematic quality video (though it could help), you just need a good story told in that short, engaging (if not entertaining) video, and people will share it.  In terms of traffic, that's the point.
Of course, you really want people to buy it, and so woven into that story must also be the demonstration of tangible value.  How are you saving people energy, space, time, or money, is it believable, and do they care?
The most obvious example in recent memory would be "The Coolest."  The video beautifully demonstrates the features of the cooler, yes.  However, with every demonstration, the inventor is also explaining and demonstrating the benefits.
What made it a viral and commercial success, however, was the story behind it.  The guy thought of every pain-in-the-posterior problem he'd ever had with a cooler and fixed them.  Turns out that story resonated with hundreds of thousands of folks - they had all experienced at least some of the same frustrations, and so the solution was easy to buy.
I'd compare that to a video I saw about a microwave updated with Raspberry.  It was "neat" and even sharable (especially by the techy crowd), but it didn't really solve a problem that people felt they had - it actually took longer to "tell" it what to do.
That's also why the Coolest was so successful - People "bought" the value at $299 well before the end of the video.  The fact that it was offered at less in the kickstarter gave people a great deal that excited them.
So, yes, look for alternative publicity. But before you gain it, make sure you're telling a compelling story and making a great offer that resonates with people.  They'll share it, and that's ultimately how you want the word getting out. 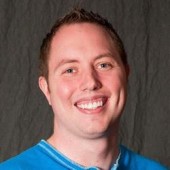 Check this out: http://fourhourworkweek.com/2012/12/18/hacking-kickstarter-how-to-raise-100000-in-10-days-includes-successful-templates-e-mails-etc/
It's a massive guide on how to launch successfully.  As you can see, it's a ton of effort.  Most of the work happens before you even launch the project.
As it's been mentioned, lots of projects use the raspberry pi, so what makes your product different?  Is it just an accessory for the rPi, or are you creating a new product that just happens to use the rPi?  The important part is focusing on the problem you solve, not the technology you use.
Ideally you will already have prototypes built and ready to share before the launch.  Just like in the guide I shared, hit up all the tech sites either in person, or by shipping them a prototype or setting up a skype chat.  Explain when you'll be launching and ask them to post a story about you on launch day.  IF your product is cool/interesting/useful, they'll be more than happy to share it with their readers.
Best of luck!

Thanks for all the feedback.  And yes, part of it is a Raspberry Pi, but it's not specific to the Pi.  That being said it doesn't hurt to be able to tinker with the server a bit, and having a dedicated server (for a small number of users) vs. a hosted shared server, so the Pi seemed to fit the bill pretty well.

Thanks to all ... you've given me a lot to think about and how to do the prep work for a launch.

@ Trevor - i'll take you up on the offer (to John) when you have a moment, if you are open to it. Doing my own planning for crowdfunding as well.
@John - One bit of advice is to target your messaging to the appropriate social media sites they hang out on..Marketing 101 but sometimes we forget that we are indeed marketing a product that must meet a need for a specific group of people. Assuming of course that not all of the world, in all age groups, of every gender, needs your product. Targeted efforts are always more cost effective than shot gun messaging.

There is almost this exact discussion here http://members.founderdating.com/discuss/428/Jumpstarting-Kickstarter-Funding-What-s-Your-Secret and tons of other knowledge on crowdfunding and kickstarter.

Hi John,
I'm happy to jump on the phone for 15min sometime and ideate on your options and an optimal approach.
Just finished my own Kickstarter that broke 1,000 backers and learned a good deal about what works and what doesn't. The topic is definitely a deep one! Hope that's helpful.

I would recommend doing a lot of networking. Going to meetups and other organization groups. Become part of multiple co-working spaces. Give presentations in these spaces. Some of them have 'show n Tell' kind of events. Do anything you can do that's social.

We're building a tool that would also help: www.xtensio.com