How to handle equity option for new, key employee?

We’re a Canadian medtech company. We have been in business for 10+ years. The last couple of years we have been pushing into the US market. We’re starting to gain traction. We want to bring on someone in the US to be our COO. He has a ton of experience in our space and was co-founder of our main competitor from which he existed a couple of years ago. He’s a serious and highly professional person and I, as CEO work well with him. He has the skills and experience we need to grow our US business. We recently incorporated a US C-Corp. We want to offer this individual some equity and are wondering about the best way to approach this under our circumstances:


- We’re not a start-up. We have a product that’s already built and generating revenues both in Canada and the US.
- We’re on the verge of signing a very large deal (~$3M ARR) with a US health insurance company that we have been working on for almost 6 months. Also have other deals in pipeline.
- We have been investing in the US market for the past 2+ years. Penetrating the market was harder than we thought for a whole host of reasons but we’re staring to gain traction. Suffice to say, a lot of money, time and energy has been expended to get us where we are today. All these costs have been absorbed by the Canadian company. - Our US business is a lot more complicated than selling a SaaS product. We’re now providing in-home preventive care services for these health insurance companies. Our SaaS product is used in the delivery of these services, but not sold per se to these customers. This is very complex business from a logistical point of view. We only get paid for completed home visits but it’s very lucrative. This individual has deep experience in this area.
- The Canadian company will be kick starting the funding of the US operations. That represents about a $200K investment.


Under these circumstances, what approach would make most sense for this individual? We will be paying him a salary (based on revenue performance from this large contract). We haven’t yet issued any shares for our US corp yet. Should he get founders’ shares or is it better to put him on a stock option regimen with a vesting period? We’ve vetting this individual pretty well so far, but you never know how things work out until you actually work together.

Given that this person has significant experience in the space, have you asked him what he thinks is "fair"?

Personally, I would prefer equity in the primary entity with incentives on the performance of the subsidiary. Having two different entities, where the subsidiary is not wholly-owned by the primary company complicates the corporate governance structure and may complicate an exit should you contemplate one.

For framing, I did this once (both US -corporations, but similar structure). It looked very good on paper. Significant investment was brought into the subsidiary and the "founder" of the subsidiary had ownership in that entity alone. The subsidiary drew significant value from the primary corporation. Then the acquisition happened (about 18 months later - before the subsidiary was able to fully exploit its market advantages and add tangible value); the misalignment of interests caused unnecessary drama and threatened to delay or void the acquisition. I would not do that again.

At this stage of your established business I wouldn't typically think to offer equity. If you are not a publicly traded company that could offer stock, how about instead offering a profit share? This takes an ownership stake out of the question, but does reward a key person for the improvements to the whole company. It also doesn't disturb prior investors' holdings. The company does well, this person does well...a bonus payment tied to company performance. 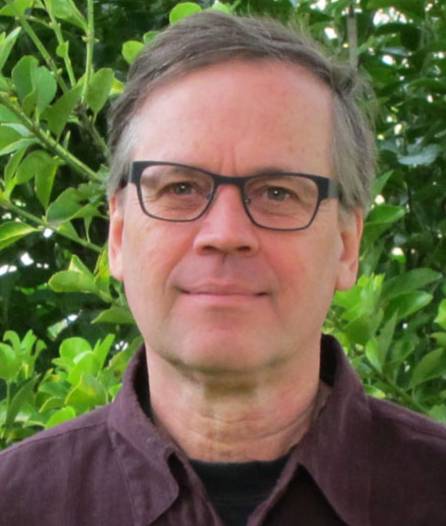 Having been in startups, i can tell you that regardless of the vetting process, there are people who are just poison, and the last thing you want is to give away founder stock to an unproven person. So you need some protection against a lemon. Remember that although really good liars usually select law and/or politics as their field of choice, there are charlatans in abundance in tech, so you need to be careful. If this person was a proven quantity, he wouldn't need to join your startup; he would have his own, so you have only one choice, to gamble, and just ensure if your deal that you can back out without too much damage should it not work out. Perhaps a low salary with a cash bonus promised when and if the deal comes through. Keep in mind that large companies torture their vendors, and your perception of "on the verge" may not actually match the feelings of the customer, who may view this as a tiny experiment. Remember the sums involved in the health business are so staggering that what you think is a very large deal of 3 million per year may be a rounding error to their CFO. Expect everything to take longer than you anticipate, and watch out for that pay you in 120 days type of accounts receivable situation. That has choked many a small company.