How to reward enthusiastic employee/contractor who goes above and beyond when there's low cash flow?

One of the people I hired on is super enthusiastic and always trying to improve our system in ways he's not really being compensated to do. I don't feel he is money motivated, I think he just loves the business. At the same time I want him to feel appreciated for his efforts. A hearty thanks doesn't feel like enough, cash flow is low, and I have little idea how to assign him stock/co-ownership (currently this is a sole proprietorship). Any ideas?

There are many nonmonetary rewards to choose from. But to choose the right one you must get to know the employee's psychology. For instance, I have had CEOs hold meetings to personally and publicly thank employees for specific above and beyond accomplishments. These need to be near in time to the accomplishment to be meaningful. Some people really love the limelight and find this very motivating.
But some employees are painfully shy and hate public recognition. I had one employee who got wind of such announcement and developed a stomach ache and went home just before the award meeting to avoid the possibility of being called to the front of the room to have their hand shaken by the CEO.  But that employee loved getting plaques and trophies that they could display on their desk long term. So I made sure they got a "permanent" recognition award for his desk signed by the CEO to show off, and he was thrilled by that.  I have also made my own awards by hand when I had no cash.  But I had employees who had received a lot of plaques, etc. who found them "cheesy" and preferred a clean desk and threw them out.
Others like a bouquet of flowers that is there only a week. But some employees would cringe at the thought of receiving flowers.
Some employees are motivated by a company paid dinner for 2. Or a fruit basket, a bottle of wine, concert tickets, tickets for a sporting event, a weekend getaway, etc. or even an extra day or two off, etc. I had one CEO at a bootstrapping company where there was no money who had a vacation home that he would provide for a couple of days to employees and their families
For employees who may be taking time away from loved ones and responsibilities for others, this is a way to thank to let the family members know that their sacrifices are appreciated too.
I had one too employee who received all kinds of awards from cash bonuses and stock,plaques and public recognition, and dinners and getaways.  Years later she told me that the form of recognition that had most motivated her was a thank you note I wrote for her, describing her above and beyond accomplishments and what they meant to me and the company.
She had saved them and she said that caused her to keep stretching as long as I was her boss.  But since we had both left that company and both looking for jobs, she was wondering if I would resend them as a recommendation she could put on her LinkedIn page. For some people "words are cheap". But for her, my heartfelt words of praise that cost me and the company nothing meant more than all the other awards combined.
If you know your employee well, you will know what is right for them and what will backfire.  If you don't know them well, spending some time with them to find out will be a good investment of your time and that attention itself will be appreciated.  If you are bad at reading between the lines, you can even tell them you are thinking about nonmonetary recognition awards programs and you would like their thoughts on what would be good. Employees like being asked for opinions, especially when management is actively interested in acting on them.
I hope that helps.

Two quick suggestions that might apply in this case and in other cases in general.
1.  Give him a fancier title.  Costs you nothing and makes him feel even more involved.
2.  Give him some bonus time off.  Sounds like he is probably doing more than the minimum already, and giving him an occasional long weekend might be something you can afford and he'd appreciate.
3.  (Bonus suggestion!)  You are probably correct that he isn't simply seeking money, so don't feel awkward at not giving any.  And of course, an equity share is out of the question with a sole proprietorship.  Simple sincere appreciation and thank yous are probably a good response.  Maybe also you can 'double down' and not only give the fancy title, but also actively seek out his input and suggestions for the future, too.

Autonomy, Mastery, Purpose...and eventually access and the ability to make things happen. That's what motivates enthusiastic people who have broken the work/life balance.

I could say more on the subject, but Dan Pink has already said it all better than I ever could. Watch his 'Puzzle of Motivation' presentation and check out some of his other work (it's kind of his thing). I suspect you'll keep thinking 'Yup! That's the guy I'm talking about' when you start watching! 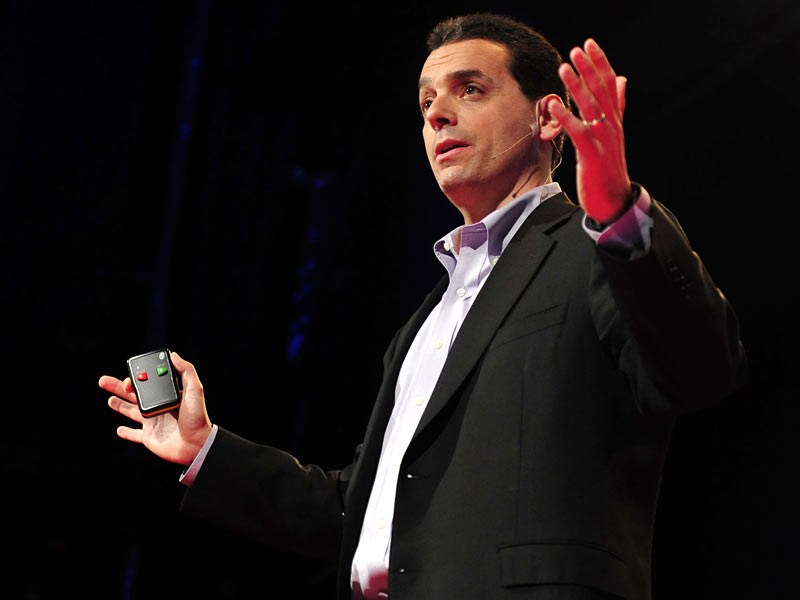 Stock options convertible in 3 or 5 years. No there no reason to give up equity at this time.