How would you reboot a product that is getting traction, but has no team? 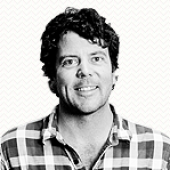 I funded and incubated a product over the last couple years.  I pulled together a team of co-founders and stepped into an investor role, funding the development of the 1st version of the product.
The team got into AngelPad. Unfortunately, during the course of the program, the CEO quit and the company did not "graduate" from the program last spring.
In the meantime, the product has been up and running, and has been generating some traction.
We have two Fortune 100 companies that have been testing and using the product, and both want to sign enterprise deals.
I'm wondering about ideas on how to proceed?  For a while I felt like this was a broken company, but these feel like really positive signals to me.  I'd love any feedback.  Thanks.

Thanks @Douglas, great to connect with you on here.  I think long term we need a real team around it, I think it'd be difficult to do with consultants, contractors.

But, I think getting involved myself and starting to talk about it a little more with people (like I'm doing here) is the first step to finding a team who wants to go back in on it together again.

What is the ownership structure? - do you have the authority to dust if off and run with it? If so these 2 F100 customers could provide the necessary funding if you structure the deal correctly.  Plenty of enterprise software companies have started this way.

Chris: Did the CEO explain his basis for "quitting" while immersed in the AngelPad experience? This looks like the "800lb" item standing in the corner. Pardon and forgive my candor here but two enterprises using the solution is does not described or satisfy acceptable criteria required for use of the term, "traction". Is there more you can share about the customer base beyond two organizations? Do you have trials in process? Are you marketing/selling the value proposition to prospects? How have you validated market and product fits? What are the measures of your unit economics, (i.e., acquisition, conversion, retention, referral, etc.)? The product is up and running yet you indicate two companies are testing and using the solution. That's confusing to me. How does that work? More importantly, what huge problem are you addressing? How large/expansive is the problem? Who is the target audience? What competitive barriers do you face? Why aren't existing solutions effective? Then, are you passionate about this project? Why? What drew you to it and why do you feel it represents what you indicate? More information would be needed before a competent response to your question can be offered. I've always loved the challenges and competition that accompany strategizing and planning. It puts me in a good place of trying to be helpful and productive. That's why I've replied here. I'd be happy to learn more if you're open to it. I make no promises other than to remain totally open, honest and fair. No judging & no BS. Happy to speak if you are. If not, then best of luck to you. Best regards, John Spitters Business: FamilyNation.com Cell: (925)984-3173 Office: (925)831-1400 johnspitters@familynation @1FamilyNation Personal: johnspitters@yahoo.com [Sent from my iPad]

I would suggest something a bit off the wall (shocker). Have you thought about making a cheap (<$200) explainer sketch video and getting it in the hands of small/medium enterprises, then getting thier feedback in exchange for x% off the first year when commercially ready or x% off first year of the current release?

That could lead to investment discussions but even if not it would give you more data to support your projections in the financials...and perhaps entice a team of part-timers willing to "fine tune" until you raise money. Yes, it's not quantitiative, but if you could get 100 companies to see the sketch video (1 minute max) you would get some indication of overall appeal, and if a few could be incentivized to license the product, a better idea of purchase intent for the market as a whole. Just a thought...

Chris,
Just curious as a previous Project Manager it would be great to know the teams mood. I think younger generations might be willing to provide that data, but did you find older ones so willing? It would be very valuable if there was someway to auto collect or determine a persons mood by perhaps the way they were typing, tone of voice on the phone, or word change, body temp, etc...
If your development road map didn't consider such things, perhaps the team just thought the product didn't have a a significant value add.

OK so it sounds like your CEO just decided the fit wasn't there.  But I'm still a bit confused by your product and how it fits with F100 companies since what you really seem to be supporting is piece work.

note also be careful about the hype out there about the "collaborative economy" (and that may well be at the real core of your CEO quitting.  I say this because THIS paragraph caught my eye

A generation ago, we worked our whole careers for companies that provided pensions and benefits.

See I remember being told EXACTLY THAT "a generation ago".  And yet now you are pointing to my generation and saying we were "so stable" (and in the end we have been - though the pensions were never there).  It makes me question the 40% being "independent" in the future.  And if that's not what happens, what is your value prop?  And I ask this because from what you state as your value prop, the fit with an F100 company just isn't obvious.

Chris,
2 Enterprise customers willing to sign is absolutely within the zone of acceptable risk / customer validation in the B2B product space.  I would be considering pushing forward on that basis.
One thing though - do these customers have a list of "must haves" they're pushing for as part of these deals?
Reason I ask is two-fold:
1. Horse trading revenue for promises on new features is part of life in B2B. if they're not asking for the same "must haves" (or they don't agree with a combined list) , that's 2 different definitions of product - ie. each one sees the product as something different. bad news.  that's not a validation of 2. So that weakens the case to proceed.
2. if you're lucky enough that they are (or will accept) a common roadmap of core new features, do you have an assessment from the ex-team on the state of the product (does it need urgent propping up to continue) AND do you have someone who can estimate costs/durations on adding these to the stack and delivering them? You'll need budget to cover both.
All the very best with the opportunity.
C.

@john - thanks for your reply.  First, I agree, that "traction" is the wrong term here.  I'll rephrase and say that what has me interesting in figuring this out is that after utilizing our SMB packages that are available on the site via direct conversion, and testing the products with their teams, these 2 F100 co's are interested in enterprise licenses.  Not traction, but a pretty good signal.
Regarding the rest of your Q's - they are all the right things to be asking, and are things that have been worked through - in some cases will need a reboot with a new team, since its been 6 months since the team was active on the product.
The 800lb gorilla - bingo. That is why 6 months ago I felt like the company was fatally wounded.  The signals above are causing me to rethink that.  The CEO left because he decided he wasn't passionate about the company and the problem and wanted to focus on an entirely different industry.  I'm cautious about details in a public format, but suffice to say it was extremely frustrating.  It also is the problem with "incubating" a company and so I don't blame him, I think it is extremely difficult to put someone in place to run a company if it is not their idea.
But that again, leads me back to the positive signals - it feels like there is something here.
Good news is that one of the other co-founders is extremely interested in the company, and she is very passionate about the mission & vision. 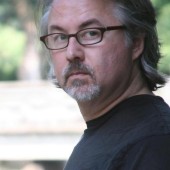 Scott Filippo Board Member and Advisor to CEO at Red Mind

Looks like you have a very interesting product that potentially has wide appeal. Enterprise is a tough road without a long runway. Sometimes "want to sign" can mean 6 more months of negotiation and process. Are there smaller businesses or a particular vertical you can target and sell into? Can you sell and support the product now by yourself (or with some contract help) to those Fortune 100 companies or to smaller companies? You can bootstrap through these early customers - close several smaller customers to get the product out there and gather feedback, and build a team from that - or get some LOIs in place from those F100 customers and try to raise with the product plus those LOIs, if you think the market is big enough and you can continue to get traction. I'd recommend going the smaller business/vertical route (without knowing the details on the F100 deals). 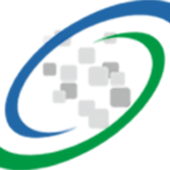 It's risky but closing those enterprise deals would make the job of convincing a small team to pick the project up easier.  I assume those deals could close with marketing mojo and very little development. "Worst-case" scenario find a consulting firm you trust willing to support those 2 enterprise customers buying you more time to build a long term team...pros and cons thete obviously. The issue is revenue model and human capital needed to support the clients...obviously if its less than 2k per month/client...your only real options are a local US team...maybe visit a few hackathons and poach one of those teams. A marketplace like Sideprojector  http://www.zdnet.com/article/sideprojectors-buy-a-startup-for-1/
Or shootout an email to your contact list with the situation and see who responds.