Is crowdfunding a valid method for a startup opposed to angel investing?

Angel investing has been a viable source of funding for startups for decades. With the evolution of technology I'm considering using Kickstarter. When using Kickstarter you can expect to see lower investment dollars at higher volumes, as opposed to angel investors who invest higher amounts of capital. 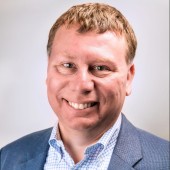 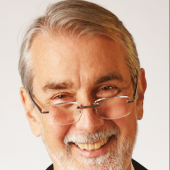 For the right product or even service, crowdfunding is a brilliant and effective way of accomplishing the following:
We have seen the emergence of "enlightened angels" who will only invest in crowd funded products as a precondition: "we will help scale revenues based on the evidence and traction of a crowdfunding campaign."
Perhaps the greatest value of crowdfunding a product entails the creation of a "socially proofed" product that upon its entry into commercial channels comes with a fan base, press coverage, all manner of social proofs, and scalable buzz!
Products or services with a social mission tend to do better. However we have begun seeing more traditional business-to-business products getting crowd funded by innovative product managers!

Hopefully this came through: a high-level overview of crowdfunding campaigns

Crowdfunding has certainly lowered the investment required from early investors, but it hasn't eliminated it.
Scott Miller (of Dragon Innovations) recently said "We used to have to figure out how build it, then we sold it.  Now we can sell it first, then figure out how to build it."   I like this quote because it sums up how crowdfunding has flipped the relationship with entrepreneurs and customers.
The problem is that even if you pre-sale a product, there will typically be significant overhead expenses not covered by that revenue alone.  For example, sourcing a manufacturing partner for an initial production scale-up may take weeks - even months - and is likely not fully built into the cost of your first units.  This is why it typically takes a mix of both crowdfunding and external capital to deliver on a successful campaign.
The ongoing debate is which to do first: seed invest then crowdfund or vice versa?  My answer is whatever works.
I think it is better to go with an initial investment (if you can get it) so that you can have a polished team, prototype, and marketing campaign going into crowdfunding.  However, many ideas simply don't gain traction with angels or VCs until they have some proof of market.  For this, you have to bootstrap a bit more on the concept, then use crowdfunding as your market validation.  With customers are in hand, you can then raise the capital you will need to deliver a great product.

Lot's of good responses here, but unfortunately nobody seems to have actually gone through this debate/exercise first hand. Here's a real-life example! I built my company's first product, DrinkMate, in 2014 and was forced to use crowdfunding (Kickstarter) to prove the market demand. This was great and we received $99k in backing, definitely enough to manufacture all the DrinkMates and I thought it was enough to seed the company to grow as well.

Our second Kickstarter campaign ended just over $93k and we're now about 1 month into our seed round. Things are looking great now, but earlier this year in April, drastic action was needed in order to get working capital (credit cards, loans, etc.).

Conclusion: start pursuing angle investment as soon as you have a MVP! If you don't get investment immediately, you'll at least already have the connections and contacts in line for later (such as at the close of the Kickstarter campaign).

Please turn off your auto response message as you have now sent numerous emails with the same unhelpful message David G. Brown dbrown@ohvp.com 415-713-0503

Here are a couple of great articles about crowdfunding (specifically for women enterpreneurs).

I think this is a very exciting platform for companies (women and men led organizations) and believe there are some great advantages for women - especially if any of the characteristics mentioned are applicable to the founder and/or the company.

and another article from Jenny Kassan (an expert in the field of equity crowdfunding efforts and big supporter of women entrepreneurs):

Kickstarter is a clean transaction as far as future funding is concerned. These are early adopters acquiring access to a product or service - or a reward - at the earliest opportunity. A pre-order in many ways. As the funding is predicated only on the reward there is no equity issue or long term exposure.
Other crowdfunding solutions, like CrowdCube, offer equity investment through a proxy holding by the platform. In essence investors are part of a fund invested in that equity and do not have direct voting rights (assuming the share class grants them) or other preferential access. The advantage for the company is that they have one shareholder on the register.
How successful these routes are will depend on your offer. Although crowdfunding can be an important marketing strategy to gain awareness it can fall flat if your raising is undersubscribed or so unpopular that it is suspended by the platform. This happens. You have to approach it like an auction, do your PR in advance of the offer and get your social media campaign underway to drive early demand. You also need to keep feeding the offer with new information during the campaign to prevent it stalling. You also need to be able to offer attractive rewards.

@Kwame Leslie Dougan please turn off your email relay. You are flooding FD with your out of office messages!