Is it common to ask people to sign a NDA even if I'm just asking them for small tasks?

Is it common to ask friends or relatives to sign a NDA even if I just need some small help from them? I do need to disclose my idea in order to enlist their help, how do other entrepreneurs normally approach this?

It's common to have both a non-disclosure & IP ownership clause in any kind of contract you sign with contractors.
If someone is just doing you a favor (for free) it's kind of awkward to have them sign something.  Contracts in general should be to the benefit of both parties.
Pieces of paper are only worth what you're willing to enforce.  Are you really going to try to sue your friends for damages if they blab about what you're doing?
Trust is way more important and useful than a piece of paper - talk to them about helping you keep a secret.  Show them what a (mutual) NDA looks like if they've never seen one just to be able to discuss how it's pretty common for companies to keep secrets...  but I don't think you gain much having them sign anything.
Your goal is to keep a secret, not to maximize your ability to win a lawsuit.  While threat of legal action can help communicate how serious you are in wanting to keep a secret, it's a remarkably unfriendly way of going about it...  Find another way to keep information from spreading.
Also, and I'm sure someone is going to post this eventually, your idea isn't good enough that it matters whether you keep it a secret or not.  Even though I believe this, I also think it's OK if you don't - a little unjustified paranoia in general can help avoid unexpected problems; just don't be a jerk to your friends over it.

Overall (and this is a very general statement), paranoia about confidentiality and non-disclosure consumes an inordinate amount of precious founder-time. Get over it and work on developing a business.

98% of the time, it's a rookie move. Worry about something else, like finding the right people who'll give you great, actionable feedback. 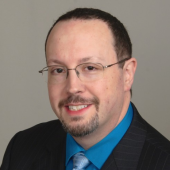 It really depends on what you are asking them to do. Do they really need to know all the ins and outs of the business to the extent that they  would have enough information to become a competitor against you? Most of the time, especially at the beginning phases of the project, you don't even have enough information out there to warrant an NDA - especially if the tasks and things you are asking are relatively trivial. In most instances you can get a lot of the generic gist across without divulging too much.

I get asked to sign an NDA even before I hear the idea. I sign a lot of NDAs because I work with a lot of start-ups. Yes, I would say it's very common. 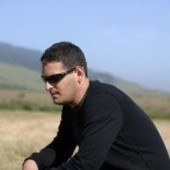 You might never have the funds to enforce the NDA it only acts as a deterrent and ensures that the people you hire or consult with understand the need for confidentiality. Any contractor agreement you ask people to sign should include a confidentiality clause which is in addition to the NDA.
From my experience you might be limiting the circle of people who will be willing to consult for you as there are some who will never sign a NDA.
On the other hand you should think hard why you would like the NDA to be signed. Is you idea that simple to implement? Is there a real threat from those you talk with that they will either steal of provide you idea to someone else? In many cases, a NDA is just not really needed... 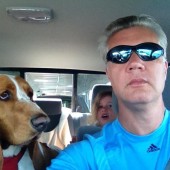 What a timely question.  I've been working on some code that I'd like to review with a small company that does development work.  Basically I want to show them the code and have them give me some tips/suggestions on my design and code techniques.  The code powers a mobile website which I think has unique features/functionality.  Would an NDA make sense in my case since I'll be showing them the source code?

@Peter - a mutual NDA is a common first step to sharing information when intending to sign a contract with another company, even a services contract.  You are concerned about your code, they may be concerned about you sharing their pricing or business practices when you shop your task around to their competitors.
A document like this is signed often enough the company you are speaking with should be able to provide one if asked (see @Aleksandra's comments), and it should be pretty simple.
As both Aleksandra and Dustin have pointed out, it's actual value is pretty debatable.  However, when they do not have this (or are unable to offer an alternative like the confidentiality agreement Dustin is referring to), it's potentially a sign they don't do business as often as they are representing and may be learning the ropes as they go.
This situation is very much in contrast to @Jimmy's original question, where there will not be a contract signed before any work is done - it's a friend doing a favor.

Jimmy, it sounds like you are quite early stage.  My personal opinion is that properly written MUTUAL NDAs are appropriate for your purpose.  The intent is to inform both parties that you take your proprietary information seriously, you take their proprietary information seriously and that the information you exchange should be kept confidential and NOT DISCLOSED to others without explicit consent.  Benjamin O hits some good points - no need to repeat.  One aspect of NDAs and confidentiality agreements that is often overlooked in these discussions (and there are several here on FD alone) is what happens when you later decide to file for patents (or already have) or what happens during M&A due diligence.  Your ability to document your practices regarding how you handle IP and confidential information speaks volumes to investors and acquirers and potential business partners.   DO NOT rely on an NDA preventing disclosure of your secret sauce - an NDA won't prevent disclosure, it only provides a legal basis for legal action if someone does disclose.  Therefor don't disclose if you don't trust the person.  I have never had anyone refuse to sing a well written mutual NDA.  Don't forget that if you have others build software for you (or write content) that you need to execute an IP assignment agreement so that you own what they build for you - without an explicit assignment of IP you won't retain legal ownership.

Whether some idea is worth something or worth nothing it would be necessary to discloses it to determine that and NDA allows doing that while protecting it. - That is what NDA really does.


Being afraid of nonexistent things is a sign that you are a child. No properly written NDA would ever preclude receiver of information from doing anything that he should be able to do or wanted to do as long as it's in line with business ethics.

Some information that disclosing party thinks is private may in fact be public knowledge, but specific way of implementing it may only be unique to the discloser.

Bottom line: friend or not you have fiduciary legal obligation to protect your company if you have or planning to have anyone else owning any part of your company like employees receiving stock options or there is a chance of selling your company/idea to another entity.

NDAs are enforceable. They have many clauses. Some like reimbursement of loses for unauthorized disclosure of proprietary information is difficult and long to prove. Others, like court injunction from disclosure are fast (1hr - 1day) and don't require any proof if NDA was written properly. But most people, even lawyers, lose sight of second most important function of NDA - it puts other party on notice to treat your information confidential.

If someone doesn't understand what NDA does and that it's a legal requirement you can try to explain to them or just find someone else who will sign NDA, we have 7Bln people.

In addition to NDA they have to sign IP assignment which is enforceable not only against employees but also against contractors. You need to know how it needs to be written and what needs to be done to own all IP developed from your information/resource.


In some cases of significant disclosure you may even need to get Non-Compete signed by a contractor which also puts them on notice not to compete with you. It doesn't preclude them from developing similar functionality for other companies, but it stops them from using information they gained while working on your project to unfairly benefit competing parties. Concept is "you can't un-know" what you know and "Inevitable Disclosure". It's quite easy to succumb to disclosing some once proprietary information if you work for their competitor.