Is it ever possible/sensible to sell concept/URL or majority stake at the idea stage?

I have a (very) small business, and one product/service that we launched recently and are steadily growing (an assessment outcome measurement system for children with complex needs that ties in closely to my work as a clinical psychologist). However, I have another idea that I think is really commercial and I can't get it out of my head, although I'm aware I can't do both at the same time. Broadly, it is a website-based service like Just Eat or Groupon or money supermarket but in a field where marketplace reseller sites don't yet exist, with a unique hook. I also have a good name/brand/URLs.
Everyone I've spoken to about my new idea thinks that it has the potential to really take off, and I've had very positive responses to the little pitch I put together from potential investors and advisors. One seed stage investor was particularly keen, two angels loved the idea but wanted me to go back with a working website, one fund manager told me to ditch the rest of my business and jump on it as it has a limited window before someone else will think of something similar and the niche will narrow. And I've had no negative feedback or cautions raised by anyone - despite speaking to several serious business advisors, and many people in my extended network.
I am left with a tough choice:
1) follow my original idea and let the new idea go
2) follow both ideas, but do neither of them justice
3) ditch everything else and follow the new idea
So I started to wonder - is there ever a case in which it would be possible and/or make sense to sell entirely or to become a minority stakeholder at this early stage? I've got the name, URLs, some branding, the concept, an outline of how it would work (including what I believe are the unique hooks to gain market traction), the background for a simple pitch, and some financial projections. The buyer would need to make the website, and spend the money, time and effort populating it. My estimate was that 18 months and £200k will be needed to get it to a product that is up and running and more than covering its own costs, and ready for a second funding round...

The most successful entrepreneurs hedge their bets. They don't go full out on their new, big idea; they keep their day job, while they incubate the new business. I'd develop an MVP for the new idea (which really should cost a lot less than $200k), decide in advance how you will know your MVP will be successful, then do both. Once you hit your success benchmark, go full out on the new idea. In the meantime, consider getting a partner now for the first business, so you keep your job as a psychologist, advise the first business,  participate in its upside, then win bigger on the new idea. Good luck!

Hi Miriam,
Unfortunately there are already many good ideas out there. However, very few startups succeed at executing those ideas. That is why people do not like to pay for ideas/urls.
If you really believe this could be something big and you do not have the time and energy to execute is, you should *invest* in the idea.
After all what are investors anyways ? They are people who have good understanding of what works in the market, have a good taste for what ideas can make it big, but do not have the time or energy to bring the idea to a company stage. They keep an eye out for entrepreneurs who are coachable and share the same passion and vision for the underlying problem as themselves and when they find such a team, they invest.
By looking for cash incentive upfront, you are yourself selling the idea short. If you believe it can be big, why not go for equity ?
If the reason behind cash and not equity is that you do not believe the new team will be able to execute that idea very well, why should you ask them to pay for the idea when they are going to fail anyways?

If I were you, I would either invest $ in a team or advice them in exchange of very small equity.

Agree with what had been mentioned on hedging your risks.

Depending on what you intend to do, sometimes there are scripts/open source software that you can used to build your MVP website that would be acceptable to investors.
You can prepare a list of basic features you'd like to have and post a project on freelancing sites and receive bidding on the project. You might not need to invest more than a few hundred bucks to get a website and then stand a better chance with investors.

It makes sense to decide to move from your very small business to the new idea once funding had been secured (You can also tell that to investors).

Examples:
Wordpress with some specialized plugins

+1 on Abdo's comments: don't overestimate the cost developing a site.
Most concepts can be built for <= $5K... sometimes much less. Launch it in 6 weeks, not maybe someday.
Wordpress plugins cover a *lot* of models. There are multiple clone scripts of things like groupon, just eat, etc. Maybe these aren't your strategic platforms but they get you going quickly.
The reality is that 98% of your idea has already been thought of by a large number people, some of whom have actually built products around it. Leverage their work and go conquer the world. 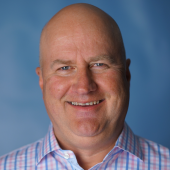 I'd encourage you to be much more interested in your current business with a proprietary assessment model and tool where you have a deep rooted niche, than going with a start-up idea for a unicorn business where you have no money, team, or experience.
If you are not persuaded, then build the new site in your 'garage' until you can prove your MVP.  Then with some traction you might have sufficient hope, customers, and market interest to proceed.  However, for me the new idea seems like an Elysian field a bit to far off of your core capability.  Just my thoughts.
Best wishes for your success with either path you choose.

As disheartening as it may sound to you, investors put money on idea+execution+revenue. Not the idea alone.

Hi Miriam,
As you mention, it seems you already have a team for the "small" business.
What would it take to delegate part of your responsibilities in the "small" business to one of your colleagues? If so, you may focus on your new idea and build a new team around it.
PS: 18 months/200K for a new site seems quite high numbers. How did you get to that estimation?

I don't think selling the concept&URL will work. Even if you find a buyer you won't get much. The hard step is to get the concept of the ground and develop it into a business.
Therefore if you don't have the time to do this, I don't think it will go anywhere.
If you only lack the money, but can spend some time, consider creating a website with a prototype/MVP and then raise funds through equity crowdfunding, e.g. Seedrs.
Feel free to contact me, if you want to discuss further.

Could you patent your idea given the Alice case? In any case, focusing is extremely critical in the success of a business. Do you think that someone else could manage your current business while you work on the new idea? An option is to build value for the new idea by allowing someone to have atractive share of it. 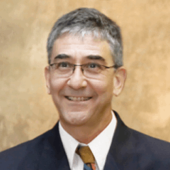 I agree with a lot of the comments. Selling your new idea probably won't work as it's very unlikely that someone else with money wants to buy other people's ideas. Keeping your current business going while spending time on the new idea seems like the way to go. One last comment, the 200K might be right or it might not be but the 18 months seems like an eternity to me. If you can get the funding, accelerate the spending to get it done much sooner, 6 to 9 months. Good luck!