Is it feasible to build a company based on passion for the environment?

After working in the sustainability sector for nearly a decade I have met extremely talented individuals that actively seek organizations with a strong mission to make the world better. Such organizations are rare and I wanted to check with the community here if they know of organizations that have thrived less because of their product/idea and more because of their ability to rally dedicated and talented people? Do you think the strategy for such a company differs from that of, say, a company with a strong product focus?

Hi Ulrik. I share your passion for the environment and it's well-being. That said, it's not enough to found a company on.

Passion can also detract from fulfilling a decent mission statement if it slips into deep green fundamentalism. Green often means doing less harm. While this is better than business as usual, the  sum of all of our economic activity needs to be regenerative: carbon negative, building soil, detoxifying sites. We need to create regenerative solutions, but not every industry needs to get there, and not all at the same time. Though we need to do this in decades, any progress now deserves applause.

I recently began working with an Angel who shares a passion for the environment, and who operates both a non profit foundation and some for profit businesses. I am also taking a free Coursera course: https://www.coursera.org/learn/grand-challenges which explores many technologies and ways for companies to be both profitable and help the world achieve sustainability goals. I think you might find it directly addresses your interests. Here are some of my observations from my own experiences in business and charitable organizations. It is very easy to take a passion and to many start initiatives that generate expenses and maybe informational results, without generating revenue. However, without revenue that exceeds the expenses, the business will never become self-sustaining (“evergreen”), and will always be in jeopardy of running out of money without regular cash infusions. Unless they have a single patron, they will need to have a staff dedicated to a constant fund raising effort. Whether or not they have a 501(c)3 status or not such organizations are effectively charities the constantly consume cash. In contrast, profitable companies are self-sustaining and generate (“throw off”) cash. In a traditional “C” corporation this profits goes to the share holders, who in turn often fund many charitable organizations as philanthropy. In the new “For Benefit” (B) corporations, instead of distribution of profits to the shareholders some or all of those profits may be directed to other beneficial causes. However, even C Corporations often do charitable giving. Unlike patron’s whose cash is constantly declining, growing profitable corporations keep generating increasing amounts of cash allowing them to underwrite even more initiatives. But C corporations can only continue to grow if people actually buy their products, so they need to be close to the target consumers of those goods. There is waste generated when companies overestimate markets demand and produce more than demand. But for a company to be sustainable, this can’t happen often. In contrast, charitable efforts often generate large amounts of waste. Enthusiastic (but sometimes ill informed) well meaning donors often contribute what they think local people want or need, often without checking with the local populations or the groups that serve them. The result can be too much of the wrong supplies, in the wrong places, and not enough of the needed supplies. For instance, after a disaster like the earthquake in Haiti, lots of food might arrive a ports with no way to distribute it, leaving it to rot on the docks, while there may be a shortage of tents that could be dropped by helicopter or small plane into inaccessible areas with need. C Corporations can rally passionate people in two ways: first of all these companies may produce products that are in demand by other environmentally concerned customers and whose products directly benefit sustainability. These products could include solar panels, windmills, efficient irrigation systems, co-generation plants that produce energy from waste and produce valuable by-products, etc. They can also include mobile apps that piggyback on cellular phones and networks to provide distributed sensors for agriculture, park preservation, etc. or 3D printing technologies that obviate the need for shipping and warehouses of stale inventory by manufacturing only what is needed, only when it is needed, and at the location it is needed. Passionate employees can directly connect their passion to the products. Secondly, a company may produce products that are not directly related to sustainability, but the company may make charitable giving part of their business strategy. For instance, Warby Parker makes eye glasses; that’s not something you might think of as a sustainable or developmental product - but with 15% of the world’s population needing eye glasses but lacking the financial ability to acquire them, there’s a need, and Warby Parker contributes a free pair to the needy for every pair they sell. Their employees and their consumers can be passionate about that kind of action. More and more for profit companies are doing this same kind of thing. 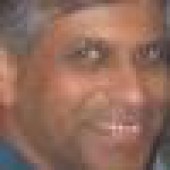 There is a fundamental difference between Corporate Social Responsibility compared to starting from the perspective of passion for the environment / poverty reduction.  From your description, it seems the Oil and Gas giant was interested in the take over to satisfy the CSR interest.  The people who were taken over were there for their passion.  The priorities are different.  So, I would suggest, having a proven product and ability to hire may actually make it more difficult to distinguish between people who are there for the job and those who are there for their passion.  The reason for a person working will make a difference in the results you want.

Ulrik, I second Aaron's remark about finding the idea first, then the people.  Sustainability is such a large sprawling subject area, with vectors in industrial technology, biochemistry, law and government, supply chain and logistics, and just about anything if you get creative.  Think about your ten years in sustainability work and ask yourself where you saw the best intersection of customer needs with your personal skills.  When you narrow that down, then you'll be able to have more productive conversations when you network for like-minded people.  Good luck.

A mantra given me while a student of Buckminster Fuller is "Do More With Less ... Time Materials, Energy".  Check out LockBlox.com.  We make concrete block like elements from compressed agri-waste (the straw that is burnt in the field after harvesting wheat, rice, etc.  To the topic: LockBlox is uber environmentally sustainable however, regardless of passion, it has been difficult to obtain growth capital.  Can you help us with this most green endeavor?

Let’s table politics for now. It has me concerned … no, scared. Geography shouldn’t constrain our entrepreneurial efforts. LockBlox is international, in fact it must launch in India, Africa, and other areas not so restricted by codes and regulations. Another company I’m working with is NG1 TechFlo. They are expanding across the US, visiting Vale in Brazil next week, and will be featured at the Grayline event in Iceland coming up soon. They reduce environmental impact, providing 10%+ fuel economy by simply changing an exhaust pipe. The technology applies to practically all internal combustion engines. Here too, we are looking for strategic partners.

Ulrik, it seems there is a growing interest in what you are looking for.  The challenge with an early entrant is the absence of precedents.  What you might want to do is connect with those who have a similar vision.  There are many dedicated and talented people.  Question is: what are their priorities?

Thanks Craig it is good to see others pursuing green ventures. While I do not want to exclude any future cooperation I prefer a co-founder in Stockholm or Oslo. Or are you fleeing the possible Trump fallout? ;)

Thanks Lester. I did a search for people here on FD in Stockholm and Oslo with the "Green" tag but only got one or two results. There have been organizations in the past with a relatively strong mission. I used to work for a company in the UK called Garrad Hassan that attracted top talent with a passion for the environment. When the company was acquired by an Oil and Gas giant people fled the organization! This is one of several observations that inspire me. When you ask what the passionate and capable people's priorities are, do you mean whether they would sacrifice salary and/or time to embark on a risky adventure with an uncertain outcome in the early days of the company? I think once we have a proven product and can hire people on more or less standard contracts it will not be hard to recruit.