Is silicon valley a religion?

As someone who lives a little bit north of Silicon Valley (peninsula) and has lived in Boston as well, there is no culture like Silicon Valley.  Most of the attempts at building other Silicon Valleys talk about building technology parks, talent pools, incentives, favorable business environments...etc.  I haven't heard much about cultural differences in other cities.
Try networking in Boston and Silicon Valley starting with 0 connections.  The differences will immediately become painfully obvious.
Boston: Who are you? What is your background? Who is your family?  What is your education?  What the $@#% do you want from me?
Silicon Valley:  What are you trying to do?
It took me over 6 months to build a network in Boston big enough to get references to meet founders and executives from highly successful startups.  In Silicon Valley, it took one to two Linkedin messages to meet with with successful founders and angel investors.
In Boston, you could move there and live there for over 20 years and you still might not be considered a local.
In Silicon Valley, it's rare to meet someone who was born here. 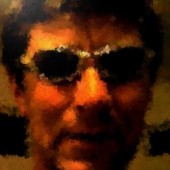 Shameless pitch - move your business to Colorado! We've got a rockin' startup community, low cost of living, an awesome climate, and we actually have water :-)

First off. Fight Club does indeed pass the test of time. This guy doesn't know what he's talking about and that comment there nearly invalidated his entire blog post. I'd be very cautious in trusting anything he says.

Anyway back to the post. Of course Silicon Valley is a religion. Why else would people pay so much to live there? People are fanatical about it. It also so happens to carry the characteristic that some people have absolutely no idea what they are following or praying to. It is a little cultish in a sense.

I'm not sure so many people are of the belief that the "only" place to do a "startup" is Silicon Valley (and a good portion of the world just says running a business and many many businesses are born all the time, but we refer to "startup" as a different thing that's somehow more magical). I think there's plenty of other cities with a great tech community and industry. 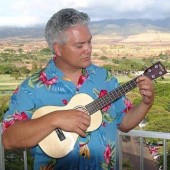 Clearly Silicon Valley is a location. The church building down the street is no more a religion than Silicon Valley. Both are populated by people that share a belief system and perhaps even a culture. I would venture to say that there is a Silicon Valley business culture. And yes, that culture and belief system can be quite different than what you can find anywhere else in the world. There are pockets of people around the globe that share those beliefs, but THE culture is most prevalent in Silicon Valley.  It’s people believe that they can make something out of thin air, that people will want what they build, and that others who have money will see the potential and help them fund the idea. Lacking that culture, it’s hard to find startup funding in most other locals and impossible to find it in the magnitude that Silicon Valley usually manifests it.

Karen, I've lived and worked and networked and pitched in both the Bay Area and Austin (and NYC - another animal).

My two cents: Do not move to the Bay Area for your startup because you "think" it'll benefit. Move there because you like the area.

In many cases I think it's an irresponsible financial decision to start a business in the Bay Area. Yes there are more networking opportunities, access to resources, and talent...But the competition, noise, and costs could outweigh those benefits.

Weigh out the options carefully. While it is a "religion" it is not the only one nor the only place the tech industry is growing. A good business is a good business. Anywhere. Plus, after all, we are talking about a business that is most likely consumed over the internet anyway. =)