Is the future of software a service?

The majority of software has always been a ‘thing.’ We are typically sold a new operating system every few years with the promise of better upgrades, etc. But now software could be turning into a rental, rather than a purchase - turning transactions into relationships. What changes can we expect from a software-as-a-service other than a new monthly bill?

Corporations are moving to a "rental" SaaS model to have a better revenue stream model.  And if you get someone to pay $30/mo for Adobe Creative Suite - Adobe earns $360/yr for probably 2 years.  for a net of $720

whereas if you were asked to pony up $720 for the creative suite every 3 years, you would be less likely to do so.

The other reason that companies are going towards SaaS is that with the proliferation of apps in the app store as well as the divergence of mobile platforms, it is a lot easier to build the "brains" of the app into a SaaS solution and just stick a mobile front end onto it that works across most platforms.

Running it as a SaaS solution also enables more of what Mr Privaman brings up.   Namely the ability to use ML to correlate other data sets to improve the behavior of the app as it appears at the mobile end.

That does not mean all apps will go away.  there are apps and tools that do need to run in "disconnected mode"  but they are getting rarer.

Lastly SaaS also has the promise of "preserving state".  all those clever "toss the data from your mobile device to the screen"  etc are all predicated on some level of SaaS to retain the state you were operating  in and translate it / reformat it for the new display.   As we move towards an ever more ubiquitous computing environment  SaaS as an infrastructure becomes critical

Software has rarely been a "purchase". You're buying a "license", which is essentially a LEASE that usually has no termination date. Consider how many people are still running Windows XP, Vista, and Windows 7! It's a fairly significant chunk of the market, believe it or not.

Microsoft has "seen the light" so to speak, and has decided to follow in Apple's footsteps by offering EVERYBODY a FREE UPGRADE to their latest OS. Why? It's not simply out of the goodness of their heart, I can assure you.

The fact that they have to deal with over 15 years of old baggage whenever they release updates for their products imparts an truly significant drag on their development and support teams, not to mention has a strong negative impact on their ability to monetize newer versions of software that no longer run on those outdated platforms.

Their calculus is that the entire Windows landscape, and especially their own application ecosystem, is losing far more in product upgrade fees than what they'll make on charging people to upgrade their OS. They cannot sell anything new to people running Windows XP! That's a HUGE chunk of the market.

It's especially critical as they shift over to a SaaS-based business model, because until these older machines upgrade, they're effectively locked-out as customers. A free OS upgrade opens the door to revenues they simply won't get otherwise. Which is probably why Apple shifted to that model as well -- to ensure everybody has the latest and greatest OS features that leverage all of the fancy integration features they're planning moving forward. It's counter-productive to integrate stuff into the OS if people aren't willing to upgrade. MS is finally seeing the light and realizing their OS may be the gateway to future revenues that are potentially far larger than whatever revenues they might derive from charging for OS upgrades themselves.

Hopefully we've seen the end of fee-based upgrades for OS platforms. Forever.
Unfortunately, this also opens the door to recurring fees for new things that will now come with end-dates on their lease terms -- whether they be monthly, quarterly, or annually -- which is the really significant change we're facing. 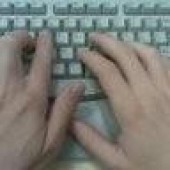 Farther into the future I believe that software products will become adaptable, semi-automatically learning the habits and preferences of user segments and individual users, and offering customised experiences for each user based on an increasing number of parameters. 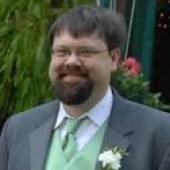 The CEO of Sun during the dot com boom spoke at length on this topic. Bandwidth limitations delayed it's deployment, but, by and large, his predictions proved accurate.
SaaS (Software as a service) has dominated B2B (Business to business) for years now. Countless companies selling access to (typically Amazon) cloud server farms. The latest buzzword is IoT (Internet of things), in which services include products.
The biggest space to watch is IP reform. All these models assume a patent and copyright legal framework that has had radical changes already. Massive, highly destructive patent suits are putting pressure to rework the system. Depending on the replacement model, any assumption about distribution or payments for virtual, infinitely copyable property is potentially flawed.

BTW, one of the motivating factors behind SaaS is that the code is locked behind a wall (inside the server) and you only get access to it through a license or subscription. It's not "infinitely copyable", or even immanently copyable, which is why so many large software vendors are moving in that direction.

In fact, I would fully expect to see a shift in hardware design over the next 5 years to favor running web-based apps over local apps. We'll probably see a shift to increasingly powerful GPUs that are fed a ton of rendering instructions and meta-data, with all of the heavy lifting being done on the back-end. The logic won't reside on your computer any more, so copying the code that's sent down to the device won't buy you anything because it'll be tailored to the hardware and probably updated with some regularity.