Is Uber a Social Impact company?

A lot of people love to hate uber because of their aggresive tactics, but the fact of the matter is that they are creating 20K new driver jobs/month and the media uberX driver income in NYC is $90K/year. Feels to me like they do way more good than harm and I’d consider them a social impact company. They are having a much bigger impact than say a non-profit trying to create jobs.

Do you have to have set out to have a major social mission to be considered a social impact company? 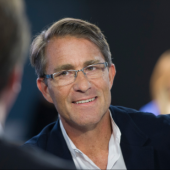 I'd say that intentionality of the company is one important measure, but so is effect. Uber didn't set out to create these new jobs, but the fact that those jobs are created is arguably a positive. A positive impact also doesn't have to be measured only by the impact on one class of participant in the company's products and services. IE, the people using uber are positively impacted by its use, and i'd wager that's how they most measure themselves.
Of course, there are strong negatives as well. Depending on your point of view, uber can be seen as a destroyer of safe union jobs, which society has fought to create over centuries. Then again, taxi unions are reportedly corrupt and deeply unresponsive to consumers. And on it goes.
This is a great, healthy debate for us to have. Uber exists because it can exist, it's pure capitalism. As a society we have to decided how to handle the issues it rasies - in its 1099 economy, what rights do workers have? Is there an app to address that? 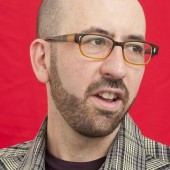 If creating jobs is the only measure, then any successful company is a social impact company. It would kind of lose all meaning then, wouldn't it? I agree with the folks in the thread who say that intent matters.

Maybe we can forgive Uber's slash-and-burn market philosophy because it's clear that a first-mover advantage is critical to scale in this sector. That's pure capitalism. But it's hard to attach "social good" to a company that institutionalizes and rewards anti-competitive tactics, bullies reporters, and enacts surge pricing during emergencies (terrorist attack in Sydney, natural disaster during Hurricane Sandy).

So from the business insider study the gross revenue is $30.35/hr   a study of cabs in NYC shows an average speed of 9.5mph in Manhattan.   lets make that 11 to account for less traffic density in the outer areas.

The cost to operate a personal car  in NYC is about $9k http://www.allcarrentacar.com/blog/the-real-costs-of-owning-a-car-in-new-york-city/   So that's the base cost.  To this you have to add about $0.56 /mi of extra operating costs so at 11mph.. that's an additional $6.16/hr.

So after costs and before taxes they are earning $20/hr.   Not bad, but not great.  And that's before any "benefts"  ie healthcare, pension, paid vacation.   Normalized for a 2,000 hr normal work year and its around $40k.

which it turns out is just about the median income of a NYC taxi cab SALARY.  and that's before benefits.

So UberX is in fact running a cheap version of a cab service.

That's hardly what I consider a "Social Impact" company 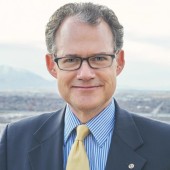 Lydia, Most of us working in the social impact space would argue that intentionality is important. The intention to do good not only drives the effort to cause the positive change, but also drives efforts to measure that impact. Absent the intention to do good, the measures usually aren't in place to protect and expand the impact, only leaving standard profit and business performance measures. Of course, you are right that Uber is creating all kinds of social impacts, including the environmental benefits of taking cars off the road. -ddt

I have mixed feelings about this. First, I've been driving for Uber and Lyft for several months to help pay my bills. As far as I'm concerned, they are the absolute BEST "home-based business opportunity" in America today! It costs nothing to get started with them as long as you have a car that meets their criteria and is in good repair. (Well, it'll cost you $20 for a vehicle inspection.) They take 20% off the top and pay you weekly via direct deposit. You can work whenever you want, for as long as you want, wherever you want (ie., they don't typically limit you beyond the state, except in the NE).
I also drove with the local taxi company for 2 days before I realized it was a great way to lose my shirt (among other things). It's hard to have pity on the cab companies when most of their drivers aren't even pulling down minimum wage driving 70+ hours a week. The biggie here is a privately-held company and they don't report their profits publicly, but I can assure you they're every bit as profitable as Uber AND every bit as ruthless when it comes to screwing their drivers.
The biggest difference between a cab company and Uber is that the cab company has to invest millions of dollars to double the number of cars they have on the road, while Uber simply needs to recruit more drivers -- which is minimal cost outlay on their part. They have been creating trouble for themselves lately by cutting fares needlessly in markets where they could have easily raised them (like sun-belt cities in the winter that benefit from huge surges of snow-birds). This has angered drivers and many have just refused to drive until the fares go back up (if they ever do).
Also, while cab companies have had decades to work on improving their customer service, create efficiencies in their business model, and generally evolve beyond the same rut they've been in for 50 years, they haven't done much more than the minimum needed to keep things running. Barely.
They love to complain that ridesharing companies are stealing their business, but 9 out of 10 of my riders say you couldn't pay them to take a regular taxi. Women especially hate taking them because there are so many foreign men from Islamic countries who have horrible attitudes towards women and they don't realize how condescending and threatening they come across to typical American women (at least in my neck of the woods).
Before Uber, people's choices when going out drinking were: (1) stay home and invite their friends over instead; (2) get a friend to drive them; (3) drive themselves and risk a DUI.

After Uber/Lyft, they have a fourth choice: (4) take Uber/Lyft!

Where is "call a cab" in that mix? Most of my riders say, "forgetaboutit!" It was never an option except in "emergencies" when they had no other choices. Cabbies and cab companies are slitting their own throats with their horrible customer service and attitudes. They have no one to blame but themselves, IMHO.
That said, I agree with a couple of earlier comments. By 2030, private vehicle ownership will be waning, as the majority of trips will be provided by driverless vehicles owned by others (my favorite target for this ownership is municipalities, but that remains to be seen).
In the mean time, ridesharing services are disrupting the personal transportation arena in the same way that automation has been and continues to replace factory workers. Yes, this is a "social impact", but it's part of a larger trend to replace unskilled jobs with automation.

In the short term, ridesharing companies are providing a refuge for unemployed and under-employed people who are having a challenging time finding work in their own fields.

@ David Crooke - I'm familiar with the space. Car2Go, CityCarShare (in SF), Getaround, Zipcar, etc. They are also substituting car ownership, but from a different angle.
On one side, you have the Uber/Lyft/Sidecar approach that substitutes car ownership with ordering a car that automatically comes to you on demand, then goes away when the ride is over. On the other side, the Car2Go/Zipcar/Getaround approach substitutes car ownership with ordering a car that you pick up and drop off when you're done. In both approaches, you're scheduling a slice of car usage. One is by ride, the other is by time.
But the main difference between the two approaches is who drives. Uber/Lyft/Sidecar has drivers. With Car2Go/Zipcar/Getaround, the customers drive. What happens when driverless cars are ubiquitous? Then the two approaches converge and differ only in business model. Do you pay by distance (per ride), or do you pay by time (inter-city trips or to run errands all day).
And that's where things get interesting and society changes on a fundamental level. Is that change for better or for worse? To me that's a more relevant debate when we're talking about social impact.

1) what is the retention? they are onboarding 20k new drivers/month. how many quit?  last i heard the turnover with uber was substantial
2) 90k in income is very different than 90k in profit.  i read another article by uber, about the hourly rate of their drivers. guess what -- it's higher than that of a cab driver!  guess what what -- they don't include fuel, vehicle maintenance, cost of vehicle, or anything else like that in their number.....  if you factor that in, you're getting close to minimum wage which, well, they're not so proud of.
so, please, let's take uber's press releases with a grain of salt. thank you. 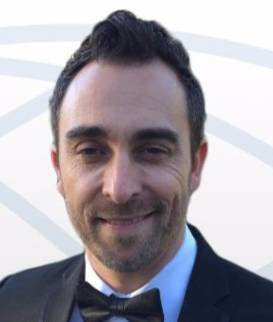 Dominic F. Tarantino Entrepreneur who seeks to connect with bright people who are interested in bringing ideas to life.

Who will take out the taxi drivers when Uber drivers realize they cannot make a living on Uber? It will swing back around, in my opinion.

I think your analysis of the convergence is sound. I am not so sanguine about how long it will take before driverless cars are approved for general use - I am betting 2025 or later. Uber is not in the "we plan to be a car rental company ten years from now" business. Right now they are a cab company, and like every other cab company, they will need a new business model. They could get into the driverless car rental business, but so could Avis-Budget, EuroDollar, Hertz, National, ...... It's going to a huge competitive bun fight. Let's order popcorn :)

Agree, However in smaller markets like Sydney they are killing the taxi drivers income. Our taxi guys are independent business people and pay upwards of 500K for a license to operate and are the primary income provider for their families. Uber is programmatically wiping these guys out and not replacing the licensing fee or the regulations around the responsibilities of transporting people. I agree that the taxi industry needed a wake up but taking them out is over the top​. Think about how many fares it takes to pay the license fee of 500K which by the way is controlled by the government. The chances are these people are going to end up on the dole at the expense of the taxpayer. Not sure that qualifies as a social minded company. Ed Jeffers Regards, Ed Jeffers 0404 835 176