At beginning phase of your startup, the typical notion is to start and focus on a single niche market (city) then expand one market at a time from there... What are your thoughts on launching in a multiple focused market, say different cities, then refine your product market-focus from there? Striving on a notion that launching in different markets would better inform where your products fits best

Honestly, launching in multiple markets (unless each market is super tiny) is a terrible idea. It spreads your resources way to thin when you are trying to figure out product market fit. How can you handle multiple places when you dont event know if the idea is gonna work at all (from sales to marketing to customer service to pretty much everything). If it doesnt work in the one market you are going after then it most likely wont work anywhere otherwise what made you think that was the right market to target first to begin with. Figure out a playbook and then replicate it but make sure the playbook works all the way through not just with user growth. Especially if its a business thats not just built on eyeballs but on selling something. In other words figure out how to make your one market P&L look good before going to other markets (you can exclude shared services from that P&L as that cost will be spread amongst all your markets).

I recommand reading "Crossing the Chasm" which explains pretty well why you should start with a niche market (including geographically). Like Eric Levenson said, this allow you to focus your effort and validate the value proposition.

Start 'small' even if this means you expand after just a couple of months and you get proper validation on your initial target.
I am sure there might be exceptions but overall I think it is a good rule. 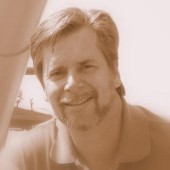 I always recommend launching in a single market first. If you have done good customer research before developing and launching the product, then you already know you've got a wanted/needed product and you can focus on perfecting your marketing, sales and support processes, which lead to high customer satisfaction. Word-of-mouth marketing from happy customers will then become one of your greatest assets enabling you to expand to other markets.

I've got back and forth with the same thought process myself, but I've learned figuring out where the best market is and starting there is the way to go.
I tried expanding too early on before I even knew enough about my business and it ended up causing me to pull back into the city I started in. You need to allow time to learn about the business and customers in one area, get things running smoothly, and then figure out the next best location(s) to move into.
I personally believe that once you've figured out one location that you can start doing multiples afterwards with the knowledge gained. But that would still be up to how well things are going for you.
Just my two cents.

I will assume that it is a product-based start-up.  If it is a online business, my answer may be different.  Launching in a single market makes sense until you are in the process of testing a proof of concept. Multiple markets will provide you with enough market data, that guide you the next steps.  As an international business consultant,  I rarely recommend that a start-up expand to overseas markets, especially a complex market like China.  Stepping outside of the market you are familiar with will cost you extra resources and time. There is learning curve.  If you believe launching in a single market provides high risks, The next question for you is how many markets should you launch into without using extra resources. Best luck. 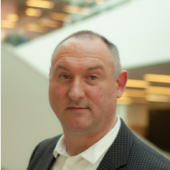 Unless you have a very big launch budget and even then not a good idea. I agree with the others, start with a niche market. Learn. Before you decide which market to start in, determine via research the optimal market. Have Market A and Market B so you have a plan B if the initial launch isn't working.

I would think that it comes down to your ability to execute in multiple markets at the time of launch. Typically a start up has limited resources and money. So with both being limited can you properly execute to get enough traction to learn what you need to know? Also remember first impressions can make or break you so its better sometimes to launch to a smaller group and learn any big initial pitfalls and fix those then expand further. If you go too big you may ruin the reputation if the product did not hit the mark and deliver enough value to its end users.

I also recommend to launch in a single market, but not to wait too long before launching elsewhere. My experience was that we launched in a medium size city and wanted to refine too much the model so it would be perfect for other cities. It turned out that that specific market was not the best one for us, as soon as we decided to launch in another market it took off and just until then we were able to really refine the business model.
In short, don't try to be everywhere when launching, so you can be really close to the activity and make quick fixes, but also don't be shy to launch in other places as soon as possible.

Many of the products I've been involved with in the B2B tech space are horizontal plays since they work across a variety of customer segments and verticals.  However, starting out with a focus on a particular market, whether that is a location, customer segment, vertical, or even use case, typically is the way to go.  This creates tremendous benefits on the go-to-market side since once you've secured a few wins, you have a formula you can replicate until it your are ready to tackle your next market.

I think there is a misunderstanding of what constitutes a market here.

The idea of geography defining a market broke down in the 1840s, when the train become common. The telephone eroded it further in 1875 and the car really put the final nail in its coffin in the 1920s. Thinking geographically is about a century out of date.

It can still apply, but only when the reach of an organisation is limited by local distribution and marketing. For example if you use your own vans coming out of a central depot, rather than using an international courier company. Or if your only means of publicity is through the local newspaper. Or you still use the antiquated customer acquisition methods of a man who has to visit people just to make a sale (sounds ludicrous now, doesn't it).

Such limitations, these days, are self-imposed - there is no need to restrict yourself in this way. Nor is there a need to accept limitations placed on you by language, by media (which still often think geographically) or taxation.

Markets these days are more accurately defined by who would be interested. Teenage boys, for example share a lot of the same interests globally. It is easier to create packaging in multiple languages than repitch the same product to, say, teenage girls.

Markets are also defined by the means to create awareness. If you use, for example, Pinterest, you appeal to a global audience - only having your product available in some of the territories is quite simply wasting the interest you generate (and thus the funds to do so).

For startups, this has another risk. If you launch in one territory, you run the risk of getting feedback stats which only apply there. You can create a product which you think has wide appeal, but is actually only designed for that one niche market.