Looking for feedback about entrepreneurial experiences with the Keiretsu forum.

We're in the early stages of our seed raise, releasing our MVP in the next 10 days or so. We've been talking to the Keiretsu Forum about potentially presenting to their NoCal and SoCal groups. Since their presentation fee is fairly steep, I'd like to understand better from those that have gone through the process how it worked out for them (pros/cons). I like what I hear and see so far, just looking for direct startup feedback. They seem to be fairly selective.

They will let you sit in on a session, I highly suggest you do so to see how they operate. After I did so, I ran for the hills. I am suspicious of any organization that wants to charge startups to pitch. Here's what I observed:
That's what I came away with. But maybe that's just me. And maybe I don't know anything. And maybe I just hurt any chances that I'd ever raise from an Angel in Keiretsu Forum.

I'm about to go to my first Keiretsu meeting this Friday (as an investor, guest not a member). From what I was told by the chapter head, they do a fair bit of consulting/coaching during the screening process. If that's free as was mentioned by James Palmer, then it might be useful. Just remember, pitching to investors is more like dating than like scientific analysis. So at some level what's given as "advice" might just be opinion.
BTW - In my previous life as president of an angel group in another state, we tended to disregard groups that charged companies to present, and gave any recommendation from such groups a rather skeptical hearing.
That said, I would check out people who have pitched to this group before and get their viewpoint. 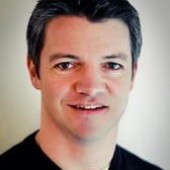 Joe, the fee they charge is a proxy for how successful your startup is. If you have enough free cash to pay their fee then they "think" they know that you have more traction than other startups. Having attended a forum it seems as if they are just  a bunch of  guys/gals who  like to hear new business ideas and apply what they may or may not know. (when we went  it seemed one guy was a UW professor and he asked good questions but I really wondered if he'd ever started a company. Like he didn't really know the day-to-day reality of a start-up. Bottom line: don't do it unless you have *serious* traction (i.e. revenue).

They are rated 1.8 out of 5 on Thefunded.com. Stay away I would say
http://thefunded.com/funds/show/Keiretsu+Forum?view=search

Some more info - we do not have any friends and family options, worked that angle for the past 4 months fruitlessly. We release in a few weeks, we expect quick traction, partially due to the free beta period. I've bootstrapped the company myself for the past 16 months (we pivoted 6 months ago).
I wrote the blog post "The Paper Napkin is Dead", so I'm unfortunately all too familiar with MVP/Traction/Raise order of events. In my discussions with Keiretsu, they also recommended waiting for MVP and some traction and that was always my intent.
Good specific feedback Alex, thanks! (thank you, Eliav, as well of course)

I was there couple of times and I think they are only good for
learning the pitching process only. My experience is they are
trying to make money from entrepreneurs instead of helping
help connect angels for entrepreneurs because their experts
would sometimes offer free advice and then later on charge
you hundreds of dollars and claims they are successful business
men. This is my experience. Anyway, never pay anyone over
$20 bucks for nothing. But the gathering did help people learn how
to pitch to angels.

Sure to all. Firm believer in traction to reduce dilution to increase investor desire. Stay tuned, we'll be releasing shortly. I'll probably write up a case study on the nFlate raise. 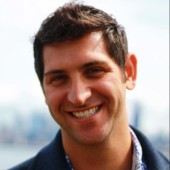 Congrats on bootstrapping thus far. If you get traction like you expect, you should have no problem raising money. Let me know if I can help in anyway. Have a great day! Cheers, Eliav

Joe,
I don't know what your startup does, but trying to raise funds without traction is not wise. If you do get investment the terms will not be favorable.
Companies have 2 major risks to overcome. 1) Technical Risk - will the damn thing work and 2) Market Risk - will anyone care enough to pay for it. In MOST companies the technical risk is almost nil - with enough money you know the thing can be built to work. So focus on the market risk first - and if you follow Customer Development methodology properly, you can often get the traction you need without a product.

We stayed away after learning of their steep fees.  It makes no sense that as a startup, you'd be spending your own investors' (or your own) money for a slim shot at getting more funding.     It's the same pool of money you need to keep your business alive so why waste it on a gamble?