I consider building of mass-market product.
Is there a difference of building such startups in comparison to lean startup methodology used for strictly-segmented products?
Any specific tricks or risks you know?

The big difference with mass-market products is the cost to successfully capture a meaningful share of the market is usually much higher for mass-markets than niche markets.

There are two likely scenarios.

1) In mature markets there aren't a lot of competitors, but there are big established ones. In this case you probably have a "market Gorilla", a 3-8 medium sized "Chimps", and a bunch of small share "monkeys" with single digit or smaller shares. The Gorilla gets a disproportionately large amount of the profit in the market, and also gets a disproportionate amount of the press. (Think Apple in smart phone market). So it is very hard for new entrants to create awareness.

Who do you think is currently the number 10 largest cell phone manufacturer in the world? Last year it was "Vivo" at 2.7% (9 Million Units if Q1 2015 - down from 3.10% in the previous quarter). Former darling Blackberry didn't even make the top 10 list!

When was the last time you saw an article about an Apple iPhone? or Samsung phone? What about a Vivo phone?

How many people know the Vivo name or even remember ever seeing an article about it?

It takes a lot of money to buy awareness in this kind of mass market. And the major channel partners want to know the market really wants you before they will buy any inventory -- you need to have market PULL before they will PUSH. But how are you going to get that if you start with no awareness and no traction.

2) In undifferentiated markets, the alternate case can be equally bad, but in a different way -- that's a noisy market place with no clear market leader.

Who is the market leader in quarter inch #20 screws. Do you know? Do you care?

The good new is that you don't have to displace an existing market leader name in the customer's minds. But the bad news is that there are so many competing voices that it is hard to get your message and name heard above the rest, unless you have a big marketing war chest.

This is why it seems like brands "burst onto the scene" in a big way as soon as they get bought out by a company with lots of marketing dollars (e.g. look how much better known Nest has become since Google started blanketing the world with ads for their new acquisition.

In contrast, consider an alternative: a niched B2B market.

Let's say you make a specialty tooling product (price $50K) that is only used by the automotive industry and you are focussed only on the US market. There are currently just 33 such manufacturers in the US. You don't need to buy lots of Google ads in hopes they will find you and call you.
You can find the list of all 33 on a single Wikipedia page!

With their company names from the Wikipedia page, it is easy to Google them and find out where each factory is located. Many have multiple factory locations.

On LinkedIn you can find their senior business executives. You can call or email all 33 for next to nothing. You can fly out and personally visit any who are interested.

If you sign up 4 manufacturers, you've already signed up more than 10% of the total market! If you sell just an average of 5 units to each of those 4 manufacturers you are already doing $1M in sales annually.

Many first time (or wannabe) entrepreneurs who have never experienced the problems of mass marketing naively look at Facebook and Google today and say something like this:

"Google and Facebook each have over 1 Billion active users / year. If I get just 1 tenth of 1% of their users, that's still a 1 million users! If I sell my product for just $10 each I will be a $10 million company overnight!"

The math is right, except that is an extremely unlikely outcome. It is more likely that you will reach at least 5% of the available market (because somehow you got heard above the noise from the competitors), or that you can't even get 1/1000th of 1% (only 10,000 customers), because no one is paying attention to your marketing messages in the midst of so many conflicting messages. All percentages in between these numbers are highly unlikely!

When you are unknown in a mass market it is more likely that you have to touch a person 10 times before they even remember your name, let alone take an action like: clicking a link, giving you their email or calling you, which might lead to a sale.

If you spend $2.50 per exposure that actually sinks in, you've just spent $25/customer for a product that only generates $10/sale. The economics of customer acquisition vs. lifetime value are all wrong.

Power curves and the long tail of mass markets:
Look at this chart of app revenue by rank on iOS and Android, a typical mass market. The revenue distribution is a power curve - a small number of big winners declining exponentially to a long tail of low revenue players. The rewards to the winners are enormous, like winning the lottery, but the probability is very small (also like the probability of winning a lottery!). The most probable outcomes are all out in the low revenue long tail.

Power curve distributed markets are great for the few winners, they getdisproportionateprofits and attention that allows them to maintain their positions, and bad for the players in the long tail.

Long tail markets are great for the marketplace owner, who gets revenue from each of the small long tail players, and the longer the tails the more they make. So Apple's AppStore and Google Play all want you to imagine that if you just submit your app you'll be the big winner who gets a disproportionate amount of profit and press coverage. But look how hard it is to find an app that solves a specific small problem in these markets if you don't already know its name.

The marketplace owners are selling dreams, but making real money on every app developer's dream that goes unfulfilled. 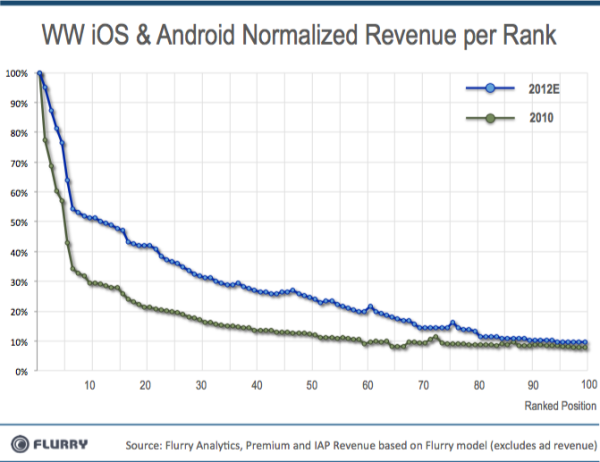 That's what you are up against when you are a new entrant into a mass market.

If your business only makes sense in a mass market, or if you have the deep pockets to rise above the crowd, then you might as well go for it.

But don't despair! There is an alternative!

If you can enter a smaller protected niche market first (for example, just Harvard University students) you can get known in your initial market and even become the market leader in that small niche.

Once you are the leader in your initial niche you can expand into a larger niche.(e.g. TheFacebook, the Hottest social media app at Harvard, is now available to all the Ivy Leagues + Stanford).

And later: Facebook, the hot social media app at all the Ivy Leagues is now available to ALL college students everywhere.

And later still: Facebook, the hot social media app for college students, is now available for people of all ages.

It is so much easier to be noticed by the press in new markets if you are already a leader in some other niche market. And if the press notices you, it is much less expensive to get customers who don't already know you to discover and notice you too. Google, Facebook, Apple, and pretty much every large company in mass markets today first started out in a small niche market that they rapidly dominated.

For instance, look at much larger, but late to the market,Google's Google+ poor penetration in social media vs. established leader Facebook. Even, with Google's huge warchest, it couldn't dislodge the idea that "Facebook is the place to go for social media" in the minds of most of the market.

What this means is: If your business plan requires you to compete for an existing mass market of 1 billion people on day one, you'll have a much harder time than Facebook did getting there by conquering niche after niche over a decade!

That's the added risk for the entrepreneur considering starting in a mass market rather than in strictly segmented niche markets.

Great answer, Scott. Learnt a lot from that reply.
Cheers. 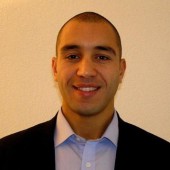 Toyota invented the lean methodology for cars. The process of the lean startup is valid for mass-market products as well.

Scott, thank you. You completely answered my question.

Many demonstrative examples, i finally got confidence to continue concentrate on niche market, at least for start ;)

Niche products usually have higher margins And lower break Even. Capital companies also like to invest In niche products unless they are super large. Sent from my iPhone

Good for you! A person's reach should exceed their grasp. Grasp what's nearby. From that new location you can grasp more. One day your reach will be a mass market, but you will get there by willing battles in many niches, just as Facebook did.