No business model is written in stone for a startup, yet, you have to show projected growth chart!?

No business model is written in stone, especially for startups, entrepreneurs need to quickly adapt to the changes to survive, however, there is so much emphasis on projections about revenue/growth in a business model about a product that is not in the market place yet?  Although, a few smart investors/VCs may not care for this at early stage, and go with their gut, but many others may look at it as a ritual or as part of a checklist. I am just wondering, how each of you as entrepreneurs is handling your growth/revenue models that may be fictitious?

Everyone knows that the numbers are an educated guess at what market share you can capture and how quickly you can capture it. VCs like to have this included for a few reasons: 1) You need to start somewhere: The numbers should be grounded in some reality (what the others closest to your business model & market have done, etc); 2) You need a target to work toward or you are drifting in the wind (VCs want to know you are approaching the business analytically and with a plan not being scattershot); 3) If you have no target, you're not likely to get anywhere.
So creating these numbers, even if it seems an exercise in futility, should actually be a guide for you, the CEO in running the company, as well as tell the VC what type of CEO you are and if you have a fundamental grasp of financials.

Don't fabricate, most startups try to blow the door off the shed during the presentation, “we will own 90% of the market and be b_zillionairs tomorrow.”  The investors and VC’s I’ve been in front of are very smart people and many of them know a little about the possible markets and where your idea may fit, so spinning a story that is beyond lightning in a bottle, may backfire.  I always try to show an understanding of the potential market, a rough sketch, and then I try as hard as I can to figure out what number do I need to break-even or turn a profit.  I used that model to be my worst case scenario, because the idea for someone to invest is they are going to make the investment back +… A lesson that can be learned, if you can’t see or figure out that number… that may be telling you something about what you are doing.  However, after I get that number, I then try to find other “like” companies and try to figure out there customer acquisition costs and trends / growth pattern, and then model a great return and a real success scenario (almost lightning in a bottle).  I find this is a great place for questions and you need to know your numbers back and forward.  My job is to convince you that I can make a product that will be profitable and that is the worst case and if we execute, read the market, we will do better… if we catch fire, all your investor friends and VC buddies are going to be jealous!  Again, try as hard as possible, IMO, to be as fact driven as possible.  You never want to go to the investor meeting / board meeting and say… hey I know I said we would have 35% monthly growth forever, but since the last meeting we got 7 customers for $2.99 cent yearly subscription… yeah, I know I projected 7,000,000 customer by now with 35% monthly growth... that is not a fun day… but I think you get the point.

Important to note, FOR YOURSELF, how much revenues your product can and will generate within a specific time.  Helps you stay on course. 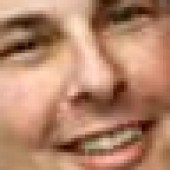 I have created multiple highly detailed financial models for two or three startups. I'm not aware that any VC actually looked at any of them. And, to the extent they d looko, as I understand if, they generally start by assuming everything in your model is overstated (which it probably is) That said, I think that's this is an invaluable exercise. It will lead you to really understand the drivers of your proposed business model. Even if you are largely making assumptions with little grounding, the exercise will give you incredible knowledge and added intangible confidence as you go about presenting your funding proposal. You never know when someone you present to will actually want to dive in to the metrics and drivers. Even if they don't buy your assumptions, you are far better off having a quantified point of view. It's also not uncommon for a VC to look at your business through a completely different filter than the one you expect -- but even then , having run the drill your way, you'll still be ahead of the game. The other thing about the model is that once it's set up, it becomes far easier to tighten up and test new assumptions. Bruce

Krishna all forecasts are fiction, whatever the stage of your business. They are best guesses. Your forecast model can certainly help you get a grip on where your fixed and variable costs are and how they scale against growth in revenues, as well as the calls on your cash flow if all goes to plan.
What I look for is whether the business understands the difference between fixed and variable costs, that investment in people leads revenue response and the differences between P&L, cashflow and balance sheets. The trajectory of the growth is cause for speculation but I want to see ambition, not stupidity.
Anyone who digs too far into the detail of the actual numbers is kicking tires.

I have always viewed this slide in the presentation as a way to showcase my abilities to create and communicate a financial model.  They are partly investing in me, and I'd like them to know I'm hopefully above average at dealing with P&Ls, etc.  While this skill definitely won't create any value, at least they'll know I won't destroy whatever value we do manage to create (the vast majority of the pitch deck) through boneheaded finance decisions.
I have never viewed it as a way to communicate the future, my opinion of the future, or even a likely possible scenario of the future.
If you leave it out entirely, it's hard to tell if you are communicating that the future is unknown (true, but uninteresting) or if you & your team are just below average at financial planning (troubling, especially if you're asking for millions).
Remember, investors are investing in you & your team as much as your idea & market.  Slides that seem irrelevant and a waste of time relative to your idea/market may still lend a lot of insight relative to you & your team.  It's only one slide - I wouldn't blow it off.

A key challenge tends to understanding what business model you using and what this entails. For example, if you are looking to build a community this will be different to building a market place.  What makes this more complex is that as a startup you have a trail and error phase before you settle into anything.
I thought this is a good video to help break down these kind of concerns - https://www.youtube.com/watch?v=rNN2bAV9Qqg .
Hope its useful and look forward to other comments.

I know my projections are surely wrong.   But I want projections to accurately reflect my view of the future as best as is possible.  I want to guess numbers where I think it is equally likely that I might be over vs. under.   Even though I know these are wrong, if my equal likelihood ROI estimate gets too small its a message to ME that this isn't worth my doing any more.   It also helps me align with investors who are compatible, because they have roughly the same beliefs about possible future outcomes and the kinds of ROIs that are worth their efforts (and money) as well.
Finally, comparing estimates with actuals, helps me see where my assumptions might be right and where they might be wrong -- or where the market is telling me to go a different direction from what I had planned.

Thank you for your message. I will have limited access to email until mid-September. If this is urgent, please send a text or WhatsApp message to +1 762-233-3310. Otherwise, I will be dedicated to checking messages each Wednesday from noon until 3pm New York time. Please send messages on Wednesday before noon if you seek a timely response. Much thanks for your patience and support.

Remember, "No plan will survive contact with the enemy"