Not paying Founders salary is illegal ?

Not paying Founders a salary is illegal ?
I was watching Y Combination lectures at Stanford University and on lecture 17 at 32m30s they started to say that not paying founders is illegal and that you have to pay at least minimum wages. Which goes against everything they have been saying before like don't raise money before you have MVP and/or traction and do a lean startup.
Did they mean that all Founders should deposit amount of money they about to be paid by start-up they working at (minimum wage level), have startup pay payroll taxes on Founders wage, then give Founders what left over and then Founders set aside an amount to pay income tax?
https://www.youtube.com/watch?v=EHzvmyMJEK4&t=32m30s
So what is the truth?

You can work on your ideas (and company) before getting paid or taking money. This is probably what they are talking about. After you are funded you should have the funds to pay employee salaries. Founders are employees. It's a normal business at this point with funding to provide a runway when there is not yet enough revenue to hold its own. Or...You might be bootstrapping where you do actually have a business that can cover its costs.

Startups are often treated in some crazzzzzzyyyy ways. People will try to get away with anything. It really depends on the people involved and what they are willing to do. At the end of the day, it's a business like any other.

I suppose it's not illegal to not pay yourself though. Gov't doesn't care, they're still collecting taxes. 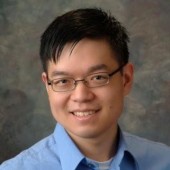 Hmm, thought there would be other kinds of replies to this question.
Per California law, all employees must be paid the minimum wage.  The recommendation to pay all founders minimum wage is meant to pre-empt unhappy ex-founder issues.  As we've generally heard, ~60% of startups break apart due to founder issues ... if you were to lose a founder or two along the way, they'll have some amount of legal standing in the state of California if they were to argue that you never paid them minimum wage, and they'd have a good chance of winning any lawsuit they might bring against your company in that regard.  So, paying minimum wage helps keep that unhappy scenario from happening.
If you're a solo founder, or if you're bootstrapping and haven't yet incorporated, it doesn't really matter.  Or if you've done a couple startups with the same people & tend to finish each other's sentences, a founder break-up is less likely & this may not be necessary.
If you're still doing really early-stage prototyping & market-product fit, even a document that specifies how future responsibilities & equity will be divided (i.e., who's CEO, who's CTO, what those roles entail, how your team will go about making big decisions) can be sufficient between co-founders for a while.
Just before you raise a significant seed round, incorporate through Clerky (or find a good startup lawyer who'll defer expenses), put in your paid-in capital & issue your restricted founder's stock to all founders & founding employees (preferably authorize ~10M shares at a par value of 0.0001 or so per share), and consider promissory notes for what each of the founders have put into the company so far (optional).
At that point, you can start paying minimum wage ... if your company can't survive minimum wage based on the size of your seed round, you might consider paying it back thru (agreed-upon but optional) investments by founders into the company in exchange for promissory notes?
Since you're in NYC, not California, I'd consider consulting informally with a lawyer as to whether this actually applies in New York.  I'm not a lawyer, so this is not meant to be construed as or used as a substitute for legal advice : )

Man, I'm easily distractible.
Seems like 20% equity ownership is the cutoff (see below). But how is that 20% measured? If it's on a fully diluted basis then it's unlikely that most founders will meet this and would be required to be paid. (assumption that entity is a corporation). If it's based on outstanding shares then most would likely be exempt.
http://www.dol.gov/whd/overtime/fs17b_executive.pdf
"Exemption of Business Owners Under a special rule for business owners, an employee who owns at least a bona fide 20-percent equity interest in the enterprise in which employed, regardless of the type of business organization (e.g., corporation, partnership, or other), and who is actively engaged in its management, is considered a bona fide exempt executive."

@Tom people will only get away with things if you let them.  Investors are just regular guys looking for a good deal. It's all about who has leverage and doing what is sustainable.
An investor who does not respect the needs of the founders does not belong in the deal.
Vice versa, a founder who expects more that what the market is willing to bare does not deserve the investment.
@Max I think this most likely applies to founders who have raised money.  Its best get CPA advice on how to do this cleanly but I am pretty sure its possible to get paid in equity, especially if your company has been priced.

Uh, Michael, of the three I think I'd be most worried about the potential consequence emerging from the tail end of the dog after a bag of cookies!

Yep, I'm suggesting not incorporating until you're getting somewhat closer to raising your seed round.  If you're just working out of your apartment & spending no more than a few thousand dollars in total, would suggest that it can be considered a side project rather than actual employment, until the need arises to create a more formal arrangement.
When we say paying minimum wage, we're not including overtime.  Yes, it leaves some room for debate in case of lawsuit, but if you're paying for 40 hours per week at $15 per hour (upcoming new SF minimum wage), arguing that you weren't paid for overtime makes for a pretty weak case.  And if you don't yet have the resources to pay yourself minimum wage (~$2500 + taxes / founder / month), would suggest delaying incorporation rather than building up "deferred compensation for founders" -- deferred items on the balance sheet won't stand up as a substitute for actual compensation in court anyway.
If you're likely to rack up large amounts of debt, then yes, earlier incorporation as a C-corp would be preferable to avoid personal liability -- but especially early on (without a seed round), most banks you approach won't give you a high credit limit for corporate cards (say, $500 - $3000), so regardless, your debt would typically be racked up on personal credit cards anyway (for which you're personally responsible).  But racking up large amounts of debt is pretty antithetical to the idea of running lean.
When you're seeking advisors outside your personal network, perhaps to help you with issues like seed fundraising or marketing, I'd say it's already past time to incorporate.  Potential advisors within your personal network, on the other hand, should be fine with an informal agreement until it's time to incorporate.
Now that startups like Clerky & Zenefits will help you create a stock option plan & administer it, and companies like eShares will let you issue grants for $20 (after your board approval), it's reasonable to consider starting up your options plan shortly after incorporating.  If you have a law firm on deferred fees, they'd be happy to do this too.  But what you offer an advisor is simply an advisory agreement -- it'll mention, say, 0.1% - 0.4% of the shares, according to the terms of the option plan.  Since startups typically batch option grants to save on paperwork & costs, you wouldn't be issuing the grant immediately anyway.  So long as you issue the grant before the next financing round closes, to allow for a lower strike price (i.e., according to fair market value), you'll be fine on that front.
Experienced angel investors generally don't have a problem letting founder stock vesting account for the time each founder has spent on the company.  It's usually a four-year vest with a 1-year cliff, anyway, so a few less months isn't going to be a big deal, so long as all the founders are still highly committed.  And by the time you're negotiating in-depth with the investor, hopefully you've already incorporated and issued yourself restricted stock purchase agreements with the appropriate commencement dates, so that it won't really be an issue.
Would venture to suggest that you're overthinking this a bit ... each startup will find its own time to incorporate, some startups will pay minimum wage, while others won't, and the vast majority will either succeed or fail without the minimum wage question having any impact on their odds of survival.
Since this really only tends to make a difference if founders fall apart & later decide to sue each other, it's only one of the many decisions that'll be specific to each individual startup's situation.  And as you know, there's a hundred other things that'll have more of an impact on your startup's chances of survival : )

Not to mention my nausea when I realized that I've been snacking on duck liver treats all day.

It depends where in the world you are. Generally as an owner of a business you are exempt from minimum wage requirements. A quick google search should set you right. Also talk to your company CPA (if you are in the US).

That said, make sure you consider the stress to founders finances. It can lead to huge problems.

Scott... that's what happens when you try to do three things at once. Simultaneous with bad financial advice, I just created a mess of some code, and I think there's a pretty good chance I just fed my dog a bag of cookies.
So, yes, you're absolutely right.
OK, back to what I was doing... whatever that was.