Hi Everyone,
My Kickstarter is ON!  The response is incredible!  But I made a miscalculation about how much international support I would get and did not offer enough rewards for international backers.  Can anyone refer me to a shipping broker or figure out how to calculate an appropriate charge for a FLAT shipping charge to any country in the world?  This is a drawback of Kickstarter's site...no actual shipping charges can be applied.
Here is the project:
https://www.kickstarter.com/projects/levelup/sabertron-foam-sword-play-with-wireless-electronic
Thanks, David. 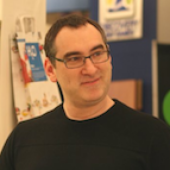 David,
That is a big issue. I've been working on a kickstarter project and they are losing their shirts on international shipping. What really gets you is the customs and duties handling fees. The flat rate box mentioned earlier isn't going to work, because of your form factor, which is a big issue. Since most international frieght is based on dimensional weight, the size of the box, which yours is going to be long.
What you might want to do is find a distributor in Europe and send them a crate over the ocean and then have them send them locally, it cuts costs on customs also, since you only have to deal with a single large shipment. There are fees for each shipment for customs.
I had an ecommerce company and we stopped shipping to canada because we'd lose on every shipment and nobody ever wanted to pay the true price. The rest of the world was even worse.
Good luck
Jason 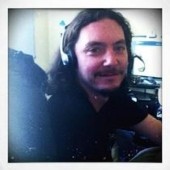 Snicker @the auto replies.
Why not use USPS international flatrate? https://www.usps.com/ship/priority-mail-international-flat.htm
Also I've paid shipping on almost all of the kickstarter projects I have funded. 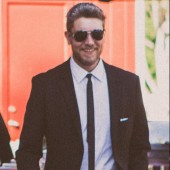 I wouldn't recommend using USPS international flatrate - in many countries the shipment is handed off to the local domestic carrier and your ability to track is lost, and often so is the package. we've had lots of headaches using USPS, even though it is considerably less expensive than UPS/Fedex.
Also, big congratulations that the kickstarter is going so well so far!

sorry hit send too soon - UPS and Fed EX have departments that actually deal with this particular issue. But I do have a good customs broker if that helps

First off, really cool idea.  I want one!
I read a good article awhile back from someone who had to ship a toy overseas via Kickstarter campaign.  He goes through his entire process and list of partners here:
http://venturebeat.com/2013/12/20/3-semis-65-countries-36-tons-shipping-my-kickstarter/
The company he suggested is Fullfillrite (see the URL in the article).
Joel

What I meant by "flat rate" is that Kickstarter tells you to add one fee to any international shipment.  But Japan and Canada are hugely different in price.
I found this:
http://www.deadlyfredly.com/2013/10/breakdown-international-shipping/
I am doing what they suggest...opening up the upper premium tiers for international backers, so that I can afford to be wrong on my flat rate.

I second Jason's suggestion to find local fulfillment houses - one in EU or UK would give you relatively inexpensive shipping throughout Europe, one in HK would cover most or all of Asia. Check out shipwire, they've got warehouses in the US, Canada, UK, China, Germany, Brazil and Australia. It adds a second step rather than shipping direct to customers, but it's probably worth it.