Apologies for keeping this anonymous for now, but I'm a bit nervous about calling attention to the specific names!
We're a pre-launch startup (though we have a placeholder website, so our existence is "public"). Our company is based in the UK. We recently discovered a competitor based in Poland that does something similar to what we do (though not exactly). And their brand name is similar to ours, but not exactly - basically theirs is plural and ours is singular.
When we decided on our brand, we had actually seen theirs, but their company/website seemed to be defunct. But it appears to have been recently resurrected.
Can both of us continue to exist, or does one of us need to change? Would they be able to force us to change our name?
Thanks!

I strongly suggest that you 'TM' your brand name and file a trademark application in the countries where you plan to operate. Provided that they have not done this, and you do, you should be alright. (Please not that I am not an attorney and cannot give legal advice)

I can respond from a perspective shaped by U.S. trademark/service mark law only. Very broadly: Both can exist with similar names if that's OK with both companies. Often if you're operating in different industries, both parties will be fine with it (Sysco and Cisco).

If the other firm has trademarked the name and your firm hasn't, and you move forward with using the similar name in a similar industry without making the other company aware of it/asking for their written OK, in the U.S. you would be making yourselves vulnerable to a lawsuit.

Think of it as a shared driveway... I don't know if this metaphor will translate culturally! But: Your house and the house next door are separated by a single driveway. The land belongs to the house next door, but your neighbors never, ever use the driveway and looking at it from the street, it might belong to either house.

Try to think it through like that. Hope it helps, good luck!

Hi There,
There are a number of ways to determine what the best possible options are. To directly answer your question; yes you can both exist. Whether or not either brand will need to change it identity depends on a great deal of information about your products/services and what intellectual property does each parties have protected. If It can be established that you have infringed their IP, then they can successfully force you to change your name.
I will be happy to have an in-depth conversation with you regarding this situation if you wish.
Email: akfamuyiwa@gmail.com 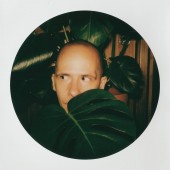 You have three choices: