Do you have suggestions for or experience with a screen recording/video editing software program (for creating high-quality presentations) which can work on a Windows operating system? Many have recommended Screenflow, but this works only on the Mac OS X.

Camtasia is pretty good. Sent from my iPhone

I'm sure you know about Camtasia. It's expensive.  A couple years ago I bit the bullet and bought it.  It's very good and does everything I need without hassle.  I use it on the Mac, but they have a Windows version, which I would guess is on par.

Silverback and Camtasia are good ones. I am pretty sure they work on windows and mac. 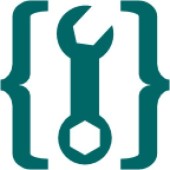 For what is worth, if its just slides and audio you need, PowerPoint has primitive but useful built-in slide narration in Office 2010 and later.  This won't capture using other apps, but if you just need a quick voice over screenshots and text it can help.

Camtasia is the answer.  They have a 30 day free trial and its learning curve is not steep.  They have great video tutorials to get you started.
Good luck.

I started working with Adobe's Premier (I think I pay $20/month to license the whole Adobe suite).  It seems very powerful and easy to use - if you know how it works as most controls and features are not intuitive.  As an Adobe member you can view some really great tutorials and reproduce it with downloaded files and within a few hours you should be up and running.  I hope that helps.

+1 for Camtasia - I tired what feels like a zillion of these things a while back and while none was completely perfect, this was the best one for the price and got the job done.
One caveat -- on the mac at least, the audio recording / playback is not great, so you may want to download the free program Audacity for audio recording....then import that audio into Camtasia and use Camtasia for the screen capture (it's almost impossible to perfectly sync voice + "doing stuff" on a screencast at the same time, and besides, if you try to click & talk at the same time, you'll end up with a bunch of "click" / keystroke sounds in your final recording that you may take quite a bit of time to edit out); it's sometimes just easiest to record the audio and video in separate steps and then combine them, which Camtasia lets you do easily).
Finally, if you plan to do a lot of these, it might be worth investing in a stand-alone microphone (I have one from Audio-Technica), but if it's just a quick-n-dirty demo (vs. the core of your product) this might not be needed. Try Audacity or the native audio recording included in Camtasia and see if you think they are of sufficient quality.
One final note -- if you're going to record "Full Screen" on Camtasia, they do (again, this is on the mac version - not sure if it's the same on the Windows version) this infuriating thing where they, as a default, only record at 50% resolution (to keep file sizes small). Which hey, is great for file size, but frustrating if you want Very Crisp visuals. (to fix this -- something I only discovered on a techsupport thread months into using it!) Go to Preferences->Canvas-> and change the "Scale By Percentage" setting to "100%" from its default of "50%"
Side note: Re: Adobe Creative Suite, double-check the pricing ....(or, Christian, tell me how you got such a good deal, ha ha) -- I believe that Adobe Creative Suite is $50/month if you sign up for a full year, or something like $75/month if you just want to use it here and there.  Might end up being cheaper than Camtasia if you only use it from time to time, and it does come with the added benefit of giving you access to Photoshop & other cool Adobe tools, which might come in handy for creating crisp graphics, etc.

Oof!  My message gotcut off from before.... as I was saying, to get full resolution on your full-screen recordings in Camtasia, go to Preferences --> Canvas --> Scale by Percentage and then change the default from 50% to 100% . There's been a strong uproar in their support forums over this, hence why I'm mentioning in case it's affected others on the thread.
Finally, re: Adobe Creative Suite, I think they have different price levels...I think it's more like $50/month if you pay a full year, or $75/month for one-off months here and there (???). If you can condense your work into one month here or there, you might end up saving money buying 1 or 2 months of Adobe Creative Cloud , plus it would have the added benefit of giving you access to some other tools you might find useful, like photoshop, etc.

Smart Technologies offers a solution that would fit this description - http://smarttech.com/

Have you tried Camtasia? It works for Windows. -Shipeng