Looking to hear people's experiences using Magento and/or Shopify - if you have experience with both even more interested. I'm in the process of choosing for an MVP commerce project. I generally love open source software (although I realize Magento is now owned by ebay). 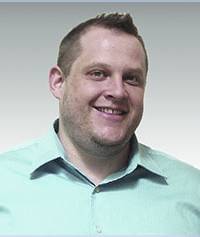 We've been looking and watching Shopify since it came out, but there are a handful of gotchas last I looked on Shopify that wouldn't work for us/clients:

- For example, you can't get a dedicated SSL certificate until you are on Shopify Plus paying $1000 a month. This means you can't use critical ecommerce tracking tools in Google Analytics, and it impacts shopper confidence and cart conversions because it routes to ".myshopify.com" at checkout.

- Additionally, Shopify's pricing structure forces merchants to pay up to 2% transaction fees for using popular, non-Shopify payment gateways, such as Paypal and Authorize.net.

- Another feature Shopify doesn't offer is sitewide HTTPS. This advanced feature provides an SEO lift and was singled out by Google as a future ranking signal.

- From payments, to POS, to analytics, Shopify pushes their own homegrown solutions and makes it difficult or costly for you to integrate with third-party solutions. For example, if you are doing decent volume offline, you will need a midmarket POS that supports more sophisticated capabilities such as sales commissions and multi-store locations, but Shopify doesn't offer these integrations.

- Shopify themes are developed in "Liquid", their proprietary coding language, so the pool of developer talent is smaller to draw from. In contrast, Bigcommerce themes are coded in standard languages - HTML, CSS, Javascript - which makes it much easier to find quality developers that you can quickly hire to execute improvements to your site as you grow.

- A true mid market client increases their revenue through marketing optimization and merchandising, and only on Bigcommerce will you get that depth of reporting and insights. Shopify's reporting isn't very high level, and doesn't offer any merchandising capabilities at all.

- Shopify also doesn't support dimensional shipping, which is how all major shipping carriers calculate shipping costs as of February 2015. Shopify encourages merchants to just guestimate by calculating dimensional weight instead, which is inexact and will make shipping costs balloon at volume and hurt margins.

So again, without more knowledge of what you're doing online, no one here can give you the most valuable advice you need. And even though most here know 10X more than me, we're all shooting in the dark. 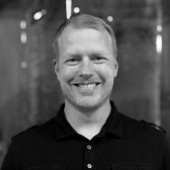 Hi Ryan - is this B2C or B2B or something other?  Makes a huge difference.  Magento was bought by Private Equity and spun off on their own over the last few months.  The platforms couldn't be any more different.  For flexibility sake - Magento.  For ease of use, time to market - Shopify.  By definition with MVP, I would imagine I would start with Shopify or BigCommerce or even something like AbleCommerce, get your legs underneath you then look at bigger and more capable platforms in the future.

Shopify is an excellent platform--nimble, fast, tons of add-ons, great for small to mid-size ecommerce. Their templating language, Liquid, is easy to follow if you know any client or server-side scripting. Magento is a beast. Unless you have serious integration requirement or complex needs, I'd steer clear. If you're a fan of open-source, I also highly-endorse Woo Commerce. Runs on Wordpress. It's easy to dismiss/overlook because it runs on Wordpress, but it's free, open-source, powerful, well thought out and also has a lot of add-ons. We've built sites using all 3 and Shopify and Woo have worked out very well for most applications.

Both Shopify and Magento have its own pros and cons. If you stick to the budget, you can go for Shopify. You should choose Magento if you're planning for a long term goal.

Ryan,
I agree with Bart, but unlike Justin, I would not recommend Big or Able. We are a solutions provider for Shopify and we're porting now to Magento (data-science-based product recommendation app/ext). Shopify is very robust and very easy to get started on. About 100 free themes available, some very cool.
Magento is a big powerful beast and absolutely requires 2-3x deeper tech chops. You can be up and running with a nice sandbox environment (for testing transactions) in a matter of hours on Shopify.
I do see a lot of Shopify to Magento migrations over time, as sites get bigger and need more control and power.
IMHO, Big is a fading platform.

First time posting here, and frankly I don't have time to write a more elaborate answer. Why? Because I'm busy fixing Magento.

We run a LARGE ecommerce site (20k SKU's, 8 figures revenue). Magento was the worst mistake we ever made and we pay for it on a daily basis.

EVERY DAY I sit with development and literally the first thing IT says is "you have to understand first that what you want and what should happen won't happen because we're on Magento"... then we spend 2 hours dreaming up some hack and cron job to make Magento do very basic things.

I have no experience with Shopify, but I do know that we've been doing this for 14 years. We're pro's in eCommerce and stand shoulder to shoulder with any big box store you'll come across. Magento haunts us every day....

PS. Depending on your number of SKU's, an ERP will also be a big decision for you. Don't go cheap and pick one you'll outgrow too quickly. 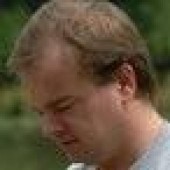 I'm finishing up a Shopify project now. I've been developing web sites since the mid 90s, and have used a lot of ecommerce systems. It's hard to beat the Shopify experience. It's not perfect, and it may not meet your specific needs, but it's cheap, easy and up and functional in minutes. Reach out if you'd like to chat. 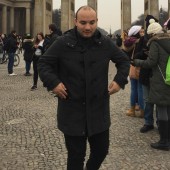 Hi Ryan, I did since small to big projects (5M products and 100k users online during blackfriday) using Magento and you can easily build your MVP. If you make too many customizations in your products with lots of attributes and have a huge products database, then you start to have problems.
How the guys said above, one of the better things in Magento is the flexibility but also your enemy and this because you will need a good infrastructure to support, in case huge databases and customizations.
Some good tricks:
- Use Varnish, is free and Magento has good modules to deal with that. (The problem is to refine Varnish setup)
- Use Redis as cache layer, setup users sessions, and some other parts.
- CDN, caches, ...
Some projects I build or participate development team
- http://www.saraiva.com.br/ - Ebay awards :)
- http://www.bydubai.com/
- https://www.johnjohndenim.com/
- http://www.portosegurofaz.com.br/ - Selling services not products
You can do everything with Magento, focus on performance during the development process and all good :D
If you need more information or advice, let me know :) 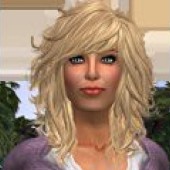 I have experiencw with both. We used Shopify as a quick and dirty way to get e-commerce up and running. It's fast and cheap, when you are small. We then switched to Magento which would allow for better scale and customization. 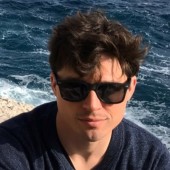 Ryan,
I would steer clear of Magento. For most simple e-commerce needs you can get by with Shopify. In the case of more complex setups you'll likely want some of the greater functionality that comes with Magento. If that's the case you should also consider Spree Commerce. It has a number of upsides in that it has much less bloat than comes with Magento. It is also much easier to maintain and extend.
If you need a company to speak with that has done work across the board in E-commerce I suggest you reach out to the team at Magma Labs (they've done great work with GoPro, LittleBits and others). I've used them and found them to be one of the better teams I've worked with. Caveat, you may want to come with your own designer.
If you want to chat about any questions you have, specific to your use case, let me know. I'm happy to share what my team has learned replatforming a number of systems in 2015.
Best,
Patrick