Should you change your startup name if an advisor says so?

I recently was faced with the question, should we change our startup name. The request came from an advisor, who is just joining the team.

I am not saying the current name is perfect, but many people already worked with that name and branding was started with it. For example, all web pages have the animal character, which is part of the name and so on. The whole theme and the look of the website is somewhat connected to the name, including color palette and so on.

The advisor promises to bring in investors, which at the moment is critical need. I am sure it will be OK not to change the name, we are not going to lose the advisor (most likely), but then the question is - may be the advisor saw something nobody else in the team was seeing, or was afraid to bring the question up, or didn't see the importance in the name.

Also, advisor may think the team is not 'teachable' and this may affect the future relationship.

Has any of you been through such a problem? Is this even worth investing the time to deal with this?

No, i dont think that is necessary. You are the founder and have to take advise but ultimately own the action. You cannot jump through hoops to keep people

There are a couple questions which have merged into one.
1) Should we follow the advisor's counsel?
2) Should we change the name of the company?
World changing people with wisdom/savvy and connections don't grow on trees. (Maybe Apple trees) :)
Add this to your whiteboard as you consider the possibilities:
Google was once called Backrub
Starbucks was started by Howard Shultz as a small chain called Il Giornale
Caleb Bradham created a new drink at his drug store in New Bern, North Carolina.  But Caleb wanted to go big. He wanted mass appeal. He needed a name change.   He renamed it Pepsi Cola.
Andersen Consulting became Accenture
Datsun became Nissan
Jerry’s Guide to the World Wide Web became Yahoo!
Quantam Computer Services was renamed America Online then to AOL
Sound of Music into Best Buy
Apple Computers into Apple, Inc.
Tokyo Tsushin Kogyo into Sony
Blue Ribbon Sports into Nike
AuctionWeb turned into eBay
Pete's Super Submarine into Subway
Firebird become Firefox (by Mozilla)
Here is an interesting one:
Confinity was named to "merge the words confidence and infinity."
One year later, the company was renamed PayPal.
I think the last example is "branding" at work. Confinity had backup.
Who has their finger on the hearts and minds of those your company serves best?  (Something an investor will say yes?)
Do the engineers?  Do those in the trenches who think about the products and services day and night?  Or is a person who is connected and is focused on listening to what inspires people --- and what they share.
The things on your list are movable - changeable.  Themes, images, colors, etc. Even without a name change they will most likely evolve. Technology, culture and habits forces the evolution.
"Good enough today is not good enough tomorrow"
I have sat in on too many "branding" meetings to search for the right words, phrases, names.  Each time I look around the room... all very bright people, but they have a similar world view. Who in the room recognizes the "Purple Cow" and who understands how it will be expressed that makes people share.
There are days we need to do more than leverage our current foundation of skills and leap forward with a paradigm shift.  Maybe the advisor is that person... maybe not.
A fresh set up eyes will ask "what if...".  The pros and cons will be considered.
Reality check:
I did not participate with FounderDating - until they announced there was going to be a name change. :)  I wish it would happen sooner.
Fun idea:
Bill Murray will tell you that he goes up and down elevators or stands at a bar of strangers (long ago).  A company name is meant to bring curiosity.  In an elevator or bar - or event... introduce yourself to strangers.  I am with _______. What is their body language and response to the current name and any crazy names ---- as a test.
Just because someone says so... nope.
But when someone genius asks "what if...." - I listen and consider pros and cons.  (A good time for a SWOT analysis?) 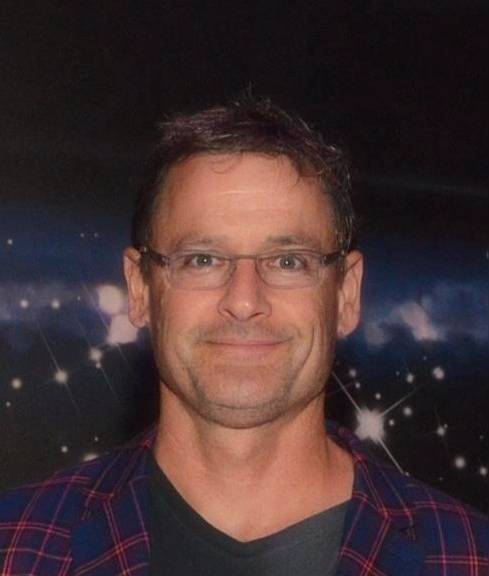 Advisors ask lots of questions. I wouldn't read too much into it. You might want to ask more about the reason for the question and for any suggested alternatives he/she might have. But don't change your company name simply because an advisor asked. 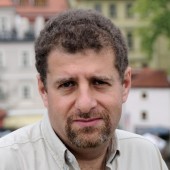 Find out why the advisor is suggesting this. Talk with the team, talk with other people. it might be a valid concern or a personal preference. I work with some startups where their name can have a dual meaning bad for business. If it's a personal preference just explain your position and move on.

All mothers think their babies are cute. Maybe your advisor is wrong.. but maybe he is right. Go get other opinions. Sure it is costly to change your website and branding. It's also costly to not to make it because you have a decent product or service and are executing well but get limited by poor image or brand. You are the mother here.

First, advisors are not there to teach the team. Advisors are there to provide insight and guidance. There's a thin line between "teaching", "controlling" and "advising".

That said, you founded the company, I'm sure you put a thoughtful process on the name, and if the whole team agrees, why then do you think the advisor is right?

Seems like you have doubts in the name, so maybe it's time to rethink on the name. But do not change the name just because you are told to.

Some thoughtful and useful advice here. Some seems a bit stubborn.
Presumably you brought this person on as an advisor because you respect his / her opinion. Don't blindly say "Yes, we'll change the name, sir!" - dig into his / her reasoning and look at it analytically. Float / test the idea of new names (particularly those he is able to suggest).
All in all, this seems worthy of a series of meetings or discussions to get to the root, test the idea, and make a decision. Simply discounting it as "our name is fine, go away" will damage the relationship and you're correct - it will make you seem un-teachable / un-advisable. And you don't want that.

It could not hurt to have an in/out :-(( house contest to see what the advisers and staff come up with...There is a very famous analytics guy here in Chicago who named his company with his last name, Spartz....When the money come to roost they changed to DOSE which has no product identification which I think is a big part of the exercise...

Nickolay, This is an interesting, common, yet tough conundrum! I have worked for Coca-Cola in branding for 14 years, and more recently work with VC and star-ups. New brand development in larger organizations entails a lot of thought (Brand Vision & Architecture development), consumer research and legal work to make sure you have developed the most optimal brand proposition you can. With start-ups you work iteratively, lean and continue to evolve and improve. That works great for most other aspects, yet it's tough on branding! My thoughts not knowing what you do: -How comfortable are you strategically that the brand makes sense? -With your current branding can you explain your band idea in one sentence or less? - Does it differentiate you? -How critical is the branding (B2B vs B2C, industry Etc) -What would the cost and implications to re-brand be? Hope this helps think through it.... Cheers, Sreten Sreten John Gajic Versus Ventures +1 404 409 7703